We get off to a late start today because of my detour to the Jamestown Verizon store. I end up buying an iPad for my hotspot connection. Don’t ask, it made sense at the time. I have to wait so long till it is my turn in the queue that I forget to find out how to actually use my hotspot with my laptop. I will deal with that later and as my son, Brian, advised me, just go for it and cancel the service later if it proves unnecessary. We finally leave Camp Chautauqua in the pouring rain at 1:30. Poor Jeff has to attach the tow dolly and the car in a downpour! Because of our late start we opt to spend the night near Ithaca, NY instead of driving through to Watertown. We find a place to stay at Pinecreek Campground, a beautiful and peaceful setting in the Finger Lakes region. Yes, we choose to skip the major cities and drive a more scenic route. 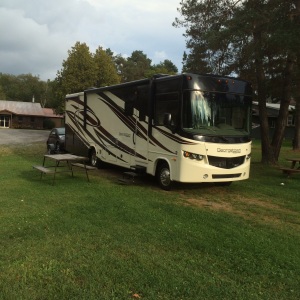 About the Finger Lakes

This is a group of eleven long and narrow lakes running more or less north and south in central New York. Early mapmakers thought they resembled fingers on the hand, hence the name. Cayuga and Seneca are among the deepest lakes in the United States. The region was most likely first inhabited by native pre-Iroquois peoples who built the pre-historic Bluff Point Stoneworks. Later, the Finger Lakes region was home to the Iroquois nation whose tribes included the Seneca, Cayuga, Onondaga, Oneida and Mohawk. During colonial times other tribes moved to this area to seek the protection from the powerful Iroquois who successfully prevented the Europeans from settling in the Finger Lakes region. By the late 1700s, however, the Iroquois Confederacy was politically eroding. During the Revolutionary War some Iroquois sided with the British and some with the Americans creating their own civil war among themselves. After the Revolutionary War the remaining Iroquois and other Indians of the region were assigned to live on reservations. (from en.m.wikepedia.org)

The Cayuga Indians controlled this area at the time the first Europeans came to visit this land. The Cayuga’s were one of the powerful Five Nations of the Iroquois League or Haudenosaunee. In 1657 Jesuit missionaries travelled to this region from Quebec which was called New France at that time. Later Algonquin speaking Saponi and Tutelo Indians settled at the southern end of what is now Lake Cayuga. Remnants of these tribes had been forced out of North Carolina by European settlers. The Tuscarora people also migrated here from the Carolinas and settled with the Oneida people creating the Sixth Nation of the Haudenosaunee in 1722. Around 1791 the land on what is now downtown Ithaca was surveyed, divided into lots and sold. A grist mill came next, followed by the first frame house, a post office and a tavern. Ithaca became a transshipping point for salt from curing beds in Salina, New York. Salt was shipped to buyers in the south and east. After the War of 1812 Ithaca became the trade center for gypsum used for fertilizer. After the Civil War Ezra Cornell financed the building of railroads from Ithaca to surrounding cities. In the late 1800s the Ithaca Gun Company was established where a nearby waterfall supplied the main source of energy for its operation. John Philip Sousa and Annie Oakley favored Ithaca guns. By 1937 the company’s 12-gauge shotguns were standard issue used by the NYPD and LAPD. (from en.m.wikepedia.org) 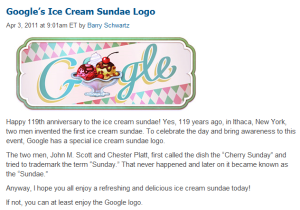