From the Marina turn right onto Riverside Drive, heading east. Turn right at Lakeshore Drive and head south. At the fork in the road bear left and continue on Graham Avenue until it intersects with Main Street.

Lake Elsinore’s downtown dates back to 1888 when the city became incorporated as Elsinore with a population of 1,000. 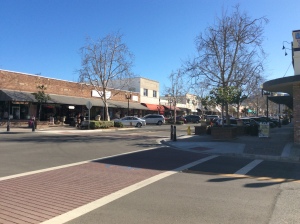 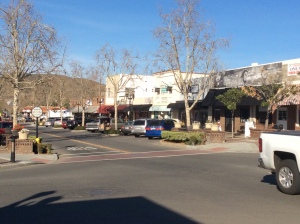 But let’s step back in time to discover a little bit about its history and how it became known as Lake Elsinore.

The earliest inhabitants were the Luiseno tribe of Native Americans and they called the area “Entengvo Wumoma” which meant Hot Springs by the Little Sea. Later the Spaniards named the lake Laguna Grande and when the future city became part of a Mexican land grant, the area was known as Rancho La Laguna.

Fast forward now to 1858. Don Agustin Machado acquires the entire 12,832 acres of the Rancho and builds a house on what is now Grand Avenue as part of the Butterfield stage coach route relay station for passengers and mail.

The house is now vacant but it remains in an open field near the intersection of Riverside Drive and Grand Avenue facing west toward the Ortega Highway. 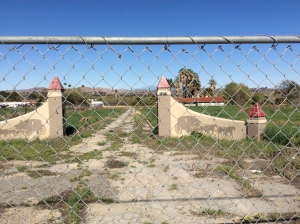 In 1883 Franklin Heald purchases the Rancho for $24,000. A wife of one of the group of founders names the city Elsinore after the Danish city mentioned in Shakespeare’s play, Hamlet.

Heading back downtown, The Crescent Bath House, known as “The Chimes”, opened in 1887. Visitors came seeking the healing power of the hot springs rich in minerals and sulphur. Today this building still stands on the corner of Graham Avenue and Spring Street but is no longer open to the public. 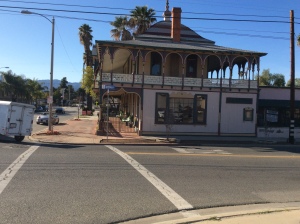 Diagonally across the street from “The Chimes” is the Atchinson, Topeka, and Santa Fe Train Depot. The building is now home to the Lake Elsinore Chamber of Commerce.

The caption on the mural reads: Elsinore Santa Fe Train Station depicted here, circa late 1890s with a few of our founders. From left Donald Graham, Margaret Collier Graham, William Collier, and Capt. Leonard Buckingham Peck. (Yes, I know the order of names is incorrect. So, who is William and who is Leonard?)

One thought on “You Can Always Go… Downtown Part 1”