I am post-dating this experience from a year ago, when Amanda and John still lived in Irvine and Jeff and I spent our first winter in Lake Elsinore. As we are getting ready to head north for southern Oregon, I need to tie up some loose ends.

After visiting Santa Monica Pier and enjoying a yummy lunch at Big Dean’s Ocean Front Cafe, John insists we take a peek at nearby Venice Beach, and I am so glad we did!

Fourteen miles west of Los Angeles and originally named “Venice of America”, the city of Venice was founded by tobacco millionaire, Abbot Kinney, in 1905 as a seaside resort. He dug canals to drain the marshy land and built a 1,200 foot pier. The canals inspired the Venetian theme. Tourists could ride gondolas to visit the dance hall, auditorium, arcade, and restaurant, all decked out (ha, ha) in Venetian architecture.

By 1910 attractions on the Kinney pier became more amusement-oriented with  rides and game booths.

Unfortunately the amusement pier burned down in December of 1920, 6 weeks or so after Kinney died. His family, however carried on and quickly rebuilt the pier adding more rides and game booths. By 1925 the Venice amusement pier became the best one on the West Coast.

In 1926 Venice was annexed to Los Angeles due to a fractitious political climate and deteriorating roads, water and sewage systems. The city of LA paved in the canals to make more streets in 1929. In 1946, the year their leases expired, Venice’s 3 amusement piers were closed.

Meanwhile Los Angeles continued to neglect Venice and in the 1950s, the annexed city became known as the “Slum by the Sea.”

Run-down bungalows with low rents attracted European immigrants, many of which were Holocaust survivors, and young counterculture artists, poets, and writers. (en.m.wikipedia.org)

The iconic site to visit in Venice is the promenade stretching for 1 1/2 miles along the Pacific Ocean. Also known as the “Ocean Front Walk” or simply the boardwalk, (en.m.wikipedia.org) this is the most colorful place to wander, people-watch, be spontaneously entertained, exercise, and shop. Each day is different. No day is boring.  From Muscle Beach to the handball, paddle tennis, and numerous beach volleyball courts, to the Skate Dancing plaza, bike trail, souvenir shops and stall, medical marijuana dispensaries, and street performers… Venice Beach is an eclectic mecca for the culturally diverse. 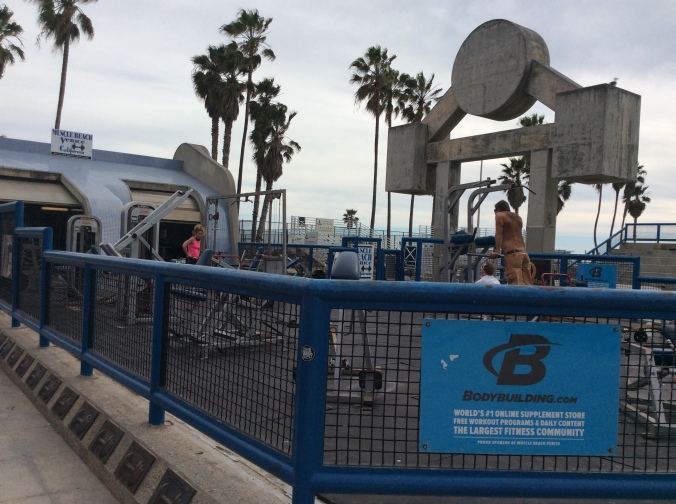 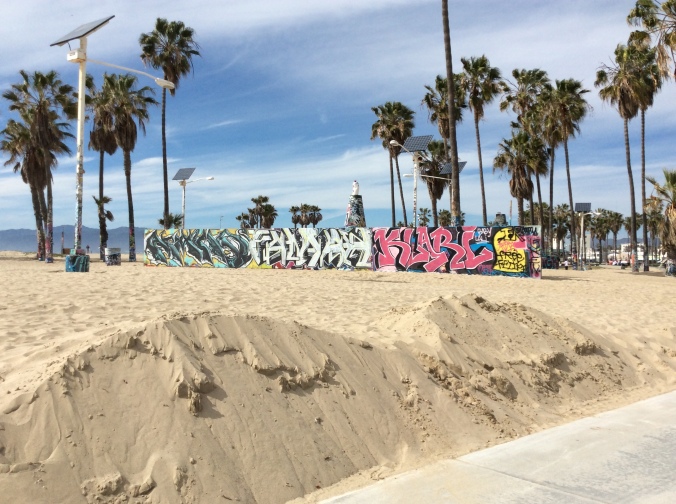 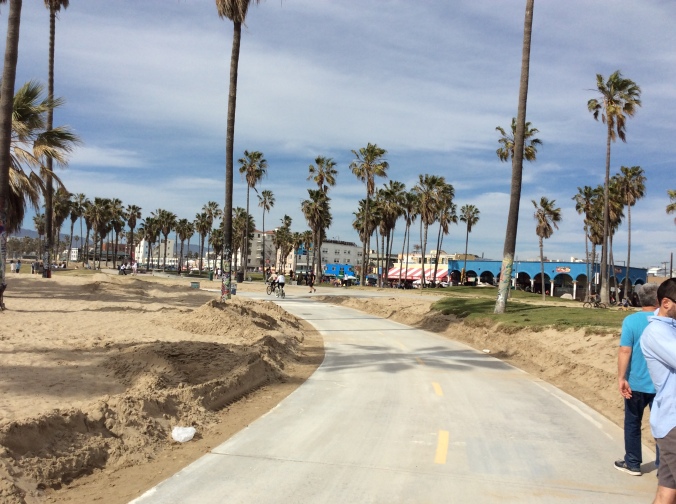 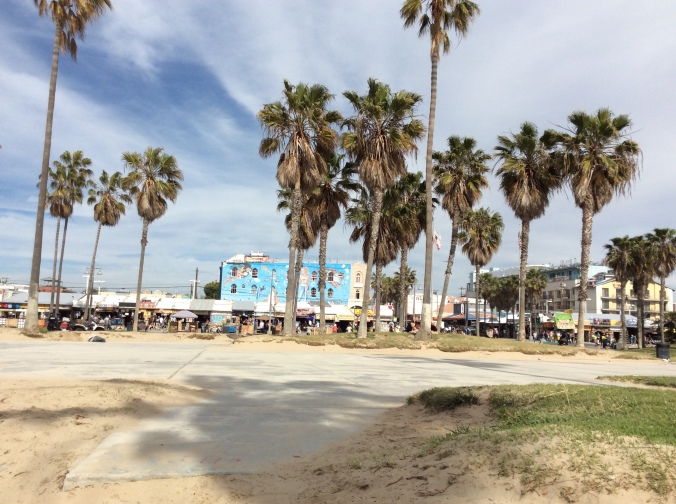 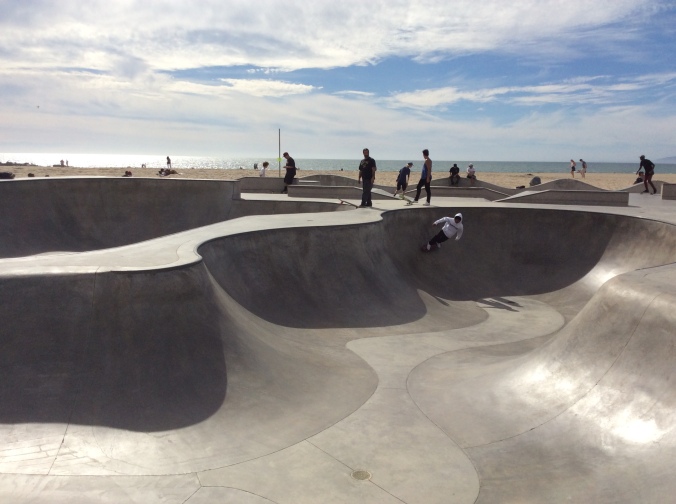 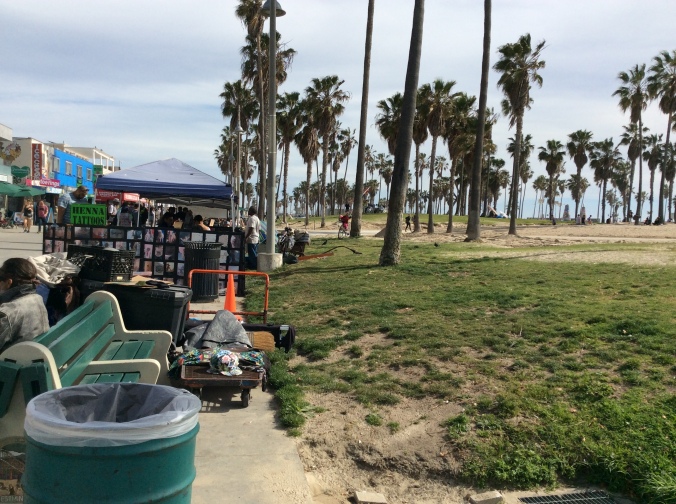