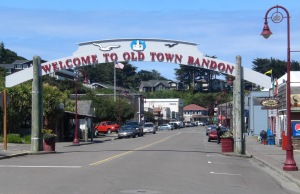 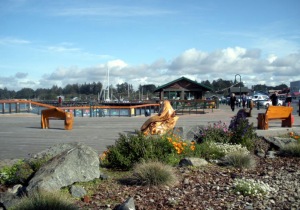 Bandon is about 18 miles southwest of Coquille

and 24 miles southwest of Coos Bay.

In 1852 Henry Baldwin, from County Cork, Ireland, found himself shipwrecked in Coos Bay and walked into the area known as Bandon today.

A 2012 archaeological dig uncovered artifacts from the shipwrecked Captain Lincoln. 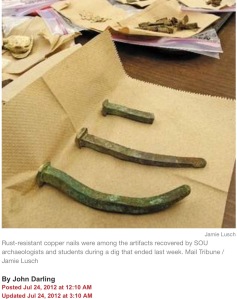 The first permanent settlers arrived in 1853. In 1856 the indigenous Americans living here were exiled to the Siletz Reservation, a 120-mile-long strip of land along the coast of Oregon. In 1859 the Coquille River served as a trading outlet for inland produce and resources.

Bandon was founded by George Bennett in 1873 and named after his hometown in Ireland. Besides bringing his sons and friends with him, Bennett also introduced gorse into the area. (en.m.wikipedia.org)

Gorse, also known as furze or whin, is a yellow-flowered native shrub of Ireland with bluish-green spiny stems. Over time the leaves have evolved into puckered thorns in order to adapt to the harsh winters in higher altitudes. (wildflowersofireland.net) 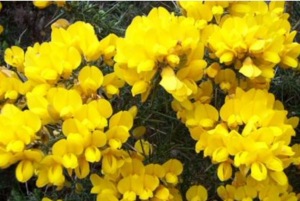 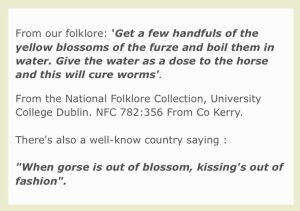 A thick mass of prickly spines and thorns, the plant is also oily and therefore easily catches fire. A forest fire in 1936 proved this to be true. When a shift in winds drove the fire westward, Bandon’s thickets of gorse became engulfed in flames and because of the shrubs’ oily nature, spraying water on them only made it worse. Most of the city’s commercial area was ruined. Imagine a giant kitchen grease fire. Spray water on it and it just spreads more. 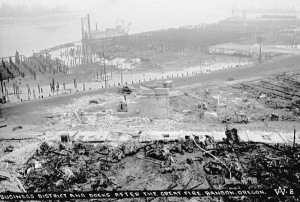 Gorse still grows in Bandon today but its height and thickness is regulated. (en.m.wikipedia.org)

Cranberries were also introduced to Bandon when Charles McFarlin  brought vines with him from Massachusetts in 1885. McFarlin originally came to Oregon’s coast to pan for gold but, when this venture did not “pan” out, he planted cranberries instead. Bandon is nicknamed  the “Cranberry Capital of Oregon.” The Annual Cranberry Festival takes place the second weekend of September. (en.m.wikipedia.org) 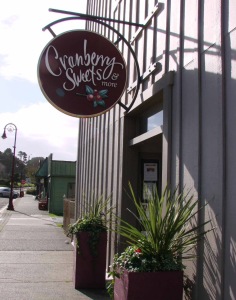 I went inside intending to purchase a small treat. Instead I walked around sampling goodies and could not make up my mind. So I left empty-handed this time around. 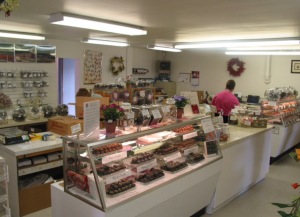 The jellied candies were not my favorites, however, the cheddar cheese fudge was delicious as were the blueberry and pb&j popcorn. I can’t remember what else I sampled. Other treats include licorice, saltwater taffy, rock candy, coffees, teas, jellies, and handmade soaps.

The views of the Pacific coast are spectacular in Bandon! 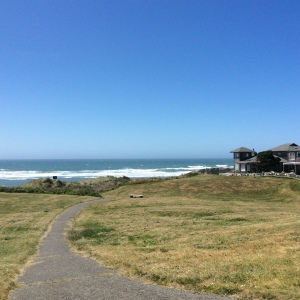 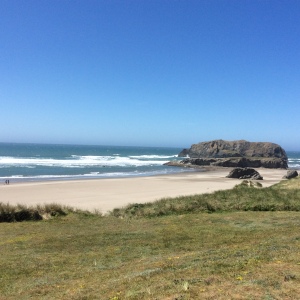 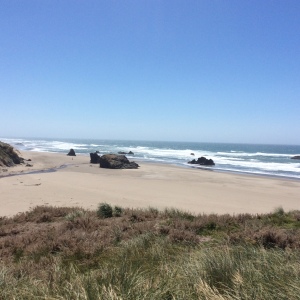 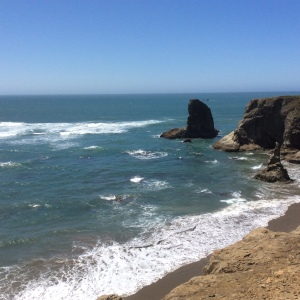 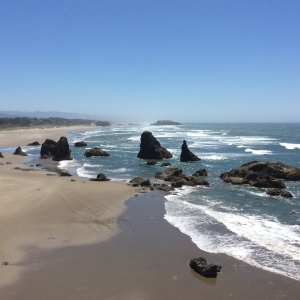 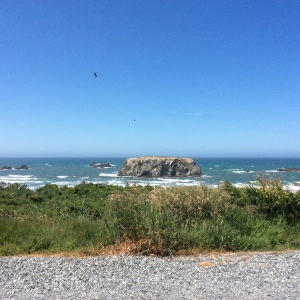 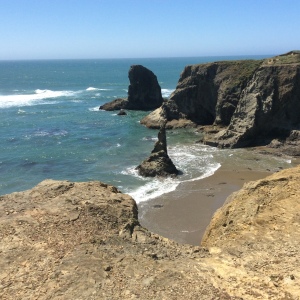 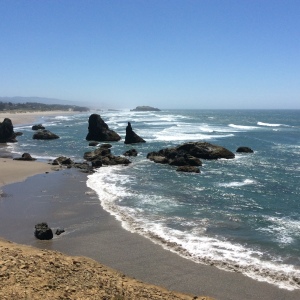 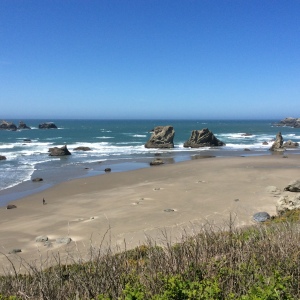 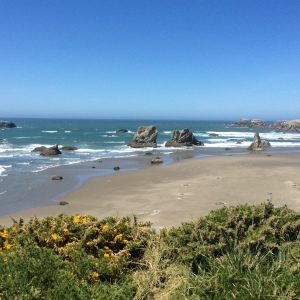 Below is the famous “Face Rock”. Can you see the face looking up into the sky? 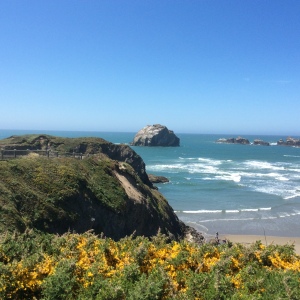 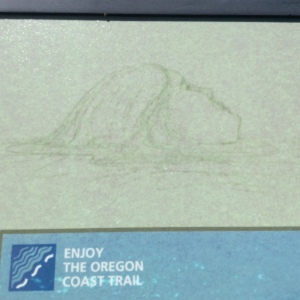 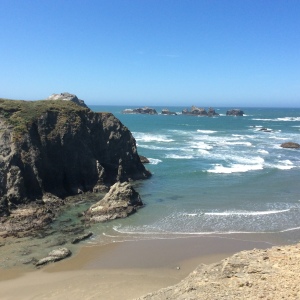 The Story Behind Face Rock

In 1909 Otilla Kronenburg transcribed the legend as told by Mary, an elder of the Coquille Tribe.

Seatka is the evil spirit who lives in the ocean and children are warned to stay away from the sea, especially at night. Ewauna, however, is visiting from the mountains and is mesmerized by this place where the beautiful white clouds must be made. One evening, when everyone else is asleep, she sneaks off to the beach with her dog, Komax. In a small basket she carries her cat and its kittens. Leaving the animals on shore, Ewauna wanders out into the sea, swimming further and further away, until the evil Seatka grabs her and tries to force her to look into his eyes. The girl, however, musters all of her strength and relentlessly continues to gaze up at the moon. Meanwhile, Komax grabs the basket of cats and swims out to rescue Ewauna by biting the evil spirit’s hand. Seatka shakes the dog from his body scattering the pets in the basket into the ocean and sending the dog back near shore. (thebandonguide.com)

You can see Ewauna and the cat and kittens in the picture below. Her pets are to the right of her chin. 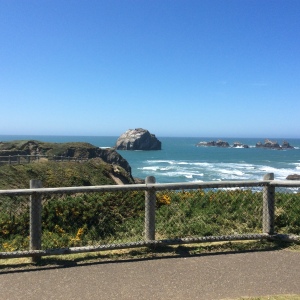 Before traveling back to Remote we stopped at Tony’s Crab Shack for some scrumptious clam chowder. 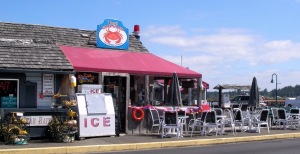