Seventeen miles off Highway190, that winds through Death Valley, the desert road leads

to the lowest point in the Western Hemisphere. 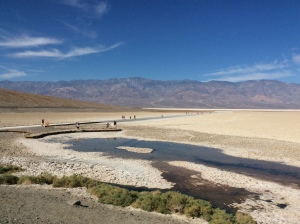 Looking up at the Black Mountains to the east there is a sign that marks sea level, the average elevation of the world’s ocean surface and the standard by which all other elevations are measured. (plaque at site)

Now that you have a reference point, can you spot the sea level sign?

Here’s another perspective… We are out on the salt flats looking toward the mountains towering above other amazed tourists. 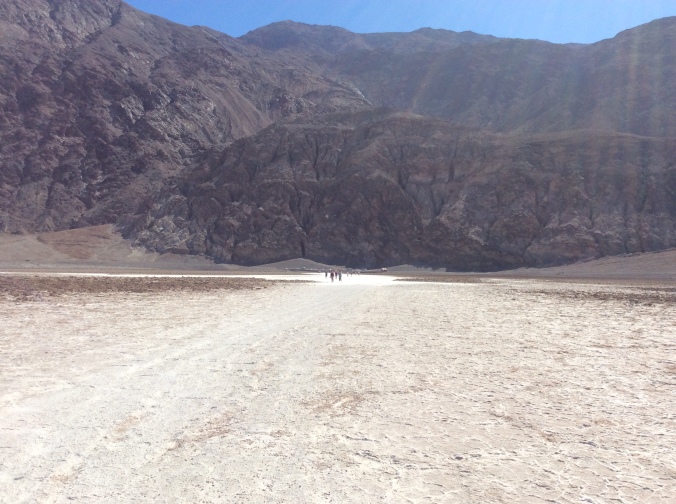 I look up and imagine myself walking on the bottom of what was once an ocean and feel claustrophobic. But then I find out that there never was an ocean here.

We are actually standing between the edges of 2 fault blocks that keep pushing upward the Black Mountains to the east and the Panamint Mountains to the west. Meanwhile parallel fault lines fracture the earth’s crust below continually spreading the basin floor apart and pushing it lower. (plaque at site) 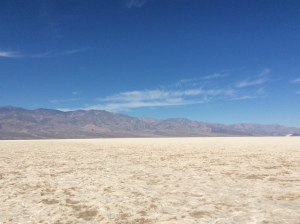 Earthquakes, fault lines, erosion, and a dry climate are responsible for the drop in sea level and the birth of Death Valley. Rain washes sand, silt, gravel, and salt down into the basin creating temporary lakes that have no where to go. The faults in the earth’s crust are also eroding, and at a much faster pace than the surrounding cliffs. The basin, therefore, drops quicker than it can fill with eroded debris.

The temporary lakes evaporate and leave behind the salt flats we are walking upon. (plaque at site) 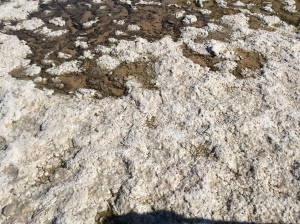 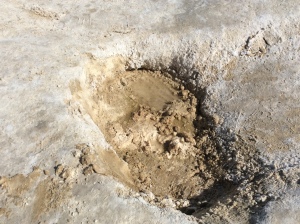 Salt crystals expand into a crust and push upward to create erratic patterns of white veins. (plaque at site) 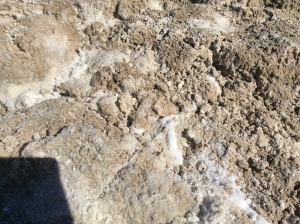 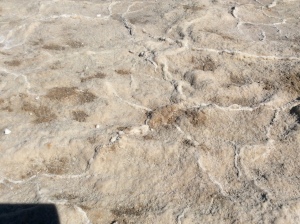 But why the name, Badwater?

The pool of water below is spring-fed. 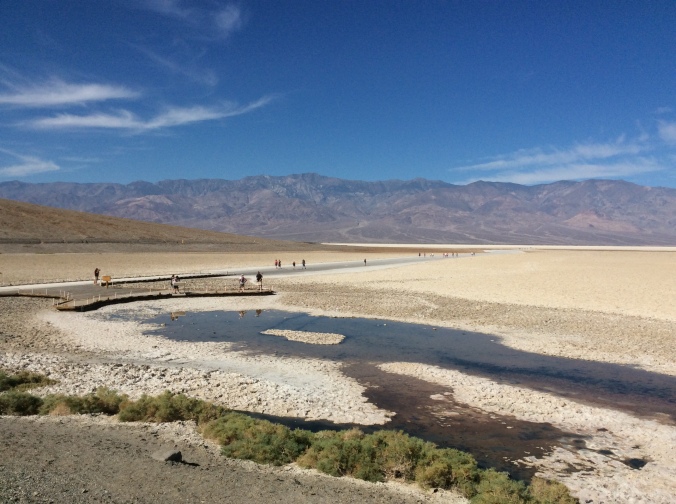 When surveyors were originally mapping this area, they brought their mules here to drink the water. But the mules refused to drink. On their maps surveyors jotted down “bad water” and eventually the name stuck. The water wasn’t poisonous, just salty! (plaque at site)