A Short, But Rocky Scramble

I knew there was a Falls somewhere off the Ortega Highway, near the Candy Store. I also knew that with the drought, it was dried up and not cascading last year when we stayed in Lake Elsinore for the winter. But this year was different, turning cooler and wetter with severe storms pummeling Southern California. One such storm damaged a section of Road on the Ortega Highway in Orange County preventing traffic flowing from Lake Elsinore to San Juan Capistrano.

But businesses such as the Candy Store, Kristy’s Country Store, Hell’s Kitchen, and The Lookout House were still open, as were our favorite places to hike. It took a homemade sign near the intersection of Grand Avenue and the Ortega Highway to remind me of the Falls. It simply said Candy Store, Hiking, Falls, Camping.

We have driven by this dirt packed turnout between El Cariso Village and the Candy Store many many times not knowing that a trail leading to the Ortega Falls is hidden here. (Or, that from the turnout you could actually view the waterfall.) 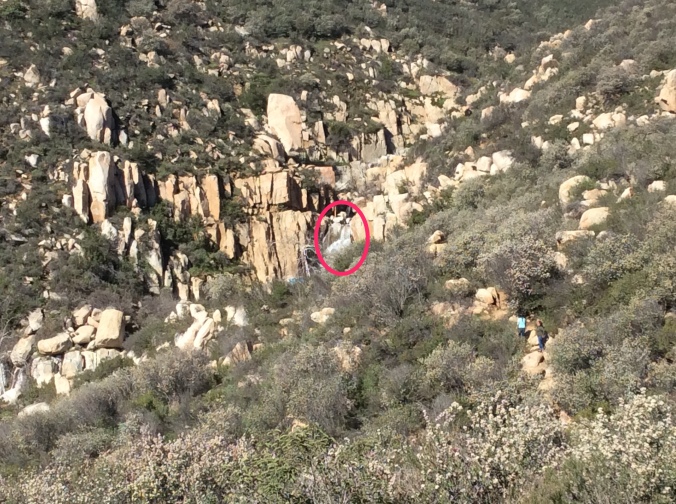 So, bound and determined, I used Google Maps for an exact location, trying to visualize the turnout.

Apparently, some 5+ years ago the turnout was marked by a sign requiring all parked cars to display an Adventure Pass or its equivalent. 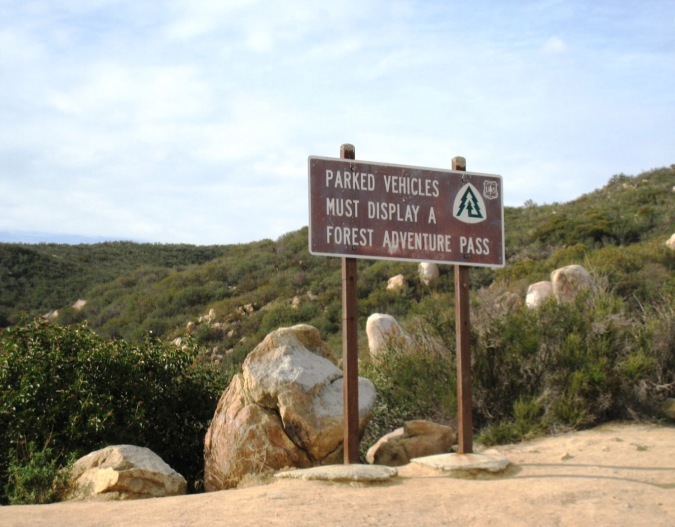 So, after several rainy days we go exploring in search of the Ortega Falls.

There are several trails leading from the turnout where we park, beside many other cars filled with fellow hikers and waterfall seekers. We choose one because Jeff assures me that all trails will meet eventually. As we start out I capture the Santa Ana Mountains above us. 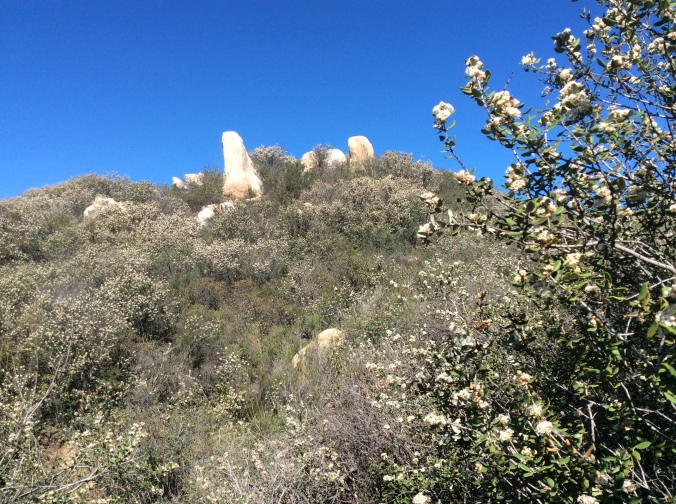 According to hikespeak.com, Ortega Falls is a 35-foot seasonal waterfall just off the Ortega Highway in the Santa Ana Mountains. Although the hike to and back is only 1/3 of a mile, the most prominent trail is an arduous scramble of rocks leading to the base of the Falls. Apparently we missed the fork in the trail leading to the right “uphill along the lip of the canyon along a dirt and rock trail heading straight to the base of the Falls.”

I scramble on my butt and knees while Jeff confidently hops from rock to rock until it becomes too slippery. (In my defense, I have miss-stepped one too many times spraining my ankle or hurting my knee.) Too much caution, however can be just as dangerous. I rely on Jeff’s strong arms and encouragement to support me.

We arrive at the pool beneath the Falls. (Other hikers along the way have expressed my same hesitation to continue. But a father and his small son jump from rock to rock in bare feet.) 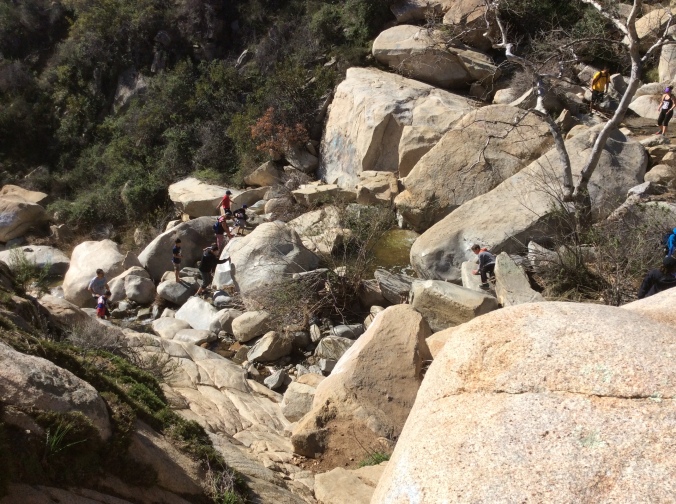 Below the pool, the cascade continues. 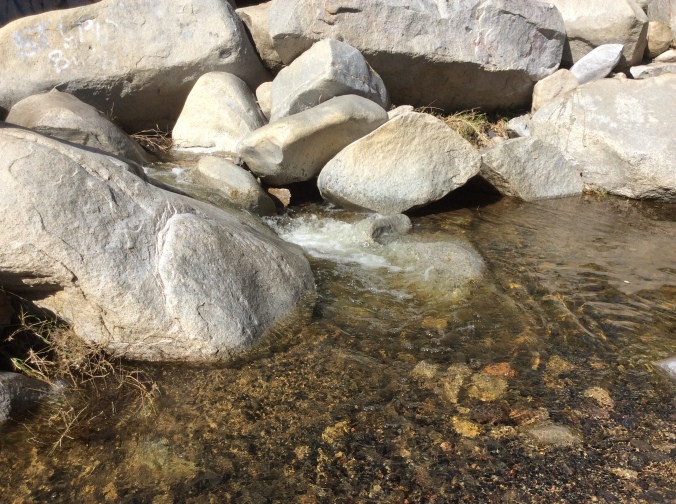 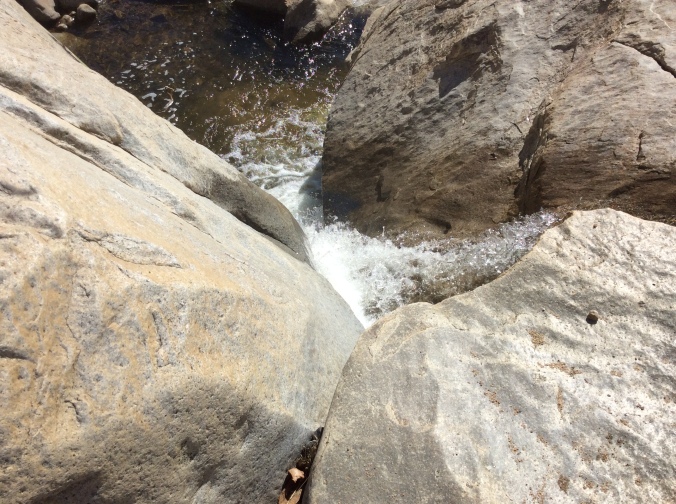 We look up to the top of the Falls.

And decide to head back.

I take a picture of the trail back. Can you find it?