O is for Oliver and Ohio

I flew to Columbus, OH on March 29th for my grandson’s 2nd birthday. My son, Brian, and daughter-in-law, Jen, and I had been planning Oliver’s party long distance.

After discussing various themes, Jen and Brian settled on the Alphabet. Oliver really enjoys books. He chooses his favorites and brings them to you. Then he turns around and settles himself in your lap so that you can read them together.

But recently Oliver has discovered the letters of the alphabet. Amazingly so, he can identify both upper case and lower case letters!

So, his birthday theme started to take shape.

The brunch menu centered around the letters of his name…

Vanilla waffles and a Veggie side of asparagus

The decorations were easy… ABCs everywhere! 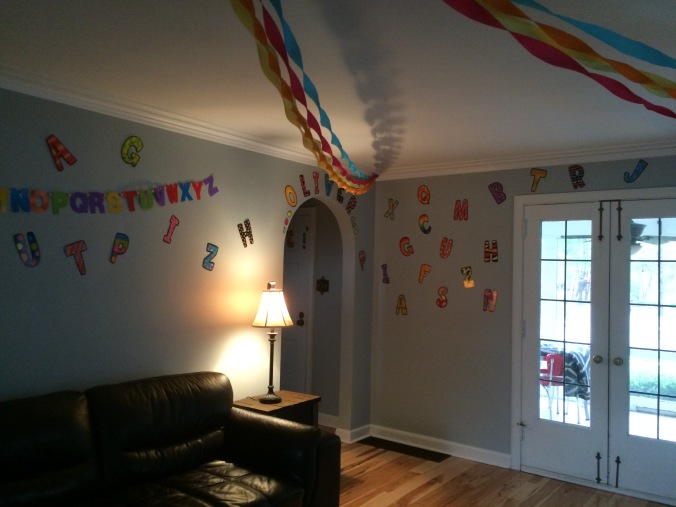 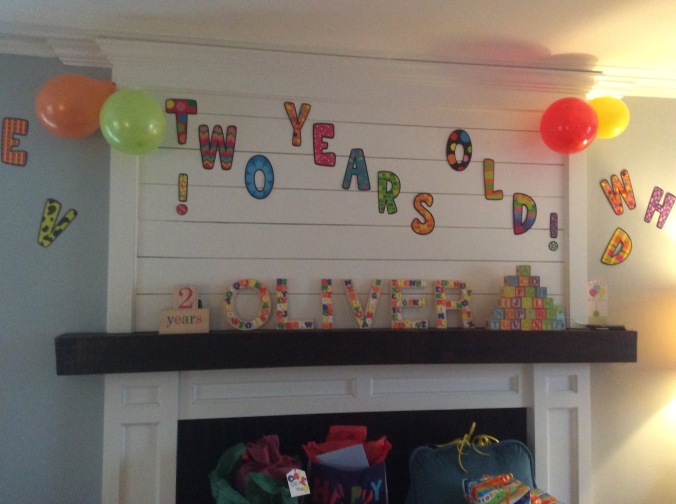 Ollie woke up to a paradise of letters. You would have thought he had won the lottery! He pointed, laughed, covered his face with his hands in disbelief, and started identifying all the letters on the walls.

Grammy L (me) and Uncle Andy (Brian’s brother) were already there since we both flew in from out of town.

Unfortunately some of the family could not attend Oliver’s 2nd birthday bash. Uncle Brad (Julie’s husband and Caleb’s Dad) had to work as fireman/EMT responder. Papa Jeff was back in California taking care of our dogs, Casey and Murph. Uncle John and Aunt Amanda (Brian’s brother and sister-in-law) had moved to Dublin, Ireland. Funkle Tim and Thom (my brother and brother-in-law) couldn’t drive in from Warren, Ohio.

We visited, ate, and played a game of sorts… Each guest answered 15 multiple choice questions about OUR ONE and ONLY OLIVER. Did you notice the alphabet alliteration here?

The winner, Aunt KeKe, received a recent 4×6 candid photo of Oliver in a magnetic pouch to display on the refrigerator. But of course no one went home empty handed. Each family unit received a set of magnetic ABCs!

Then Oliver, with Mom’s help, opened his gifts. Ooohh, he kept saying!

He even looked at his cards with Mom… so precious. At one point he walked over to Caleb to share a gift with his cousin. And then when Oliver started clapping his hands, everyone roared with laughter.

Clothes, toys, first games, a zoo membership, shoes, plush “animals” from books, a mint collection of coins, alphabet cards and books… No doubt about it… This munchkin boy loves books! 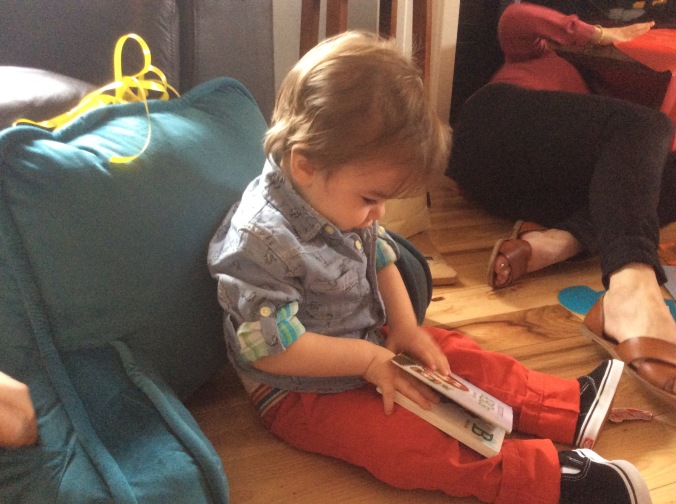 Finally, Oliver had one last gift to open. Another shirt… yeah! But Ollie wasn’t paying attention. And I have to admit, neither were the rest of us until we read the message on the shirt. 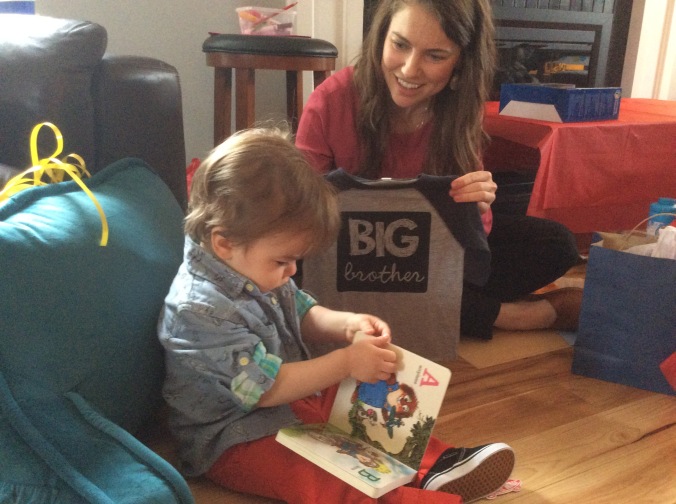 That’s right! Brian and Jen are expecting their second child, due to arrive the beginning of October! What a surprise to all of us and what a clever way to announce it to the family!

I captured some cute moments at the party…

…Spending time on Uncle Andy’s lap, reading books and pointing to his head when he sees a hat. (Even after Andy left, whenever he saw these pictures he exclaimed, “That’s Andy!”) 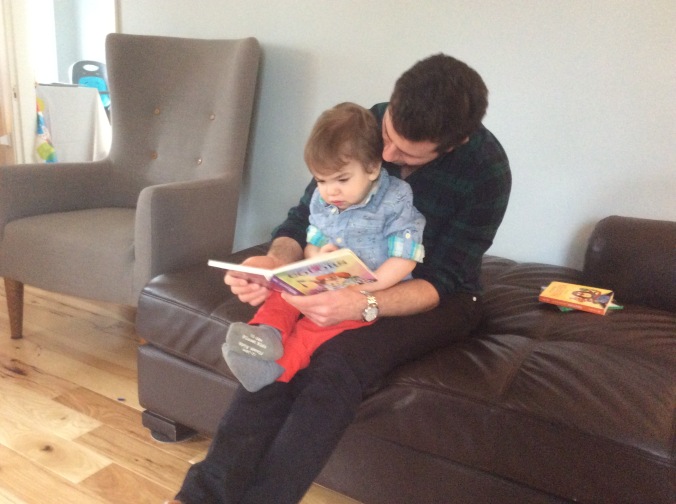 …Ollie cuddling with Thidwick, the big-hearted Moose, and Little Critter. (Later he strapped these onto his John Deere riding toy and pushed them around the house!) 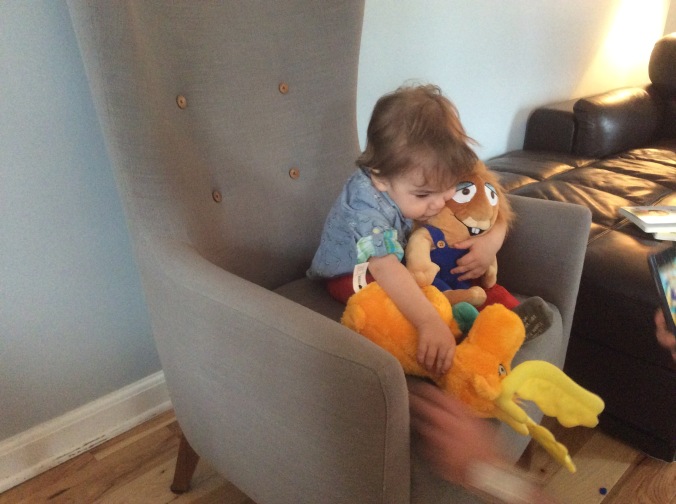 …Reading with Grandpa. (Look at those big smiles of joy!)

…Dad, Mom, and Ollie reading the book from Aunt Amanda and Uncle John, O is All Over. (John wrote and published this book!)

Happy birthday, Oliver! You are Loved!