Four days ago we left Lake Elsinore with temperatures topping 100 degrees. The heat followed us to Lost Hills, northwest of Bakersfield, where we stayed the first night. We still couldn’t shake it the next day either when we stayed overnight in Dunningan, northwest of Sacramento. And even when we arrived at Myers Flat off 101, it was hot enough that we needed a 50 amp hookup so we could run both air conditioning units.

And soon it  begins to feel and look a lot like Oregon.

We pass a sawmill and soon after we see a log truck on the road.

We pass through Humboldt Bay. 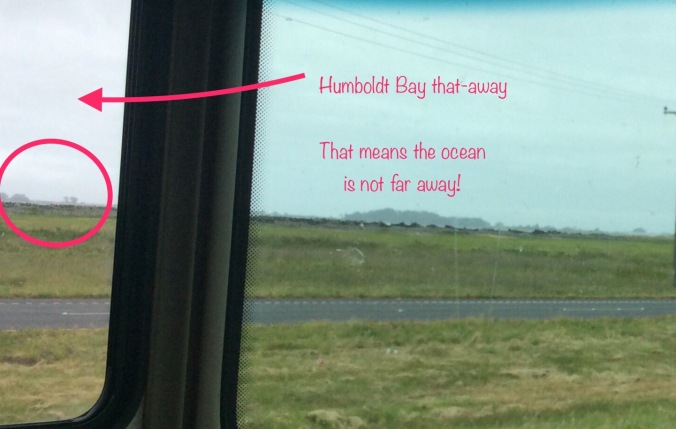 And finally in Eureka, where the 101 becomes the main drag… 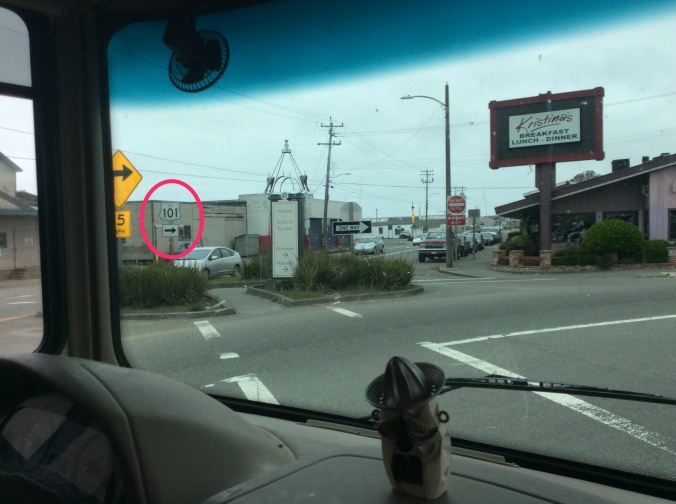 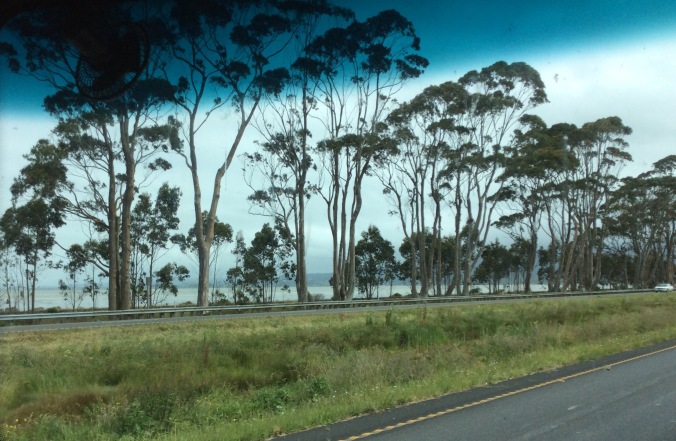 We pass Elk Country RV near Orick where we stayed last September with the herd of elk.

No elk today, but it looks like a group of kids are touring the little red school house on the property.

Just north of here the strand of beach looks just like it did the last time we were here… hazy white skies and pale green ocean. Still beautiful though.

In Klamath we cross the river with the same name with the conspicuous gold bears posted on each of the corners. 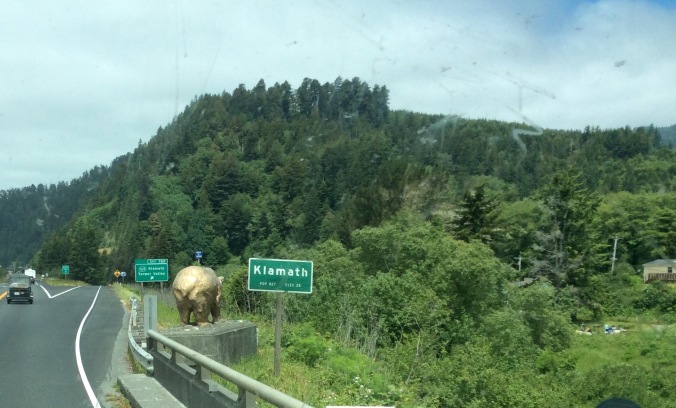 How the Bears Turned Gold is a cute short story by the Klamath Chamber of Commerce. 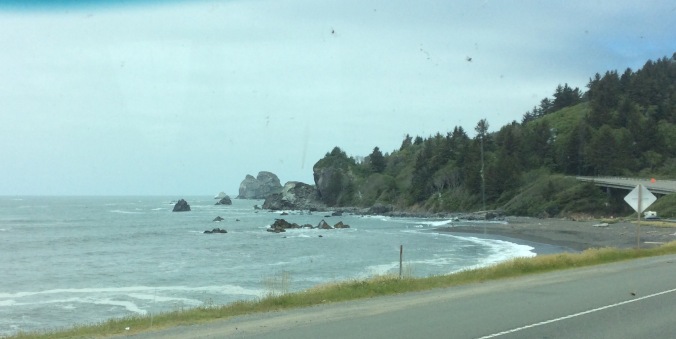 Then we hit a series of construction delays. The rains caused so many landslides this fall and winter. But what a beautiful place to have to wait and travel through slowly… 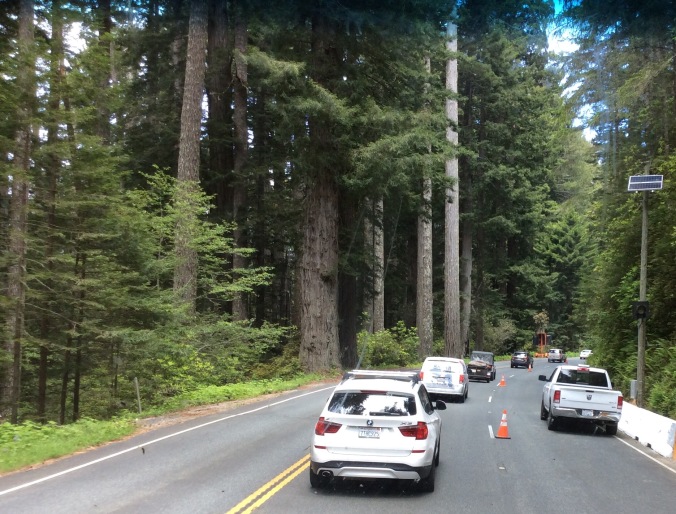 Thirty minutes later we are passing through Crescent City outside of Jedidiah Smith State Park where we stayed for 3 glorious nights, up close and personal with the redwood trees.

Then, just up ahead… 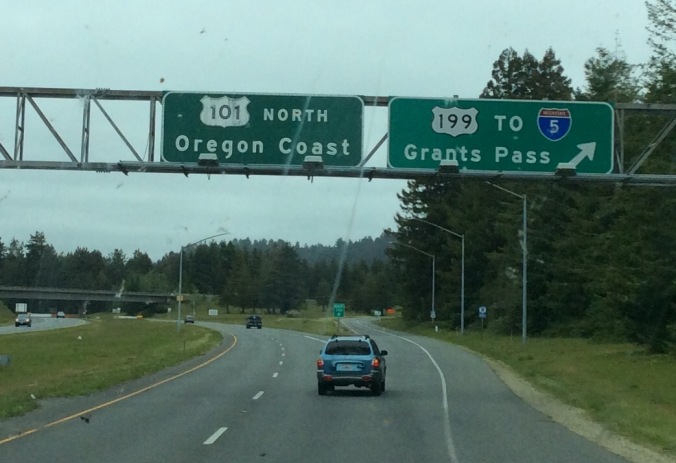 Twenty minutes later we are in Oregon, but I miss the welcome sign. It’s so small and just says “welcome”, so I completely miss it. This sign will have to suffice:

In 5 miles we are passing through Brookings.

We start recognizing the icons of Oregon.  Fred Meyer’s grocery store, the Kroger Company of Oregon… 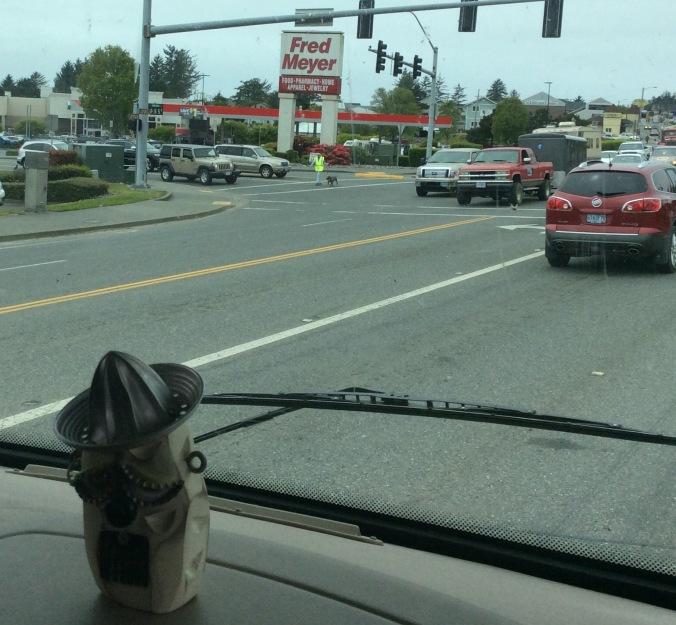 The rocks that make the waves splash… 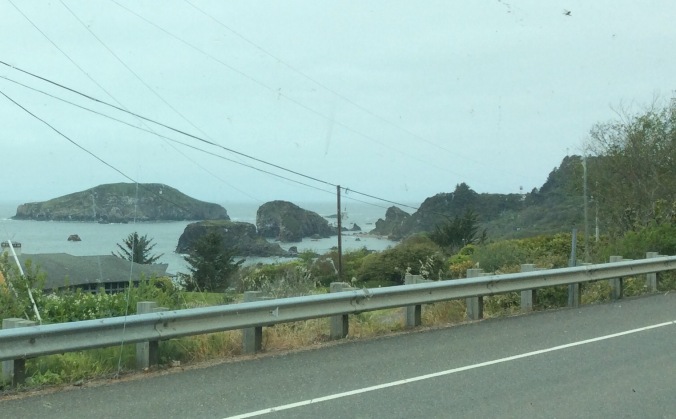 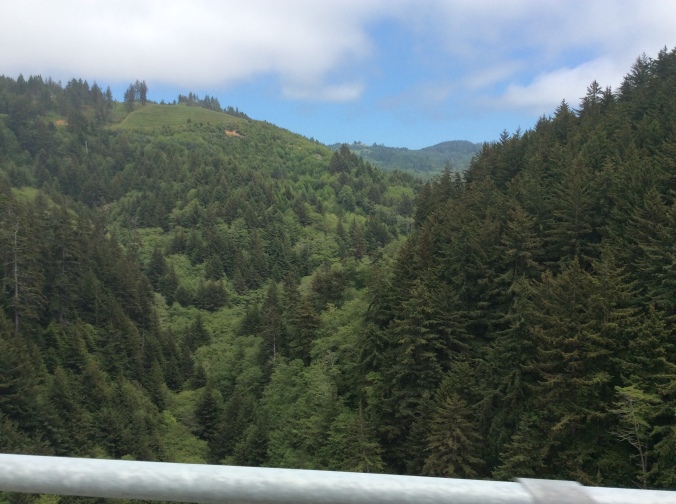 The yellow gorse bushes, introduced in Bandon by an Irish immigrant… 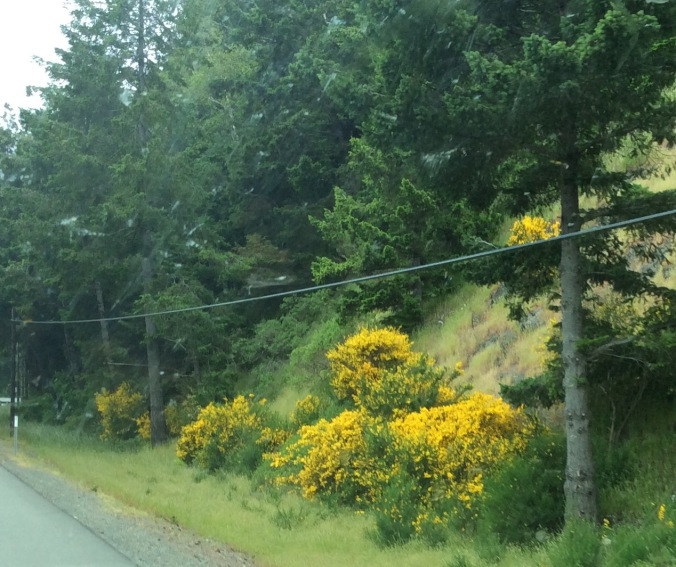 Ah, another icon of Oregon pops up, the driftwood on the beaches… 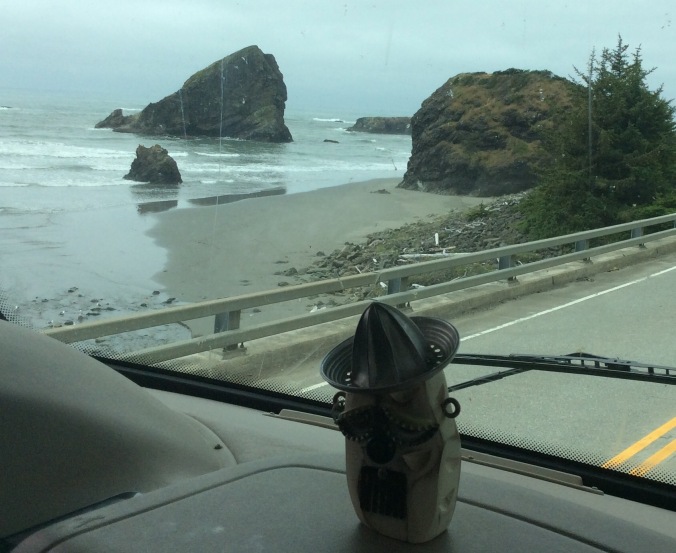 We cross the Rogue River. 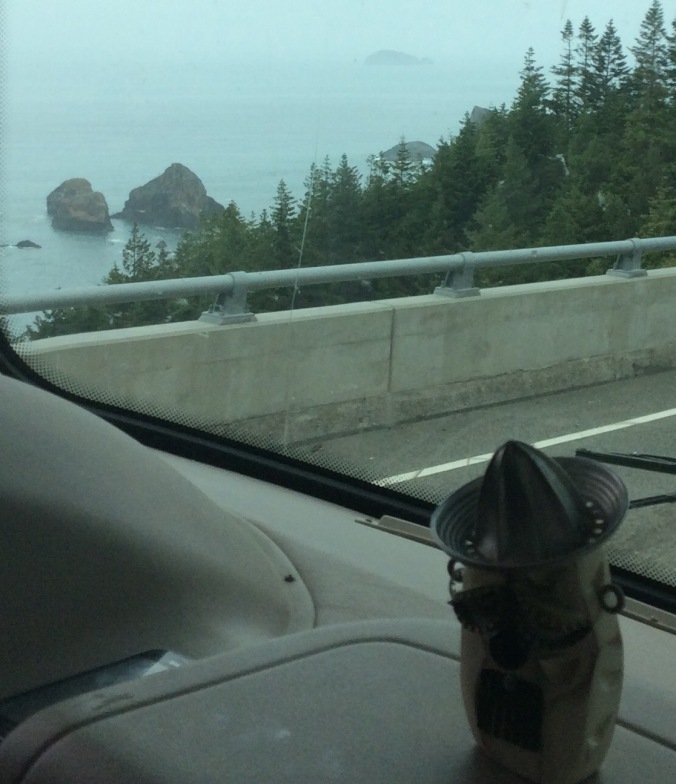 Humbug Mountain and blue skies loom beyond the curve.

Then we turn right, 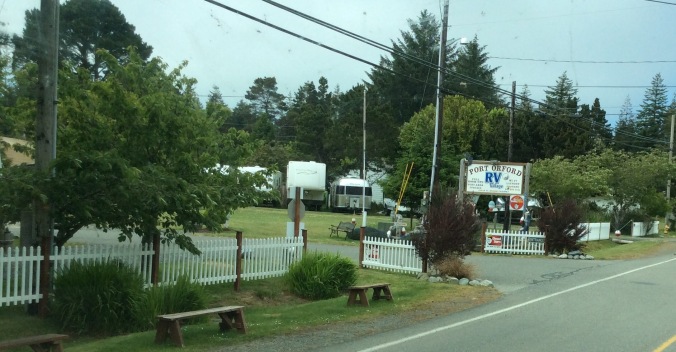 where we pull into our new home for the next month. 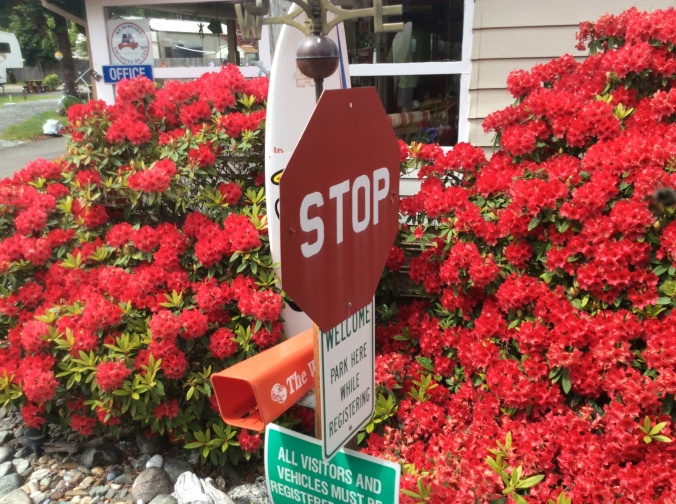