Rising Directly from the Ocean

Humbug rises directly from the Pacific Ocean and stands 1,756 feet above sea level, making it one of the tallest headlands in Oregon. 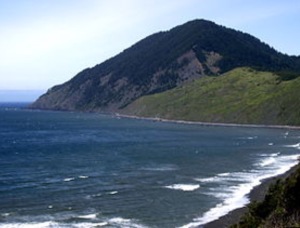 Originally known to Native Americans as Me-tus, Humbug was later named Sugarloaf Mountain. In 1851 it became known as Tichenor’s Humbug when an exploring party sent by Captain William Tichenor, the founder of Port Orford, got lost and headed north of the port instead of south. Tichenor said the name was chosen “to palliate their gross failure.” (enjoyportorford.com)

…from palliate to humbug…  Okay, then, the misdirection was glossed over, covered up, condoned and their misled behavior became humbug… That’s the best I can do to make sense of the name!

So, are you ready for a 5.5 mile hike up Humbug Mountain? Let’s go! 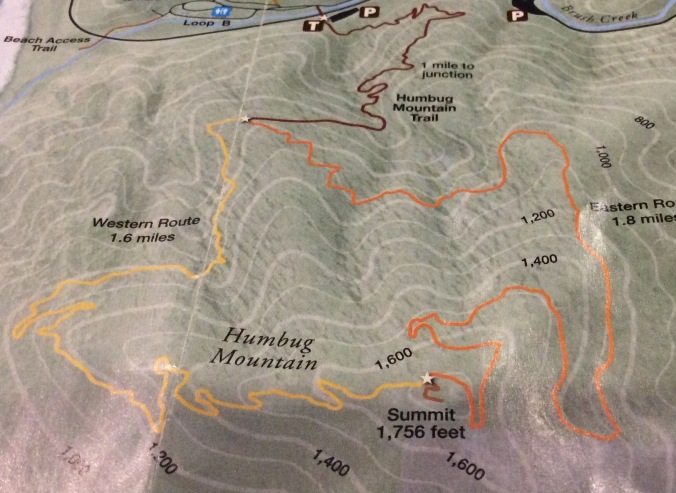 First, we have to cross a muddy creek at the beginning of the trailhead. 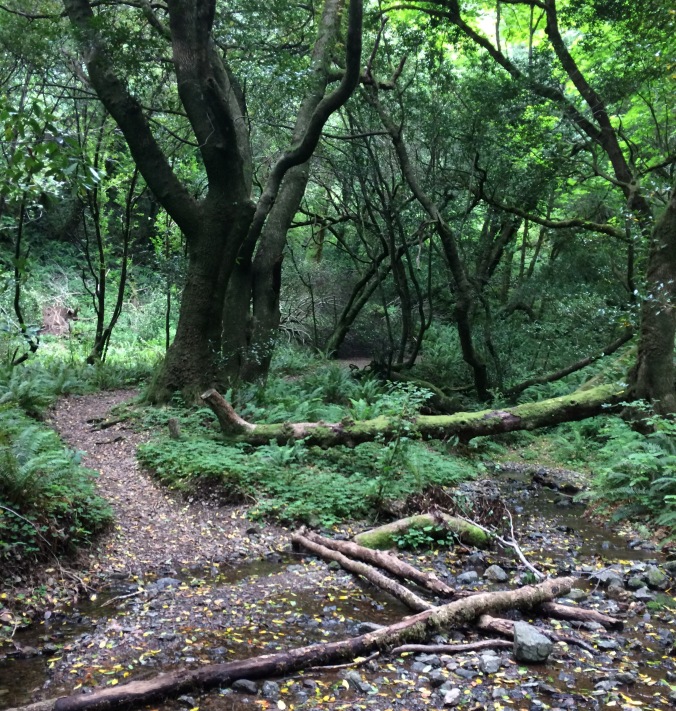 Then we hike steadily up for the next mile on a narrow path. With each switchback the steep edge alternates from right to left. 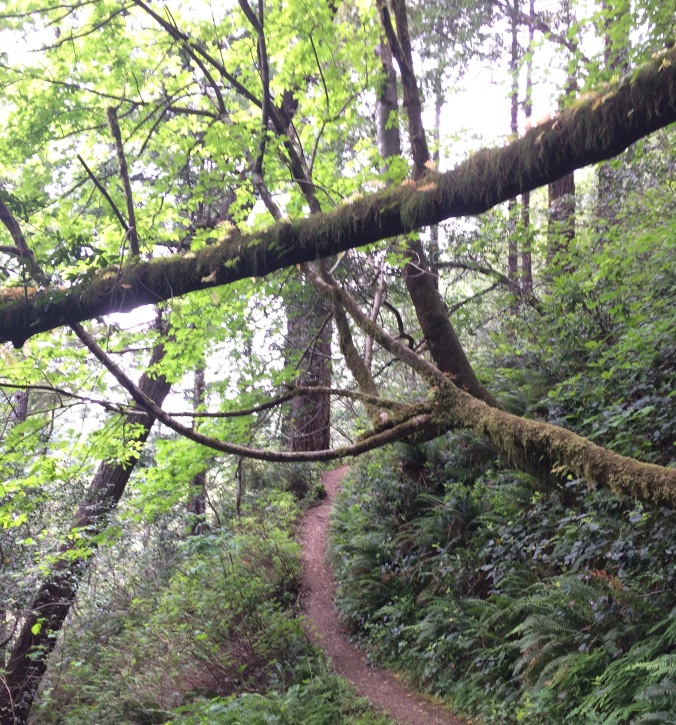 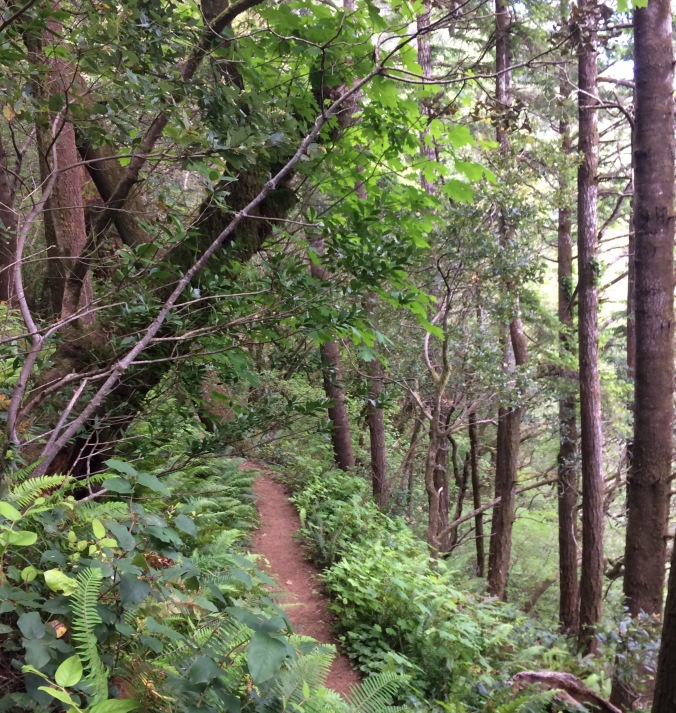 The ocean peeks through the trees. 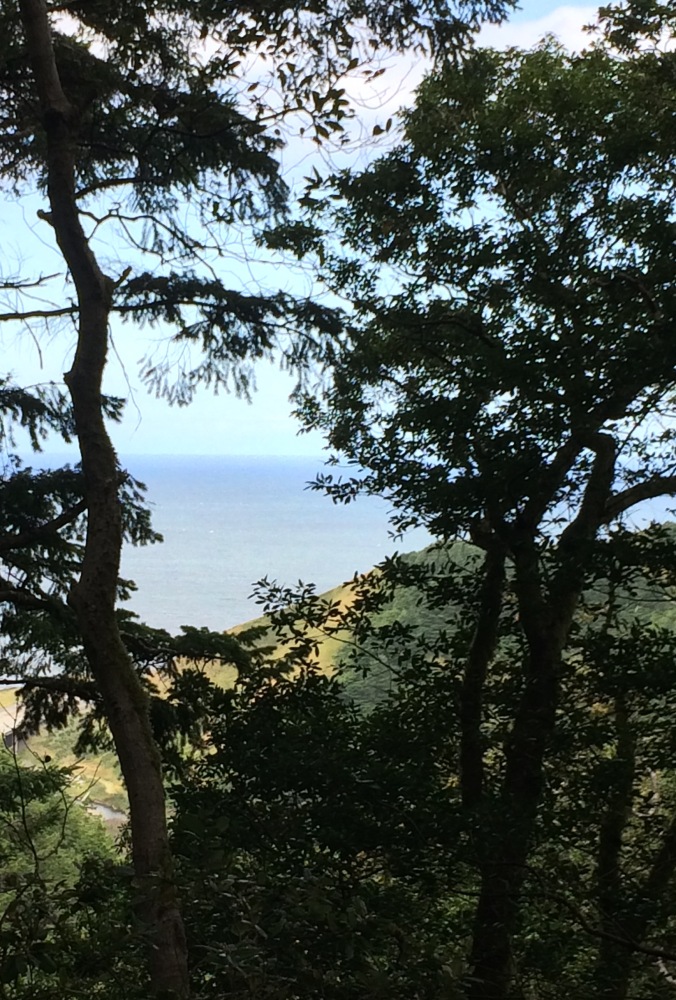 Obstacles on the trail challenge us: 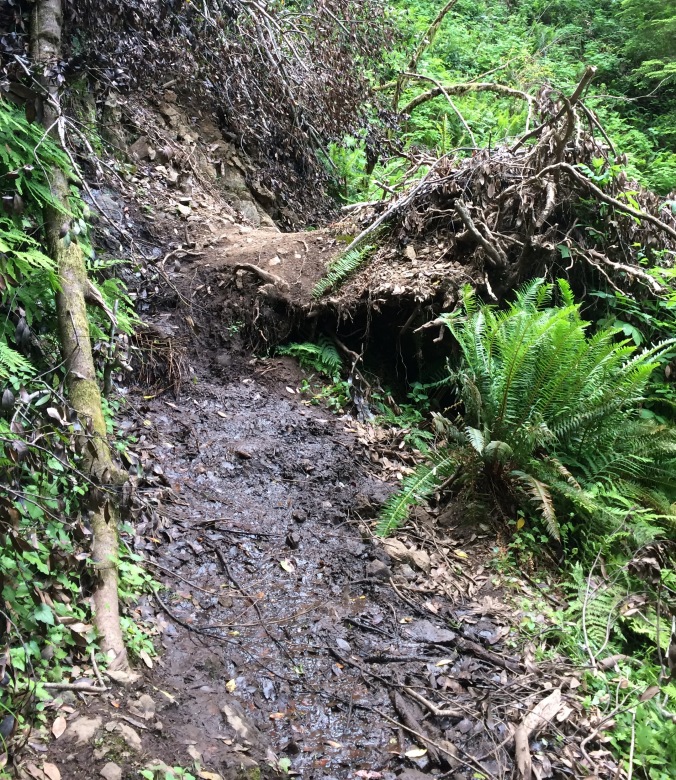 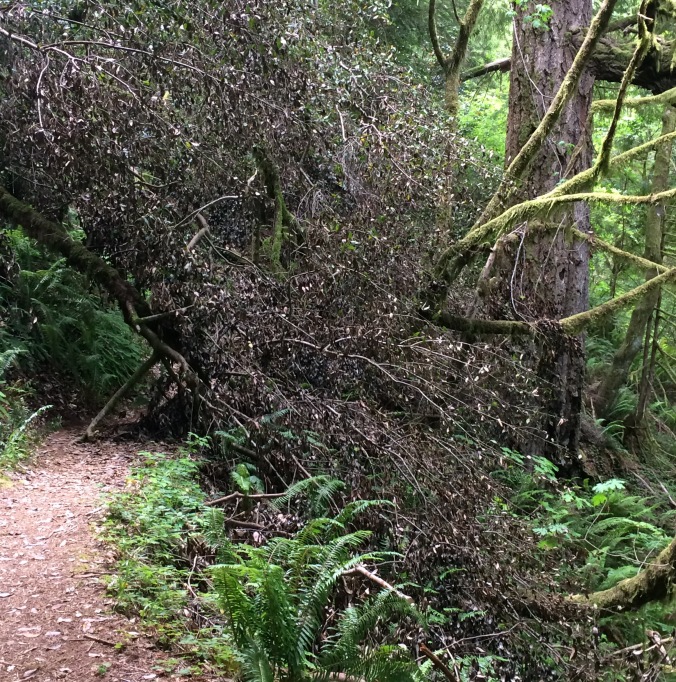 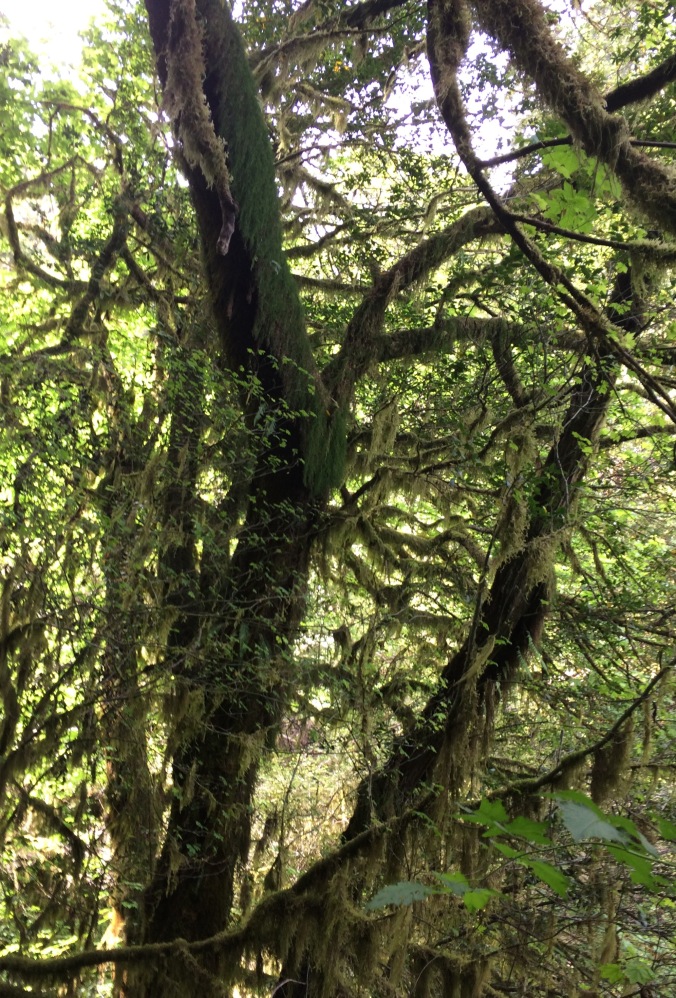 Then we cross a Zen-like stream. 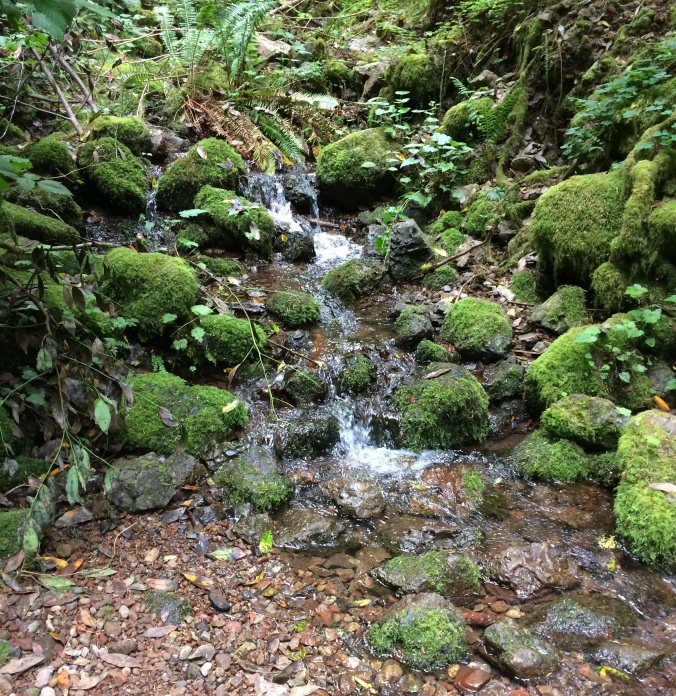 And finally we meet the junction. 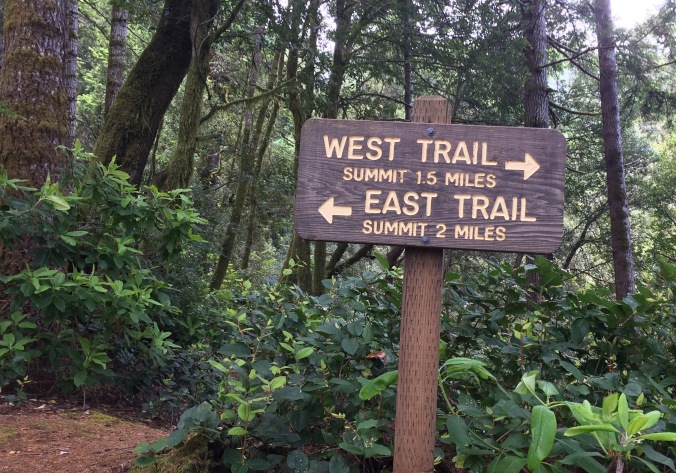 We take the West Trail and catch glimpses of the Pacific Ocean: 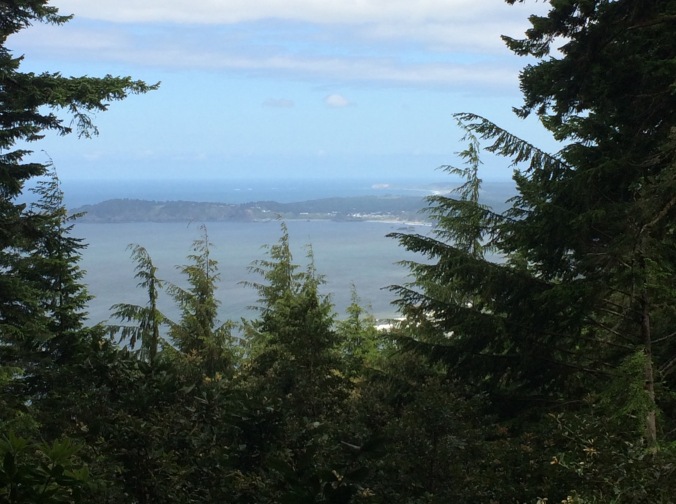 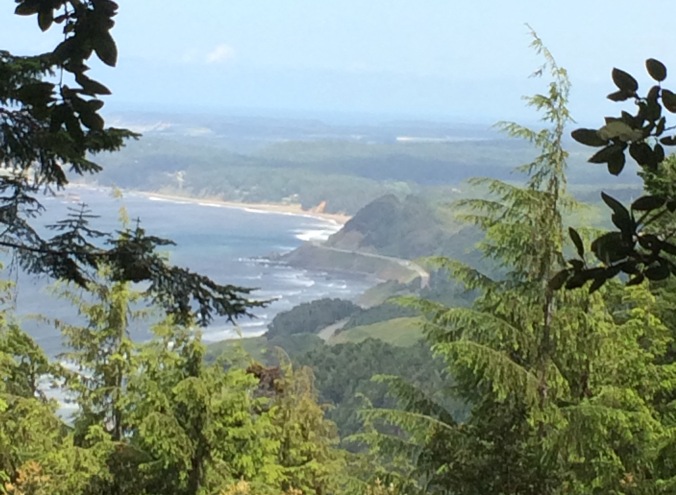 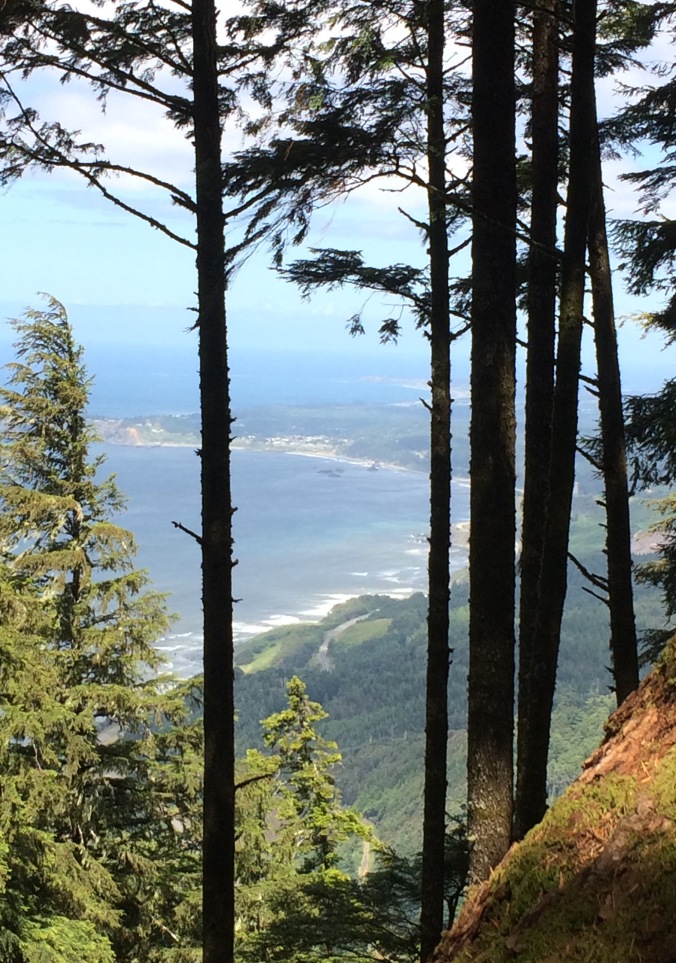 And the old-growth temperate rainforest: 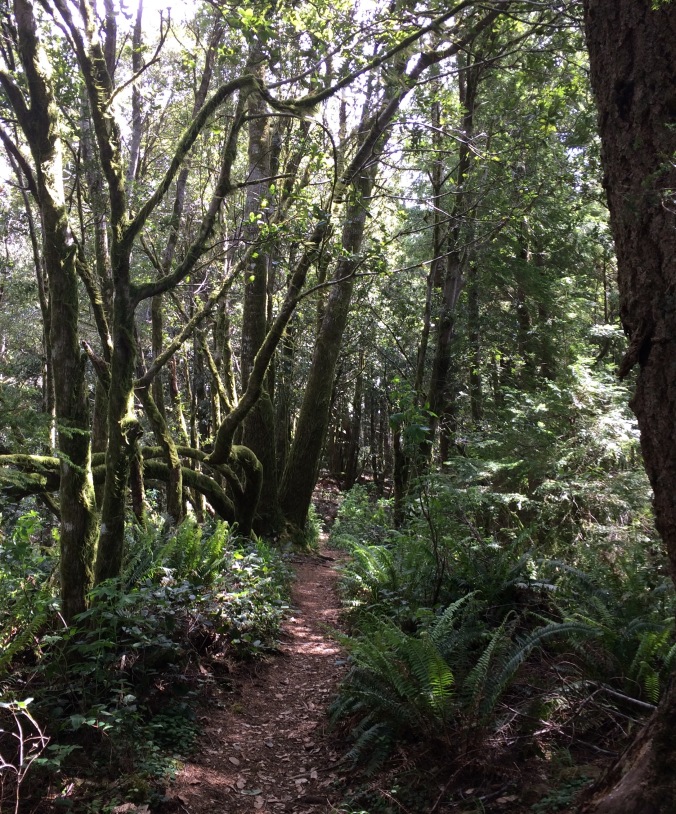 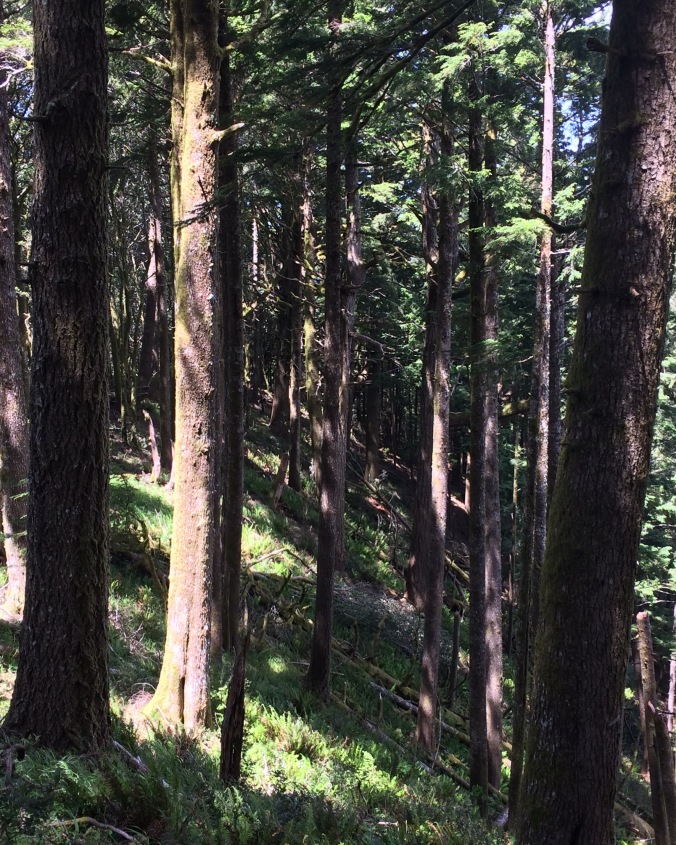 We arrive at the summit. 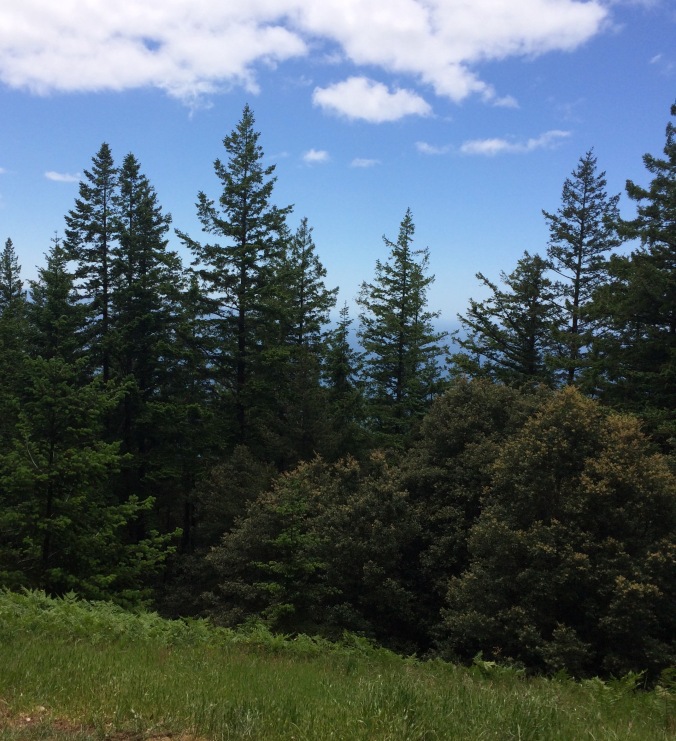 We are greeted by a bench and a grove of Myrtlewood Trees, but no ocean view. 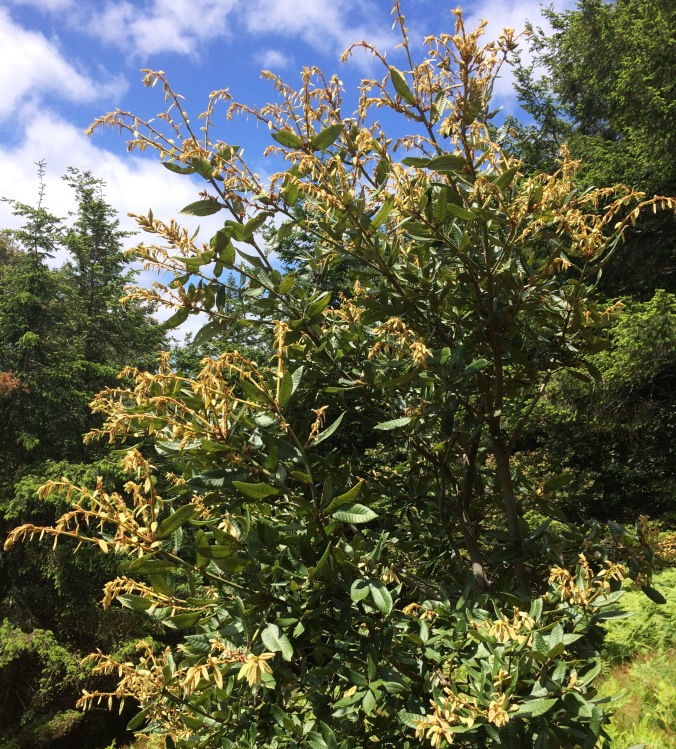 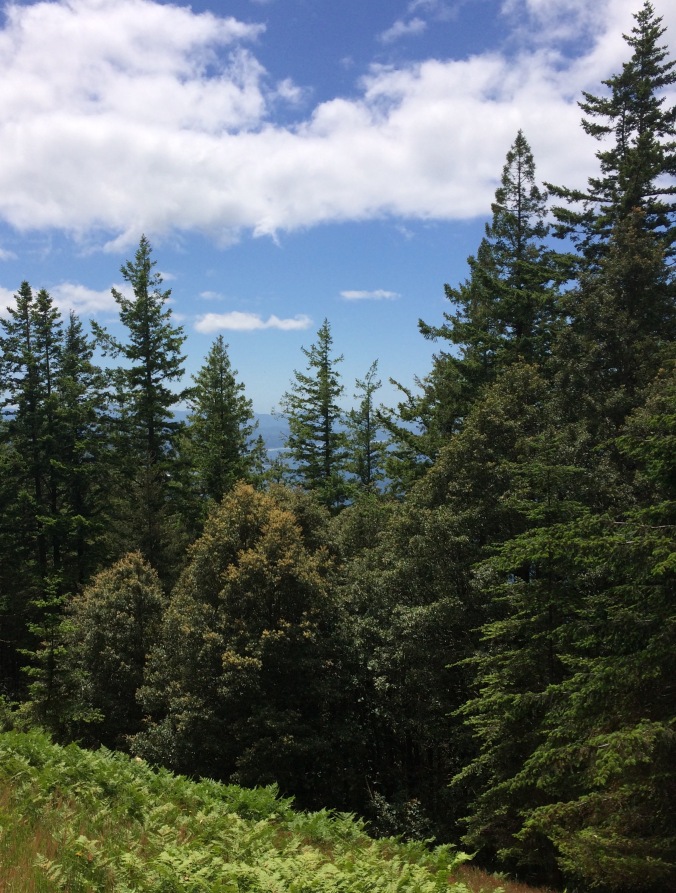 But we knew this before we started. We’re just happy to hike to the summit.

And now, what goes up, must come down. In our case, what goes west, must go east. 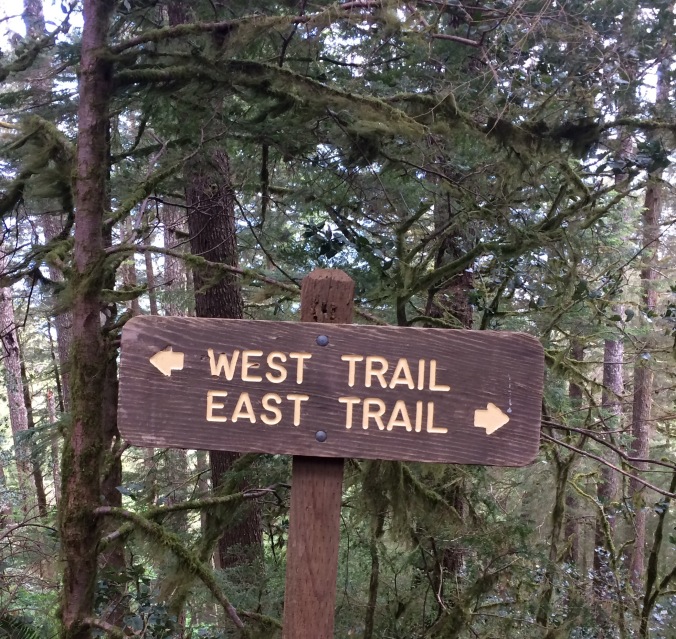 So, we head down… 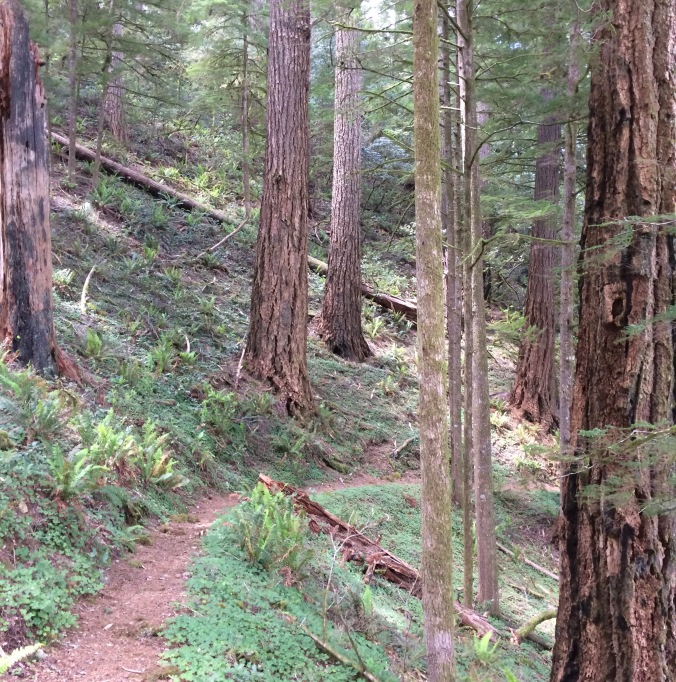 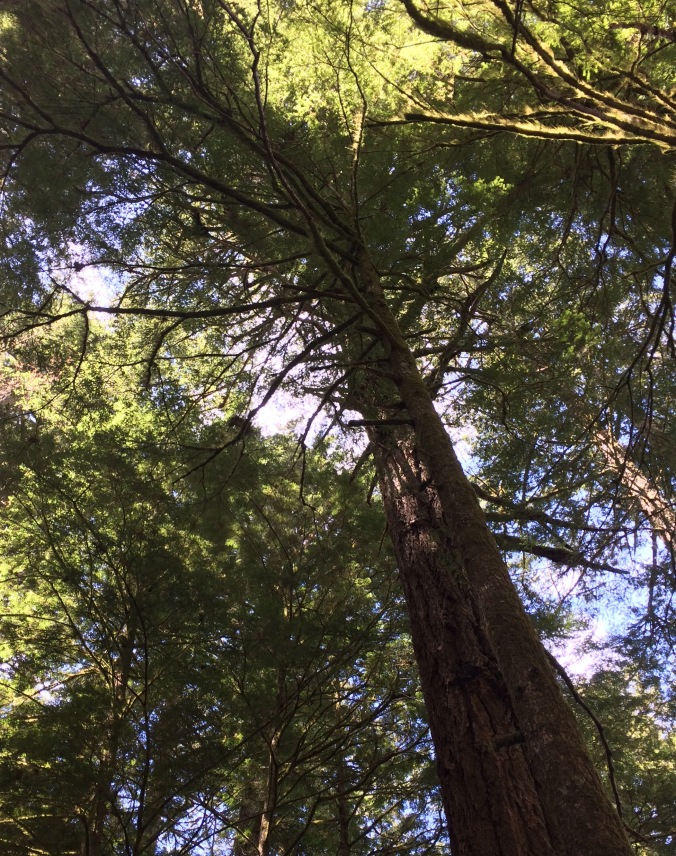 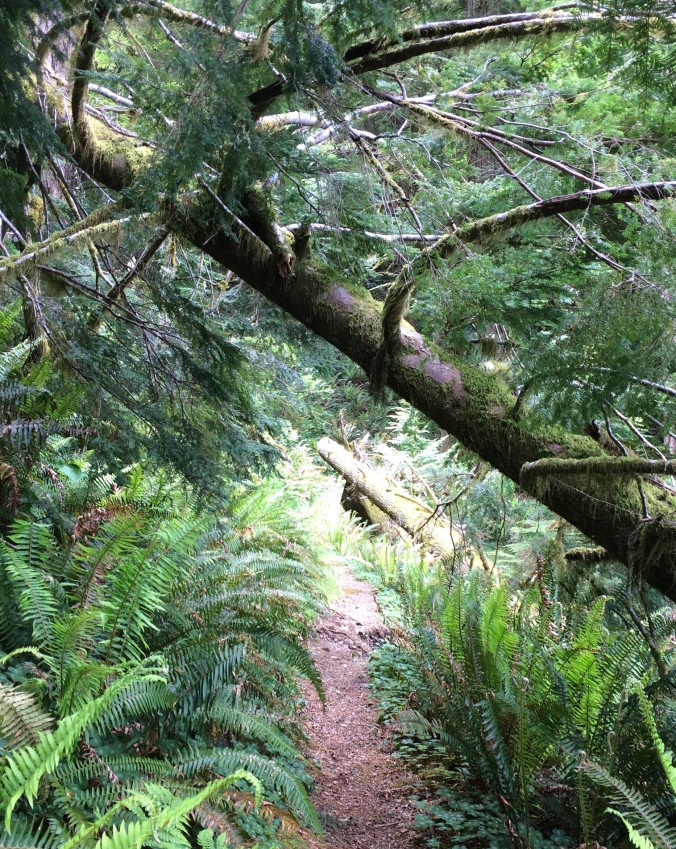 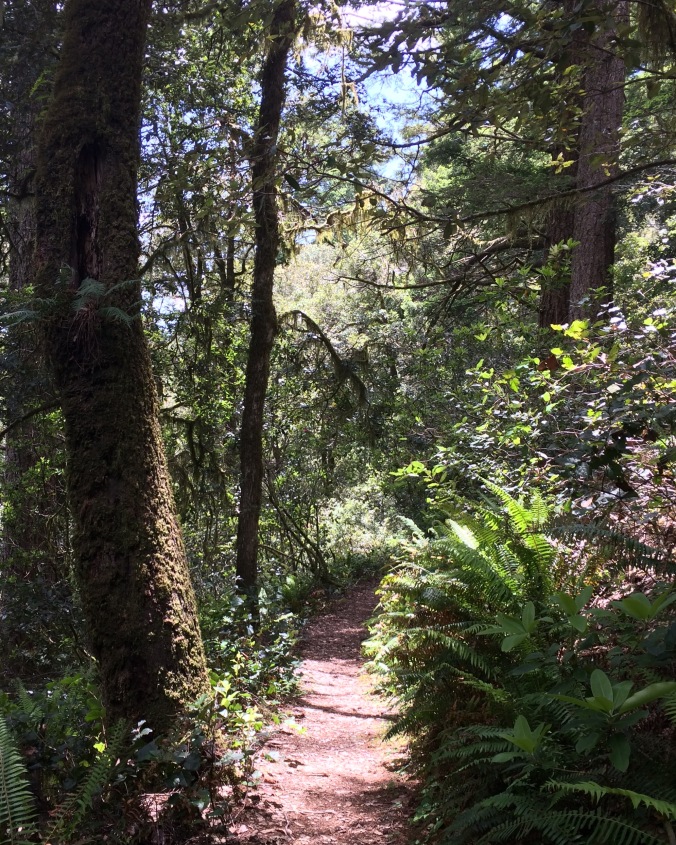 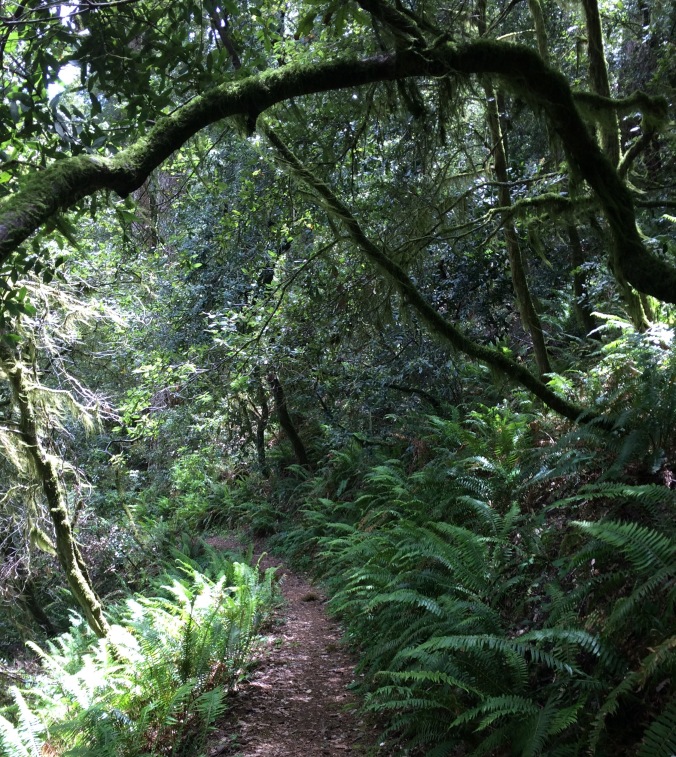 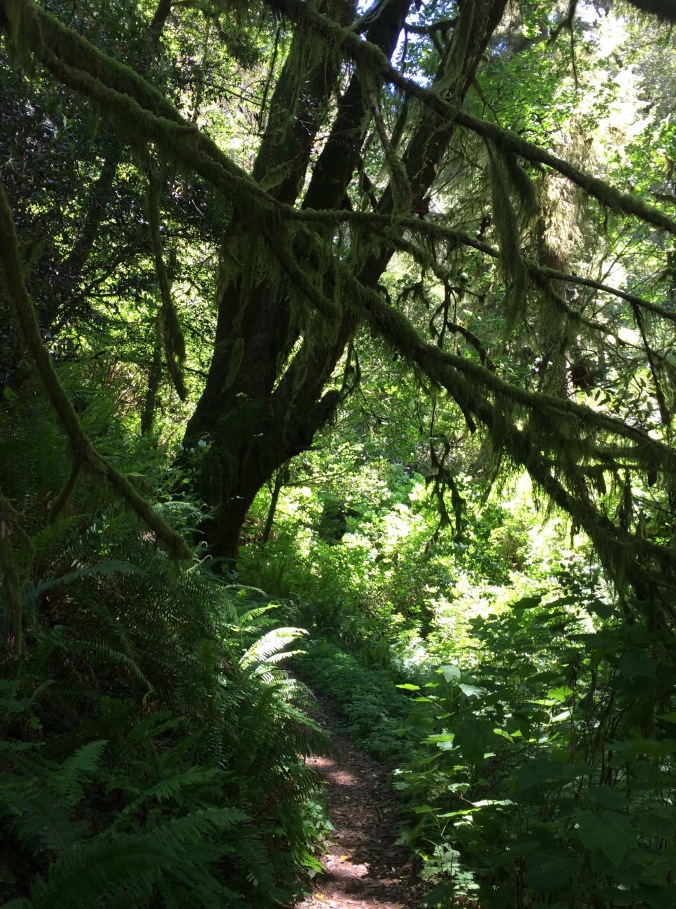 And for the next 4 days our calves talk back to us!