After the Rotary Pancake Breakfast we walk to the Dock Beach,  #5 to #8 on the map below, to check out the Sand Sculpture Contest. 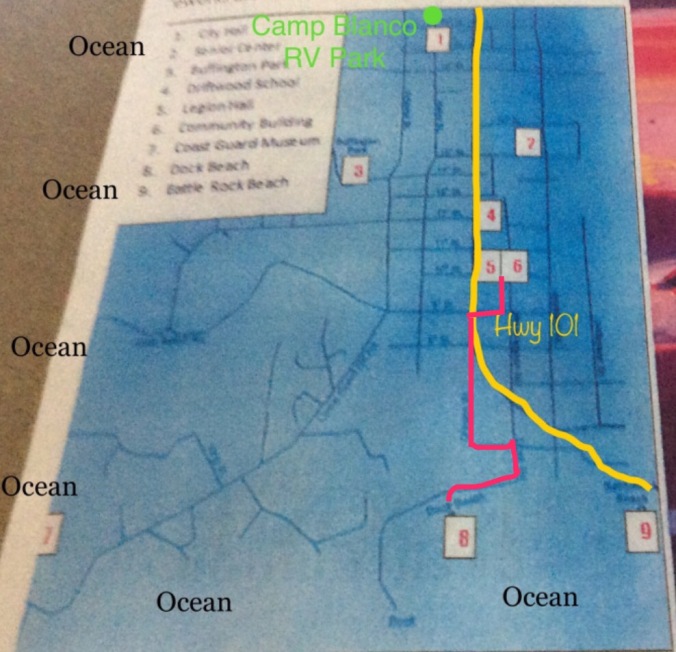 I don’t know what I was expecting. At first I thought the sculptures would be works of art. On second thought I wondered how many people would even participate because, after all, they would have to miss the Pancake Breakfast!

Works of art? Some were sort of… Lots of participants? Not really… Was I disappointed? Absolutely not…

Why? Just look at some of the smiles I captured when I took my pictures and heard the stories depicted in the sand.

The sculpture above tells the tale of a tiny fishing dinghy catching the tail of a mermaid. As an interactive exhibit, you too can sit in the dug out sand and be the head of a mermaid. (Emjay Jernigan, this one’s for you! Maybe Uncle David can work his magic and Photoshop you…)

The sculpture above tells the story of a whale coming ashore and swallowing Mayan ruins.  When I approach to get a pic, this cute girl pops into the whale’s mouth and strikes a dramatic pose! (Jasley Jernigan, let’s ask Uncle David if he can capture you in the whale’s mouth. I can just imagine the expression on your face!)

The sculpture below, according to the young artists, is a beached manatee.

The crab shells, seaweed, kelp and bird carcass was all collected on the beach. I tell them there are 2 good-sized fish skeletons on the path leading back to the road that would look lovely on their sculpture of carnage. (I had considered taking pictures of those flesh-eaten fish but, on second thought, decided against it. Now, I wish I had!)

The remaining sand sculptures have no background stories I can share with you, since no one was around when I took these pictures: 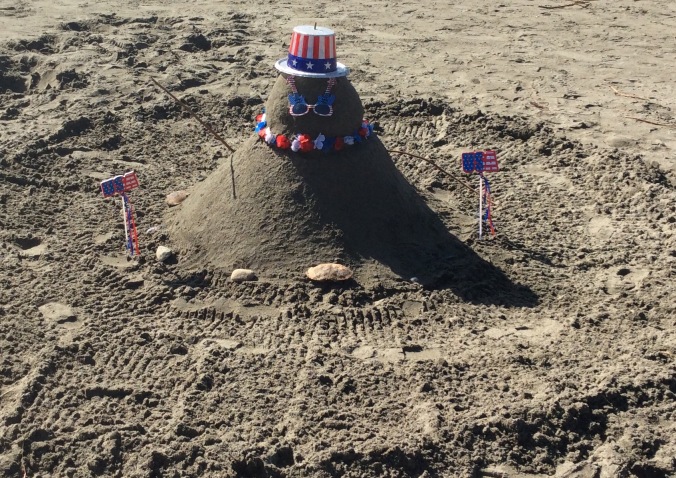 I don’t know who won the contest. Can you pick the winner?

The Beach Golf event is what I come to see, but I guess it is over because I don’t see any signs of golfers on the beach. According to the Jubilee schedule, golfers tee off at Hubbard Creek, south of Battle Rock, and play north to Battle Rock.

But that’s okay… The Baby Contest, newborn to 3 years, is just starting at the Visitor Center.

A big colorful ribbon is awarded to the youngest child, a one-month old baby. Everyone else receives a gold medal attached to a red, white, and blue ribbon.

He starts to drool, but we head back home toward Camp Blanco RV Park, and seek a spot for watching the 11 AM parade. Canvas chairs, lawn chairs, and various other folding chairs are already lined up on both sides of Highway 101.

We decide to check out the non-judged Flower Show at Port Orford Library before finding a spot to watch the parade.

I take a quick picture. Yep, that’s Jeff in the background!

And we head back, south along Highway 101, to find a place to park our butts and watch the parade: 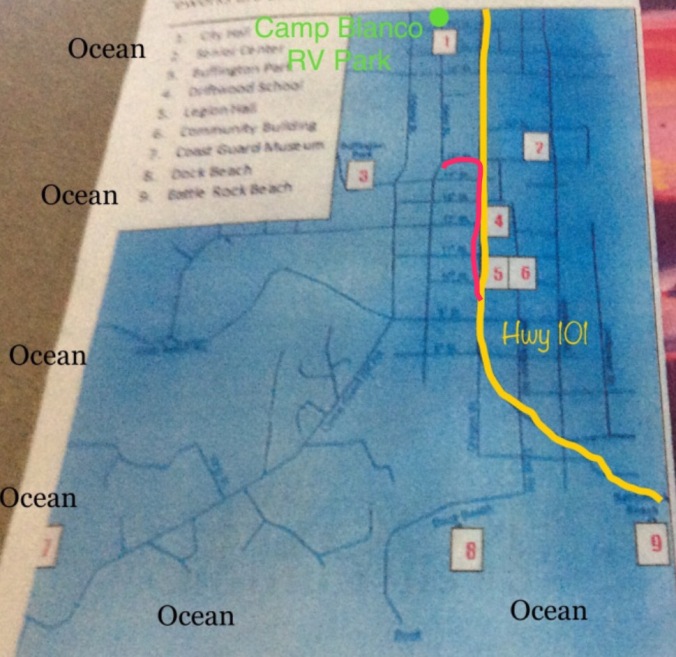