Saving Captive Wildlife For Over 37 Years

The Wildlife Animal Sanctuary (TWAS) in Keenesburg, CO rescues and provides a permanent home for wild animals that have been abused, abandoned, displaced, or neglected. Most of the animals in the Sanctuary were born in captivity and confined in back yards, basements, apartments, and garages. TWAS offers these rescued animals a place to recover and be safe for the rest of their lives. (Sanctuary Tour Guide)

“Mile Into The Wild” Walkway

An elevated walkway, 18-42 feet high, traverses over 21 of the large acreage natural habitats where the animals live and roam freely. 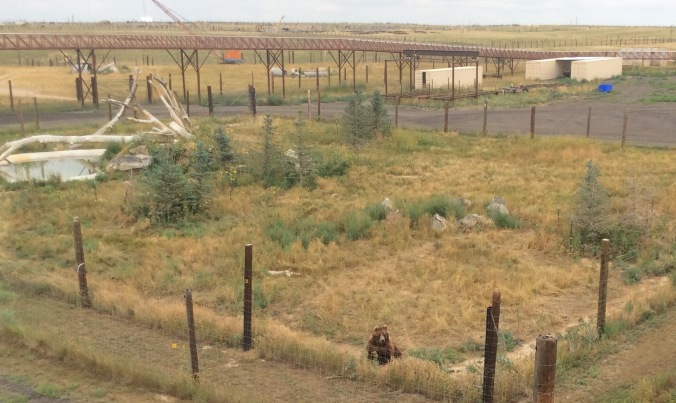 The 2-mile round trip pedestrian bridge allows visitors to observe the wildlife in their species-specific habitats. 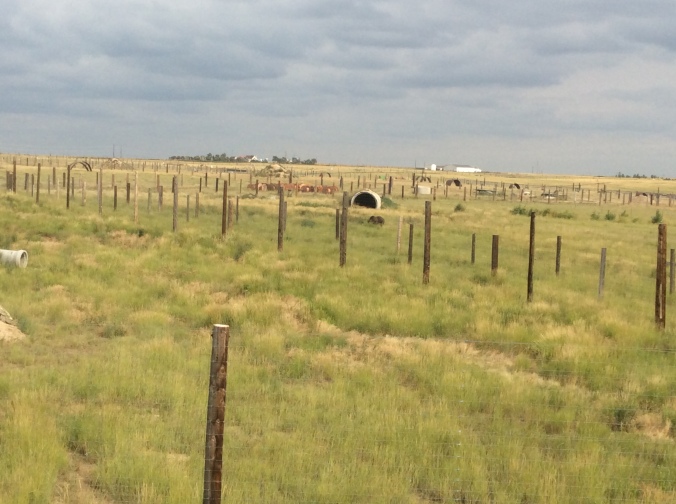 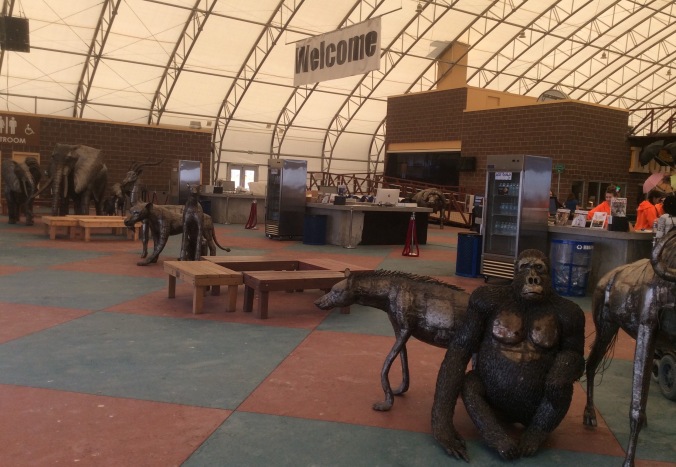 David Jernigan is a member of TWAS and just adopted an animal as well.

After lunch at the Lions Den, Jeff, David, and I watch an introductory video presentation before heading out onto the 4,800-foot-long walkway. 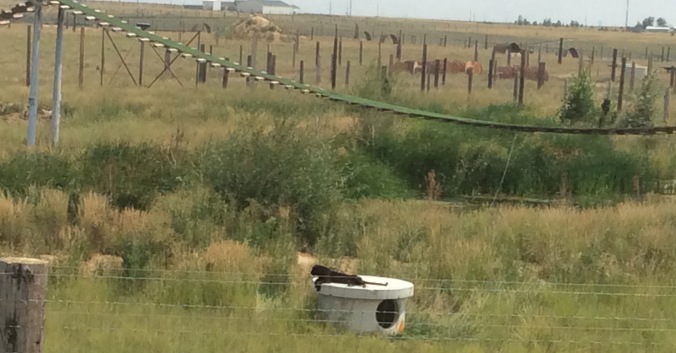 On the way back the black leopard is hanging out on his suspension bridge play area.

No, these Bolivian lions below are not enclosed in cages. They have open access to an 80 acre habitat. The lions were confiscated from 8 circuses that refused to comply with the nationwide ban on using animals in circus performances. 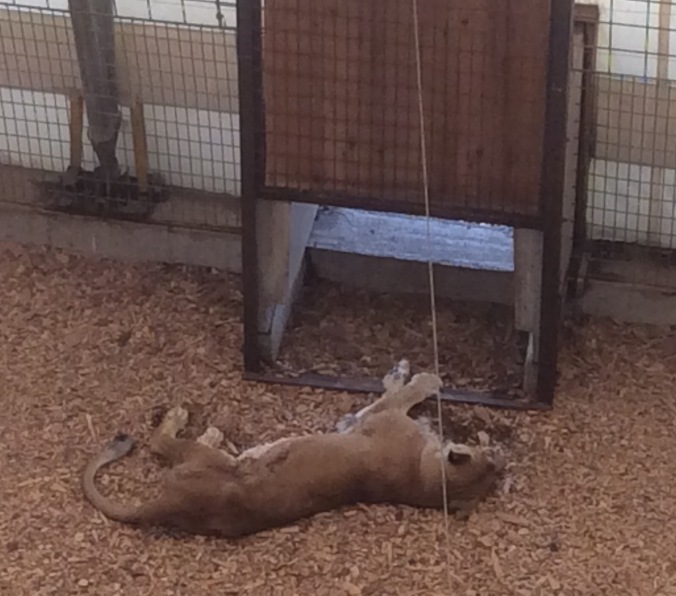 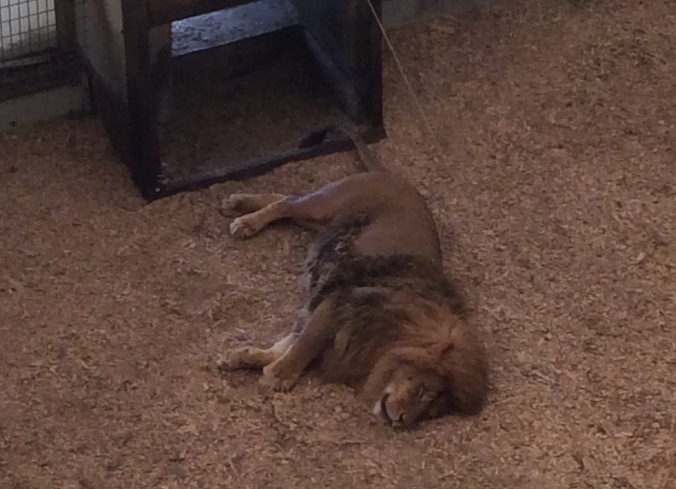 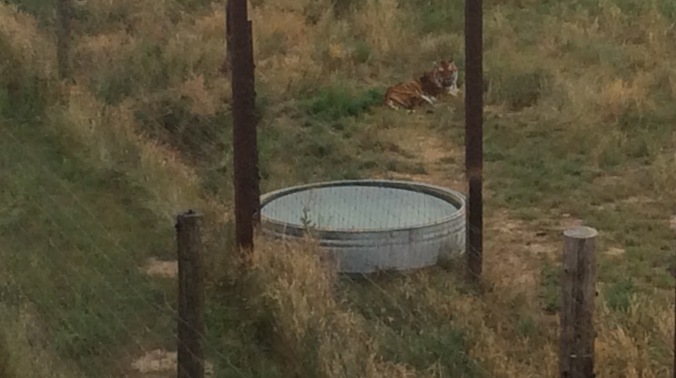 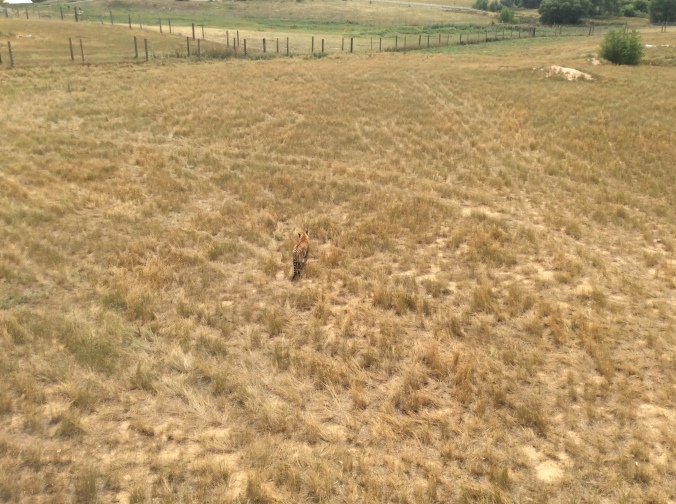 What other stories do these rescued animals tell?

Many animals were purchased as pets from breeders of exotic animals until their owners found out they needed special licenses or the cute babies grew too big and dangerous to handle. One African serval was a wedding gift! So some came to TWAS to not be euthanized and to live out their lives in comfortable and natural surroundings. A wild animal raised in captivity cannot be released back into the wild.

Their traumatic pasts include:

And others were born in TWAS because their mothers were pregnant when they arrived at the Sanctuary. 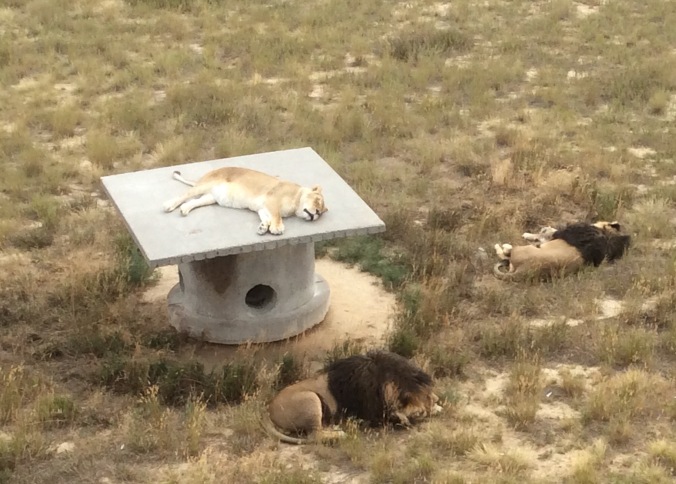 Now we come to the Main Compound where newer rescued animals are temporarily placed in smaller enclosures to gradually introduce them to more space and freedom. Those with medical issues are also brought here to help them recover or live more comfortably. 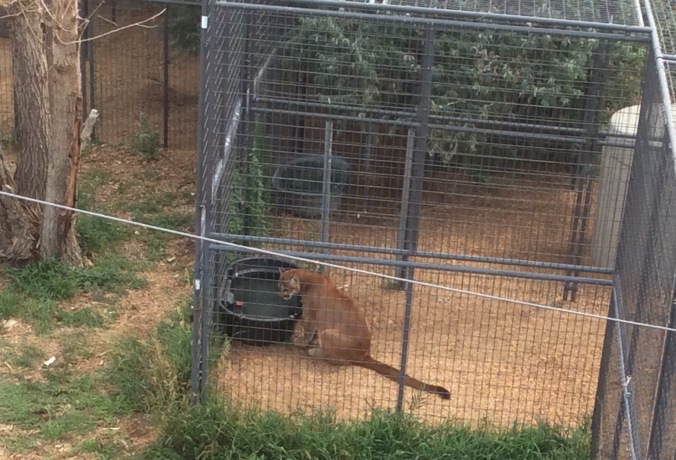 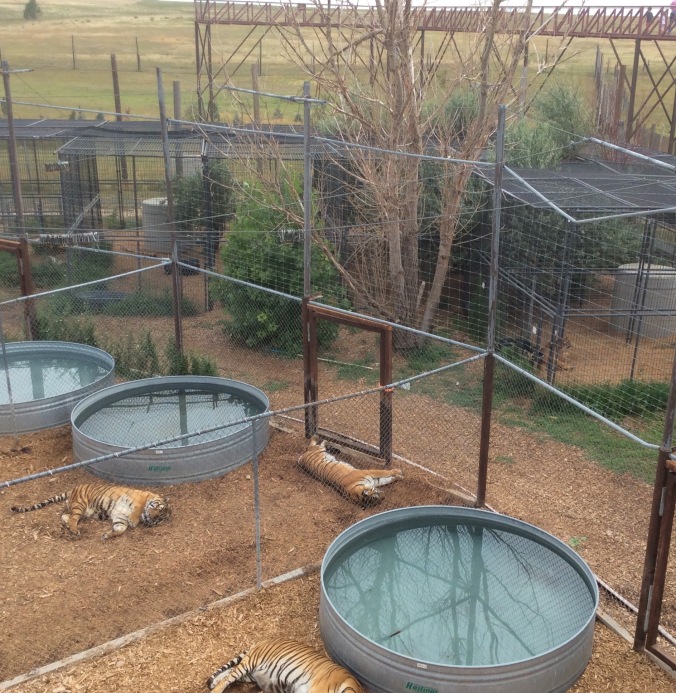 Most of these pictures are from the Tiger Roundhouse where tigers are slowly introduced to the Tiger Pool Area. 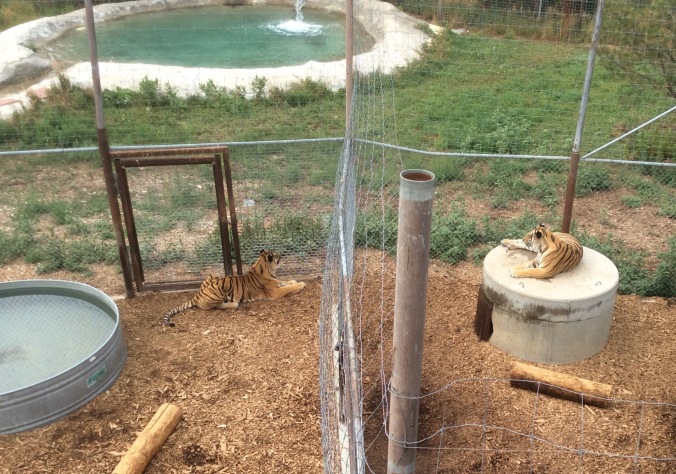 Here, the tigers learn to live and play together. As soon as 8-12 animals are responding well to communal life and freedom, they move to a larger habitat. 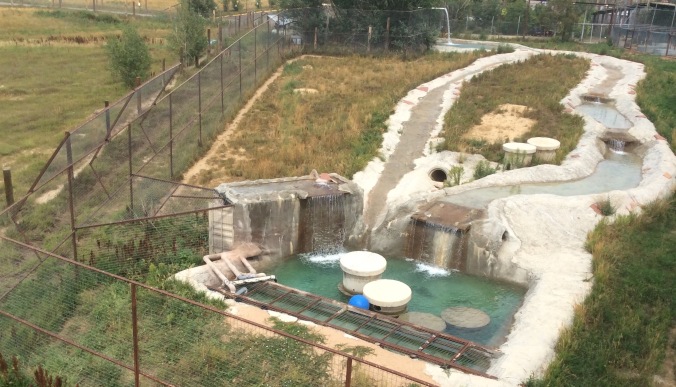 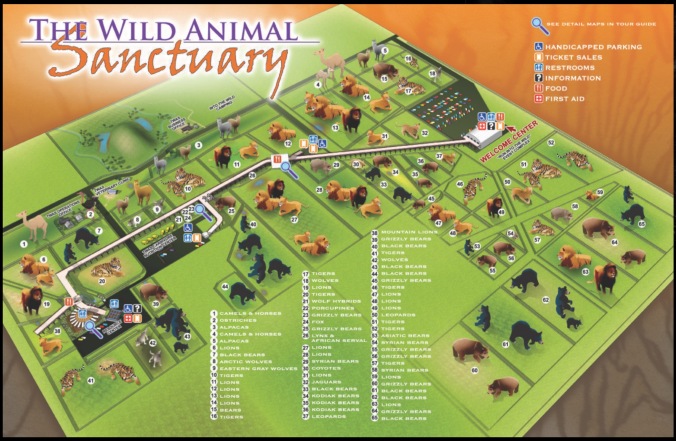 In the words of Pat Craig, the Executive Director of TWAS:

“It is the Sanctuary’s goal to get all the animals into a large acreage habitat with others of their own kind, so that they can experience life with plenty of space, diets of exceptional quality, expert veterinary care, and freedom from performing, traveling, or otherwise doing things Nature did not intend for them.”

For more information go to wildanimalsanctuary.org and tell them David Jernigan sent you.