San Jacinto is one of the oldest cities in Riverside County and is named after Saint Hyacinth who died at the age of 12 in 108 AD. 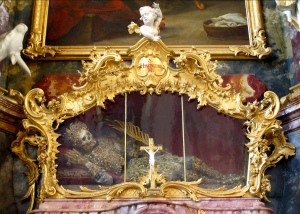 Hyacinth was an early Christian who refused to participate in ceremonial sacrifices to the official Roman gods. Denounced as a Christian, he was imprisoned, scourged,  tortured, and finally only served meat which had been blessed for sacrifice to the gods. He eventually starved to death as he would not eat the meat of Roman gods.

The city of Hemet is south of San Jacinto and Beaumont is to its north. In the late 1800s and early 1900s, San Jacinto was a dairy and agricultural center. (en.m.wikipedia.org)

Several dairy farms still exist today as evidenced by the annoying appearance of pesky flies and the intermittent whiffs of cow manure in the air.

The Anza Trail, one of the first European overland routes to California, crossed through the San Jacinto Valley in the 1770s.

A nearby street commemorates its name. 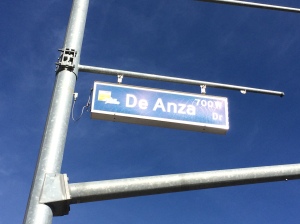 Mission padres named the valley after Saint Hyacinth and established an outpost here in 1820.

The San Jacinto Valley is located at the base of the San Jacinto Mountains in the east and the Santa Rosa Hills to the south with the San Gorgonio Pass to the north. It is home to the cities of Hemet and San Jacinto.

The valley is also the setting for a novel written by Helen Hunt Jackson who visited the area in the 1880s. 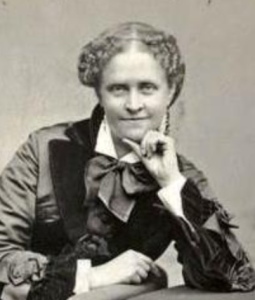 Helen, a poet and writer (1830-1885), became an activist on behalf of improved treatment of Native Americans by the United States government.

Her romance novel, Ramona written in 1884, dramatized the mistreatment of Native Americans in Southern California after the Mexican-American War.

The novel’s sentimental portrayal of Mexican colonial life appealed to both readers and film producers.

In 1910 D.W. Griffith directed a 17 minute drama starring Mary Pickford. True to the book’s theme, the silent film explores racial injustice through a love story. Below is the film’s title credit. The subtitle reads A story of the White Man’s Injustice to the Indians.

In 1916 Donald Crisp directed 10-14 silent movie reels of Ramona, starring Adda Gleason. All but 5 reels are lost. These remaining reels are preserved at the Library of Congress. On April 6, 1916 the New York Times printed a movie review. 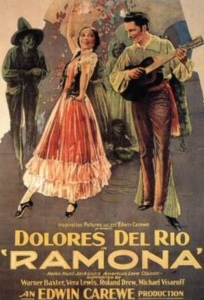 Mordaunt Hall, a film critic from The New York Times, praised the silent film as “an Indian love lyric” in his May 15, 1928 movie review.

In 1936 Loretta Young and Don Ameche starred in the first film adaptation of Ramona with sound.

On October 7, 1936 film critic Frank S. Nugent posted his review in The New York Times praising the cinematography but finding issue with the plot as “a piece of unadulterated hokum about Lo, the poor half-Indian girl who fled a southern Californian hacienda with her chieftain’s son and was tragically victimized by the ruthless American land-grabbers.”

Lo refers to Ramona Lubo, after whom many claimed the novel was named… 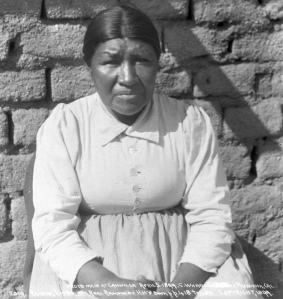 The novel was also aired as a telenovela or Spanish soap opera in 2000.

On April 13, 1923 The Ramona Pageant premiered as an Outdoor Play in Hemet, CA. Staged annually, it is the longest running outdoor play in the United States. It is held over 3 consecutive weekends in April and May at the Ramona Bowl, a natural amphitheater.

In 1959, 18-year-old Jo Raquel Tejada played the title role. We know her today as Raquel Welch. 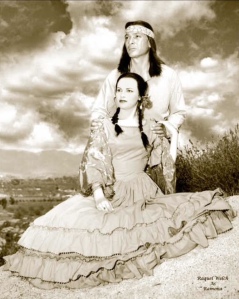 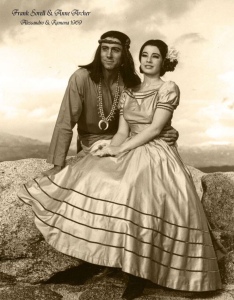 Less than 4 miles out our RV door, where State Street turns into Gilman Springs Road, lies a heavily guarded compound of 50 buildings surrounded by trees and high fences topped with steel blades.

Patrols, cameras, and motion detectors keep watch 24/7. The property is bisected by the public road with cameras recording passing traffic. An underground tunnel runs across the street.

Below is an aerial view of the compound from the west.

So, arriving at our San Jacinto snowbird destination at Diamond Valley RV Resort, Jeff and I exit Interstate 10 West in Beaumont, head south on CA 79, and exit onto Gilman Springs Road heading east. All of a sudden we encounter lush greenery amid the brown monotones of the mountains and desert. Peeking out are spiral columns topped with turrets, a gate house, beautiful blue buildings, a golf course, and what looks like a church.

Are you as curious as I was? Let me give you some hints:

This lavish resort compound is Gold Base, the international headquarters, though not legally recognized as such, of the Church of Scientology. 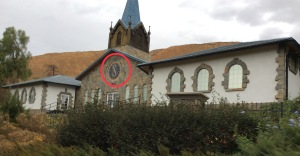 This land was well-known by local Native Americans for the natural hot springs bubbling from what is now known as the San Jacinto Fault. In 1890 Sydney Branch purchased this parcel and developed it into a resort and spa. In 1913 he sold this property to the Gilman brothers who further expanded the resort into a popular vacation retreat. By 1978 the Gilman Hot Springs had lost its popularity and went bankrupt.

With extreme secrecy, L. Ron Hubbard pays $2.7 million cash for the resort under the guise of a group of investors who called themselves the Scottish Highland Quietude Club. The new owners supposedly had a condominium project in mind, but Hubbard’s ulterior motive was to create his church headquarters here without anyone knowing it belonged to the Church of Scientology.

Why the intense secrecy? At the time, the Church was charged with a criminal conspiracy, called Operation Snow White, against the United States Government. Hubbard and his wife were accused of infiltrating and stealing unfavorable documents about Scientology in 30 countries. 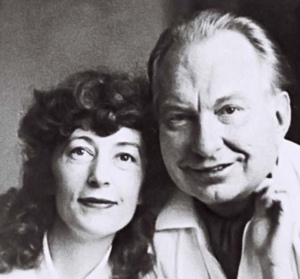 For more information about Operation Snow White, check out this 1990 article from the LA Times. And to read what Scientology has to say, go to their Stand League website, Scientologists Taking Action Against Discrimination.

Hubbard went into hiding, eventually living in an undisclosed location in Hemet, code-named X. The Gilman Hot Springs property was code-named S, and no one in the Church could travel directly between the 2 locations. Instead, with all the drama of a spy movie, Gilman and his minions had to make indirect trips of 120 miles each way.

In 1980, however, a local reporter broke the story that Hubbard was living in Hemet and working at the Gilman location. So, literally overnight the base was converted into Golden Era Studios and presented to the world as the Church of Scientology’s media production facility. After conning the world into believing that the organization had an acceptable function, the international management was safe to return to Gold Base. 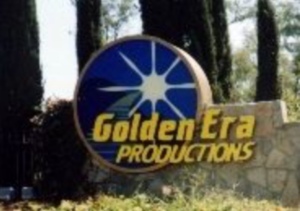 Ironically, L. Ron Hubbard never lived at the base. He authorized renovations on Bonnie View, a tutor-style house on the property, with the intentions of residing there. Unfortunately the original house had to be torn down. The almost $10 million mansion built to replace it was not finished until 2000 and Hubbard had already died in January of 1986. The mansion and his living quarters, however, are still maintained in anticipation of his reincarnation. 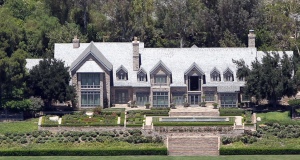 Today, David Miscavige, the Church’s current leader, lives and works on Gold Base with other Church officials. 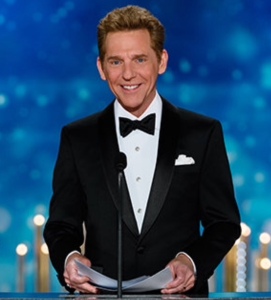 Unless otherwise noted, the information from this blog came from Wikipedia. I have found this to be a reliable source, after checking its references time and time again, against other online sources of information. I now contribute a small yearly donation to its site organization.

One thought on “Welcome to San Jacinto, CA”