We wake up to a foggy mist blocking out the sun and head by car to Kanab, Utah for a late lunch, early dinner.

Up we go on the Zion-Mount Carmel Highway, a 25 mile road connecting the canyon in the west to Mt. Carmel Junction in the east. The East Entrance to Zion NP is midway through this drive.

The fog adds an element of mystery to the rock walls as we travel up through a series of 7 switchbacks from the canyon floor to the sandstone cliffs above. 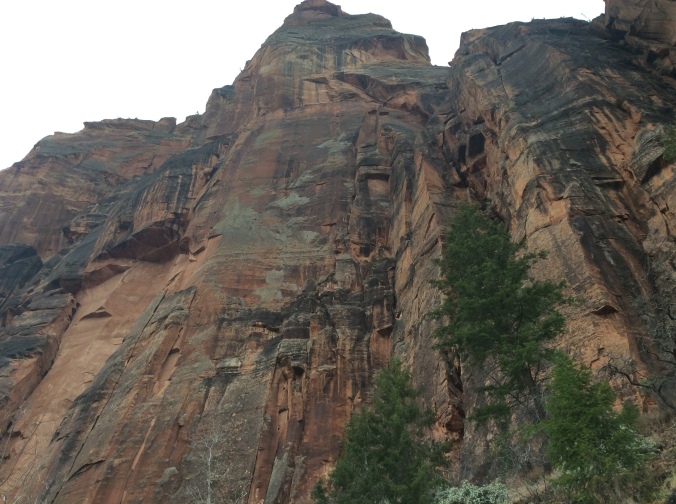 Despite the many challenges faced by construction crews from Utah and Nevada in just carving out the Zion to Mount Carmel Highway… rock slides, sloughing cliffs, large boulders needing to be blasted with dynamite, and one fatality… the most significant challenge was the 1.1 mile tunnel through the heart of the sandstone cliffs connecting the switchbacks from the west to the new road from the east.

Construction began by blasting gallery windows into the cliff. From these openings crews were able to access the interior of the cliff and bore through the rock. The windows also provided lighting, ventilation, and routes for clearing away excess rock debris. 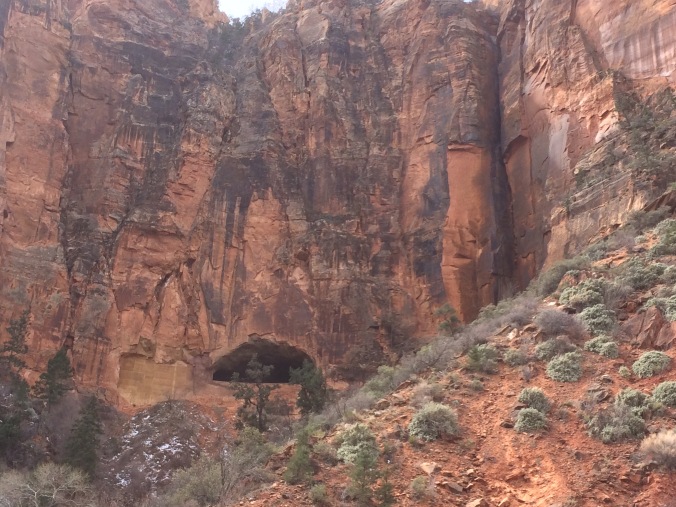 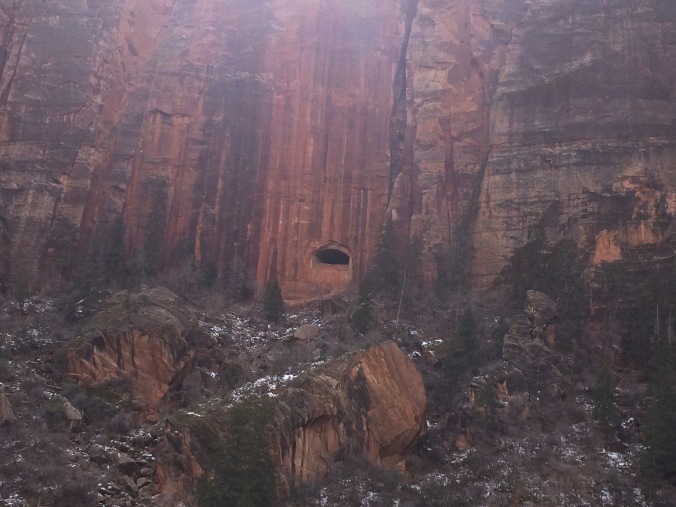 Two years and ten months later, in July of 1930, the tunnel was dedicated and officially opened to traffic. (nps.gov)

The tunnel is 2 lanes across and can accommodate 2-way traffic with some restrictions. Vehicles 11 feet 4 inches tall or taller OR 7 feet 10 inches wide or wider require a special $15 traffic control fee so that you can drive down the center of both lanes. (park brochure)

Immediately after exiting the tunnel from west to east, we encounter an other-worldly land of twisted, twirly rock formations that we nickname “the wavies”.  They look like layers of flaky phyllo dough and frosting swirls on a cake. 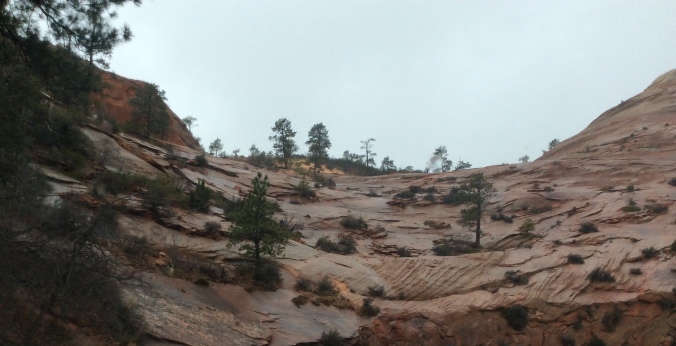 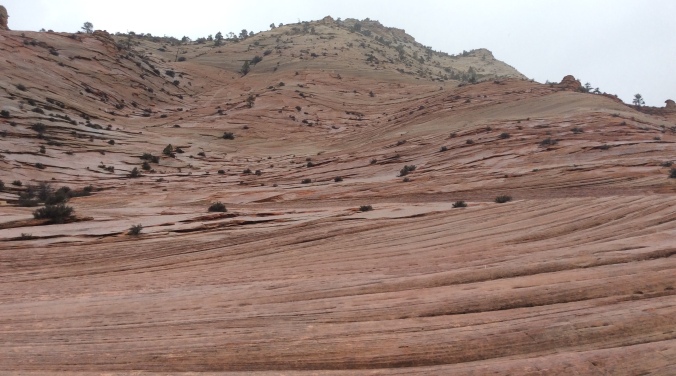 The mist turns to rain, turns to sleet, turns to papery bits of rushing snow.

We pull out from the viewpoint and continue to Mount Carmel Junction where we head southeast on US Route 89.

Kanab is just north of the Arizona border on 89. The city has a history as a filming location for many movies and television series, such as The Lone Ranger, Death Valley Days, Gunsmoke, Planet of the Apes, Mackenna’s Gold, and many others. (en.m.wikipedia.org)

We grab a bite to eat at the Rocking V Cafe and enjoy the Kanab-A-Dabba-Doo Burger with Garlic Smashed Potatoes.

Returning through the tunnel, it’s late afternoon and there’s still fog over the canyon walls.