The weather forecast does not look good. A snow storm, Xanto, is making its way across the high plains bringing blizzards, cold temperatures, and high winds with it. If we travel today we will be heading right into its path.

Jeff calls ahead to the place in Salt Lake City where we plan to spend the night. The blizzard is hitting there right now. And the winds in Rawlins are already shaking the parked RV.

We decide to stay put for one more day and hunker down for a cold night. 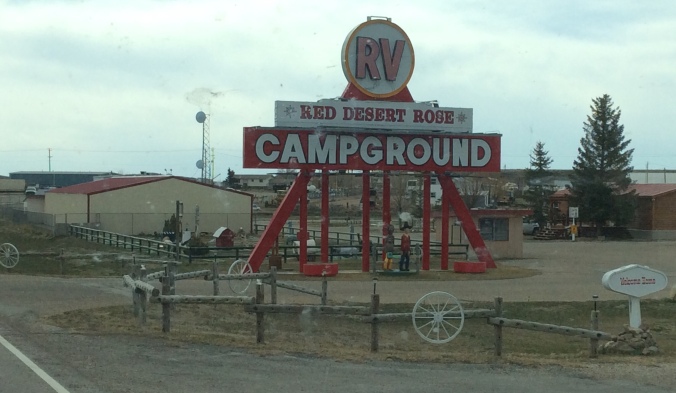 Meanwhile Jeff waits in between wind gusts to climb onto the roof of the RV and cut off the raveled awning over the slide-out. While up there he discovers a broken bracket. We don’t plan on replacing the awning any time soon.

We wake up to a dusting of snow covering the ground and vehicles. The water in the hose is frozen and the water pump is not working properly. Outside the temperature is only in the mid 20s. It is Friday the 13th, after all.

But we need to continue west on Interstate 80 to Salt Lake City.

Five minutes after joining the traffic on the interstate the clouds explode.

But less than 10 minutes later the weather has tamed back down again.

So for the next few hours we take it slow and steady, one mile at a time, rolling on the highway toward the border of Utah.

But as we approach the state line… 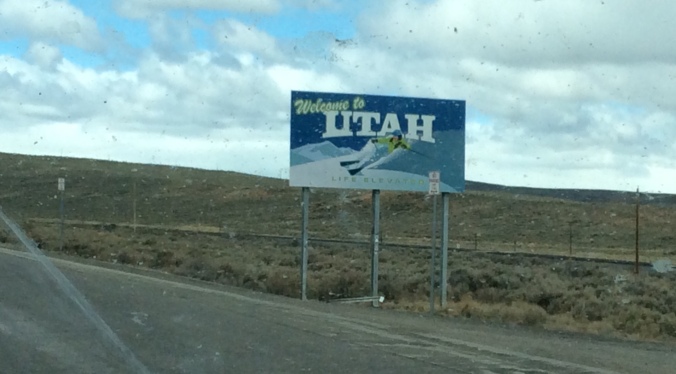 …The weather can’t make up its mind what it wants to do.

This is what greets us in Salt Lake City:

Then we arrive at our destination… 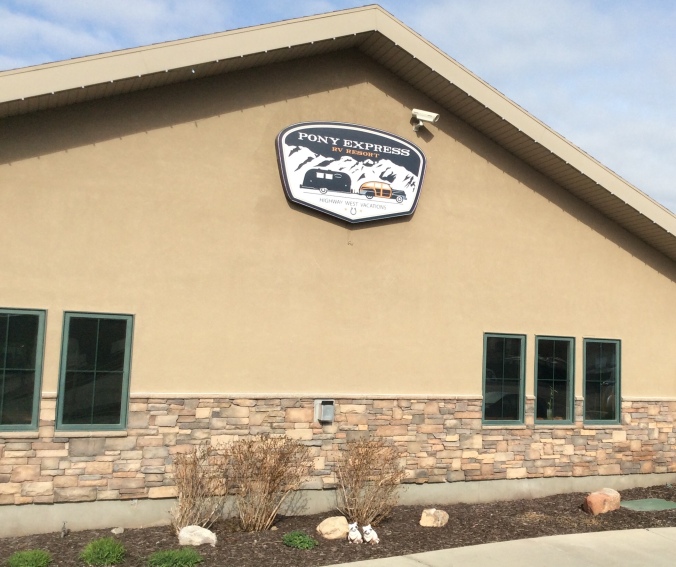 And all is beautiful again.