One of the most famous scenic drives in the country… for $10.25 per car, you can follow the red-dashed line in the roadway through the Del Monte Forest featuring beautiful coastline views and some of golf’s greatest landmarks.

Before the automobile became a way of life, horse-drawn carriages explored 17-Mile Drive from Hotel Del Monte, now the site of the Naval Postgraduate School in Monterey. It was 1881 and early excursions through Del Monte Forest marked the beginning of visitors to this legendary location.

2019… The centennial celebration of Pebble Beach will include the 2019 U.S. Open Championship

Points of Interest along the Drive

This elevated view looks down on Monterey Bay and is named after Abraham D. Shepard who built the upper scenic route on 17-Mile Drive in the forest. (A typo on an early map, complete with illustrated sheep, changed the name from Shepard’s Knoll to Shepherd’s Knoll.

I am disappointed too. I have to circle the peek of the bay and you have to look closely at the skyline to see the Santa Cruz Mountains.

These hills filled with huckleberry bushes sit on the highest elevations of the Del Monte Forest. Writers Robert Louis Stevenson and John Steinbeck were rumored to frequently visit here. Today these hills have been permanently set aside as preserved forest.

Don Gaspar de Portula and his crew camped here in 1796 searching for Monterey Bay based on a description from 1602. It took them a year to find Monterey Bay but this beach was named for them.

Take a hook around Spanish Bay and note this turbulent and bouncy section of the sea where waves are constantly converging and crashing into each other because of the clusters of submerged rocks.

Early mariners mistook Point Joe as the entrance to Monterey Bay, making it the site of many shipwrecks as their boats crashed upon the rocks. 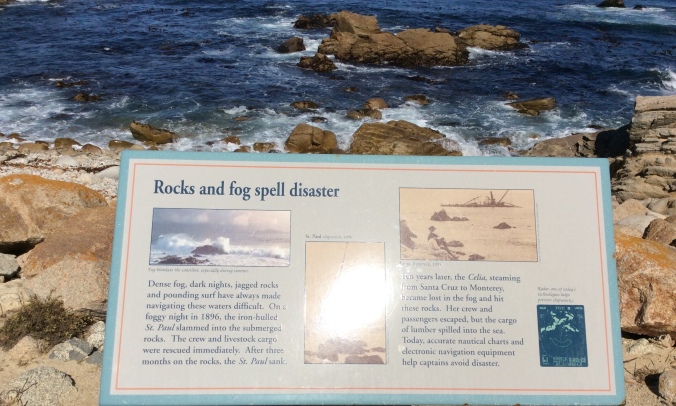 In the early 1900s, a man named Joe lived in a driftwood hut here, selling trinkets to tourists and tending goats. 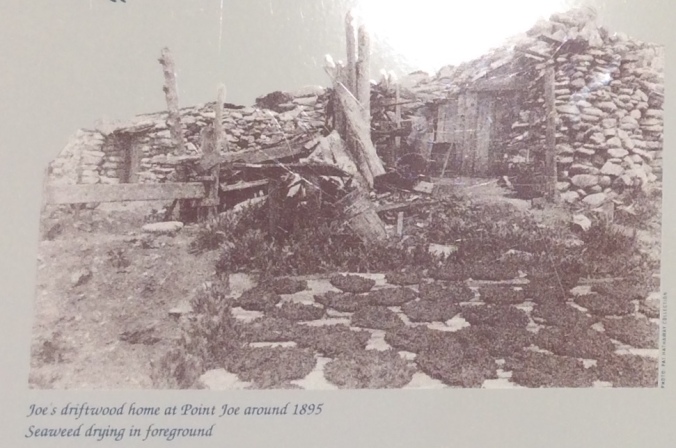 Was Joe named for the Point, or was the Point named for Joe? No one knows…

This was the site of a small Chinese fishing village of lean-tos in the late 1800s.

You can still see old cooking smoke caked onto the rocks!

During spring and summer nesting cormorants and gulls and perching pelicans flock here.

Bird Rock was actually covered in 4 to 5 feet of pelican and cormorant guano until 1930, when it was harvested as a fertilizer. Since then belching sea lions have been sun-bathing here. Harbor seals jump out of the waters near the rock like dolphins.

Closer to the beach, shore birds and ground squirrels strike a pose… 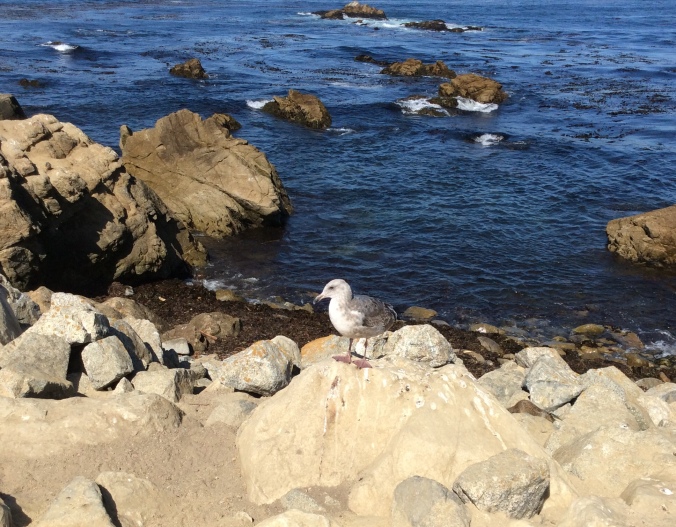 The white sand is a primary pupping habitat for harbor seals who return each spring. This section of the coastline is closed from April to June. 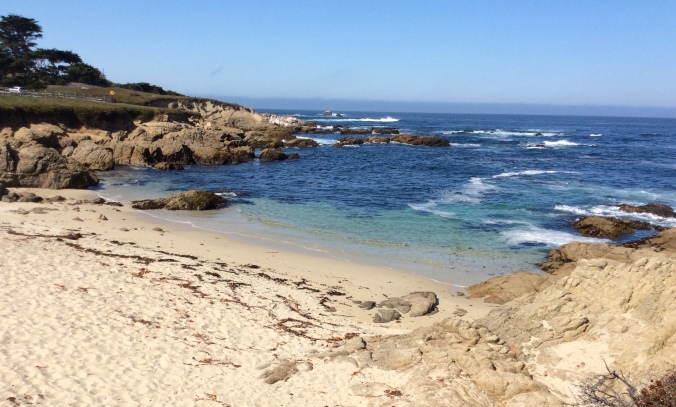 A preferred view of the dramatic Pacific coastline and a spectacular spot to catch sunsets, it overlooks an exclusive neighborhood populated with mansions from the Roaring Twenties. 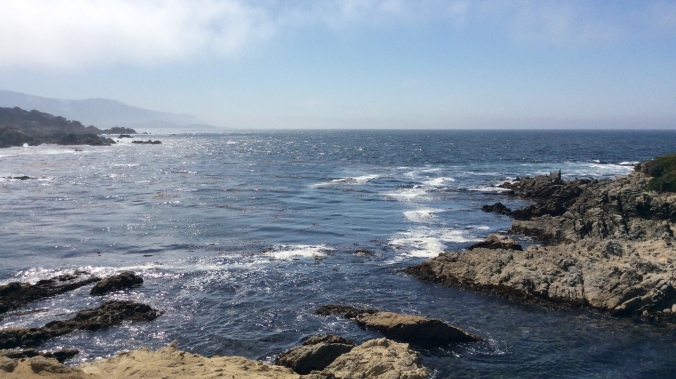 This 13-acre nature preserve is home to numerous species of native pine and to the largest and oldest Monterey Cypress trees in existence. It is named after Charles Crocker, the railroad baron responsible for building the luxurious Hotel Del Monte and the original 17-Mile Drive in 1881.

One of California’s most enduring landmarks, the Lone Cypress has braved the elements atop its rocky pedestal overlooking the Pacific Ocean for more than 250 years. This iconic tree has been the logo for Pebble Beach since its founding in 1919.

Ocean views beyond the ghost trees… 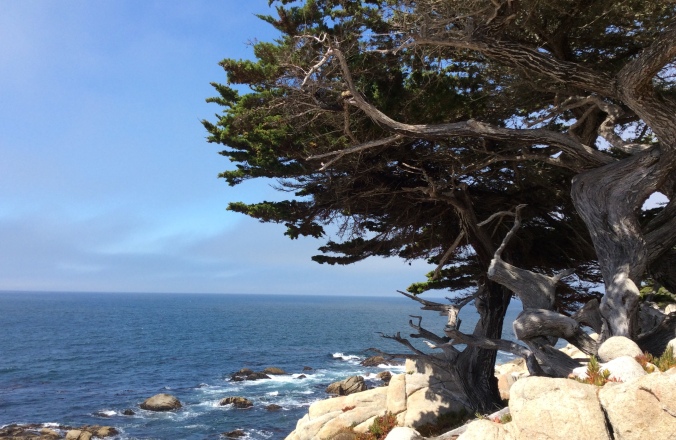