It is significant as a unique engineering accomplishment of the early 20th century, and as the first product of a 1925 cooperative agreement between the National Park Service and the Bureau of Public Roads. (Library of Congress, loc.gov)

This paved 2-lane highway was completed in 1932. Spanning the width of the park, the road passes through a glacial lake and cedar forests in the lower valleys, crosses the Continental Divide at Logan Pass, and descends the alpine meadows of summer wildflowers into water-carved gorges, forested valleys, another glacial lake, and a native grassland community. (visitmt.com and Glacier National Park Official Summer 2019 Newspaper) 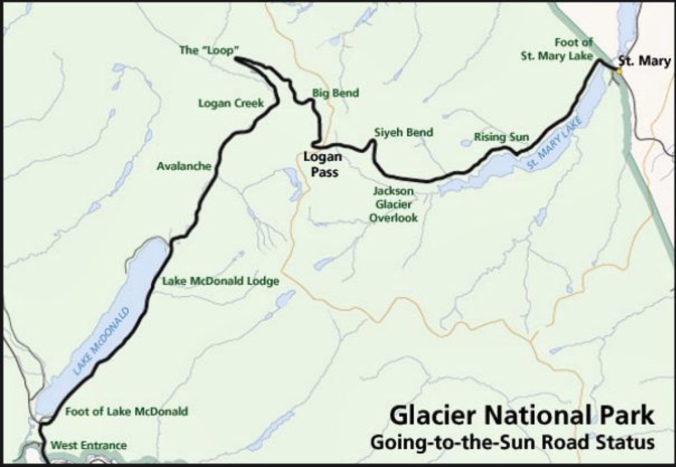 We get an early start. All of these pictures are taken from the car while we drive from west to east. Not expecting great pictures, I am pleasantly surprised at how well I have managed to capture the flavor of the iconic Going-to-the-Sun drive. So, buckle up and enjoy…

After driving past Lake McDonald and Avalanche Creek, we pass through the West Tunnel. In 1926, technology, manpower, and time bored through 192 feet of mountain. (Glacier National Park Official Summer 2019 Newspaper)

The only switchback on this road affords this view of a hanging valley. (Unlike rivers, glaciers erode into steep-sided, wide-bottomed, U-shaped valleys.) Hanging valleys remain where a small mountain glacier once joined a larger valley glacier. (National Park brochure) 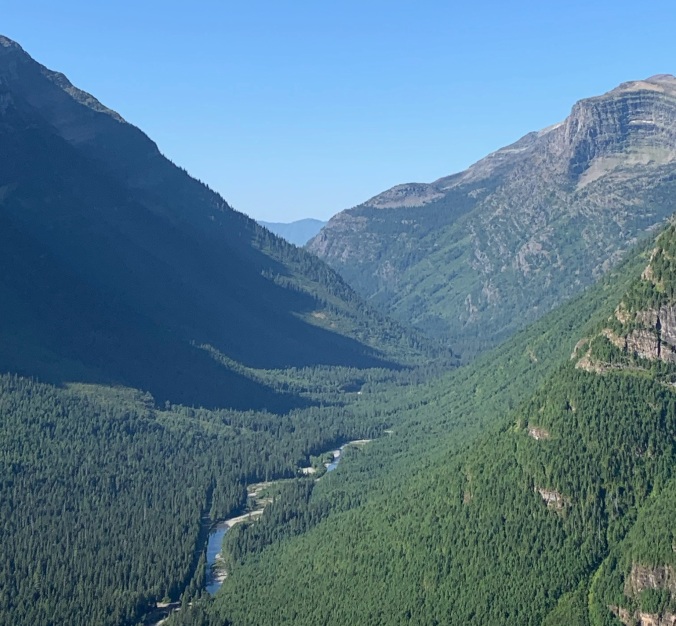 Let’s stop and talk about how earth history formed Waterton-Glacier National Park. The Park is the result of 1.6 billion years of 3 geological forces happening in the following sequence:

It all started some 150 million years ago when tectonic plates of the earth’s crust collided on the western edge of North America. This collision began a process of mountain building that continued for another 90 million years. Then, about 75 million years ago, the Lewis Overthrust Fault cracked and lifted over 60 miles of rock. The Overthrust Fault explains the sudden mountain-to-plains transition and the narrow width of the Rocky Mountains here at barely 35 miles. (I had no idea that over 1800 square miles of the Rockies lie within the boundaries of Waterton-Glacier National Park.) (nps.gov)

Meanwhile, as the newly formed mountains trapped clouds, draining rain and snowmelt became streams that fed into 3 river systems. Over time, the mountains collected so much moisture that snowfields became glaciers that grew and spread and carved out the landscape of the Park today. About 12,000 years ago the last of the great glaciers melted back, leaving today’s younger glacier ice surviving in only the highest, coldest places. (National Park brochure)

To this day, some of the oldest rocks in North America, still retaining their sedimentary characteristics, are found in Waterton-Glacier National Park.

Below, the Triple Arches Bridge, is a 3-span, 65 foot long half-bridge designed in 1927 as a less expensive and less imposing solid masonry retaining wall. Known locally as the Garden Wall, it is constructed of reinforced concrete and was built to span the deep rifts in the mountainside where the road traverses the Continental Divide. (Parkitecture in Western National Parks, nps.gov) 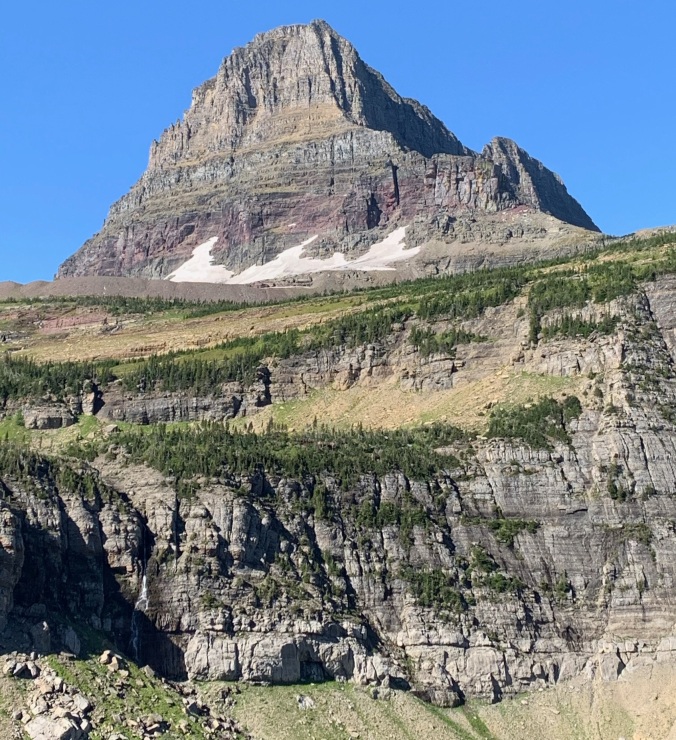 Did I mention, it’s crowded all day here? And the turnouts are usually full? That’s why I have to snap my pictures fast when we’re on the go.

Glaciers that lie against mountains erode ever-steeper cliffs by repeatedly freezing and thawing and prying rocks loose. Where glaciers surround the peak, they may eventually erode it into a tooth-like horn. (National Park brochure) 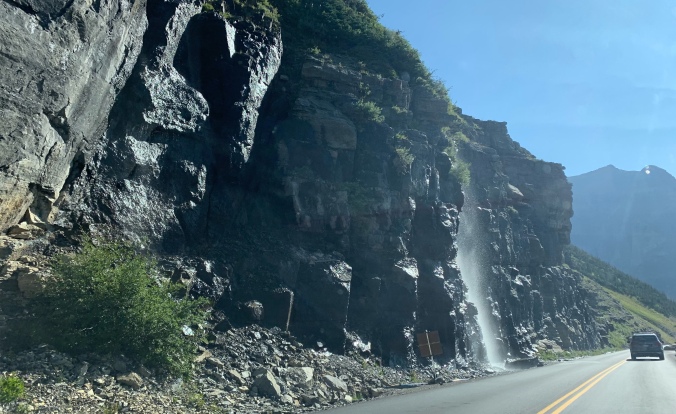 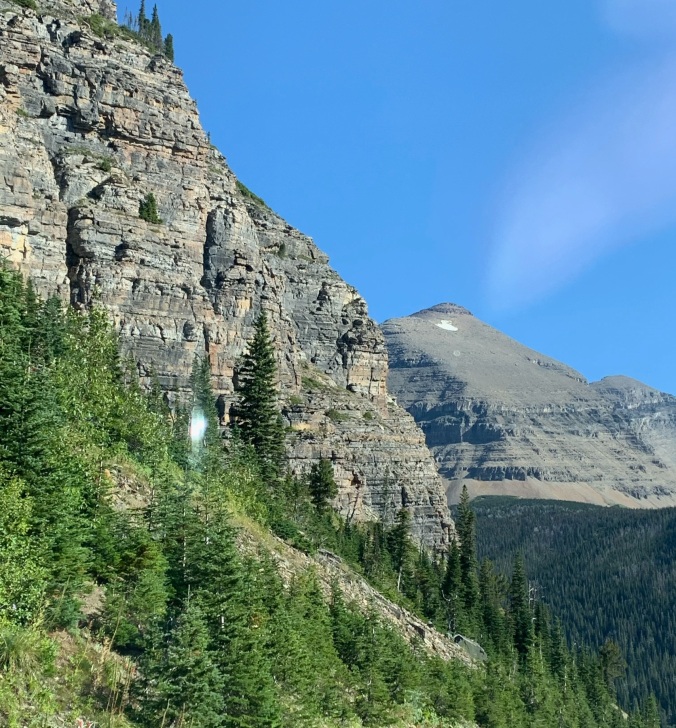 St. Mary Lake, like Lake McDonald, is a vivid blue glacial lake that fills the bottom of a large glacial valley.

I discover a UFO hovering over the mountain peaks…

We arrive at St. Mary and exit the park.