Look what popped up on the Preserve today. 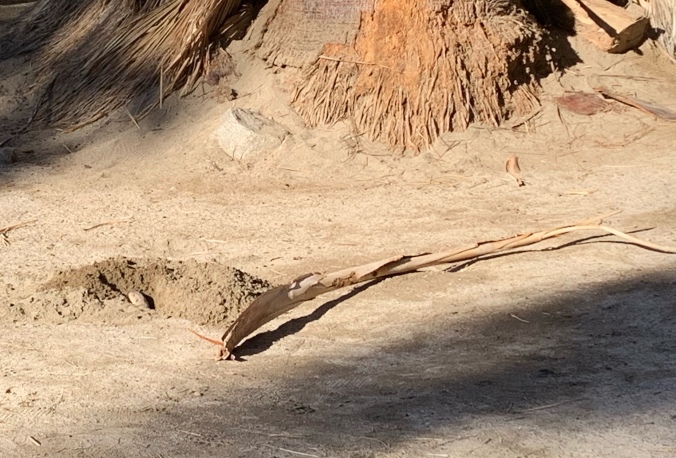 No, not a champagne cork, but a desert pocket gopher! 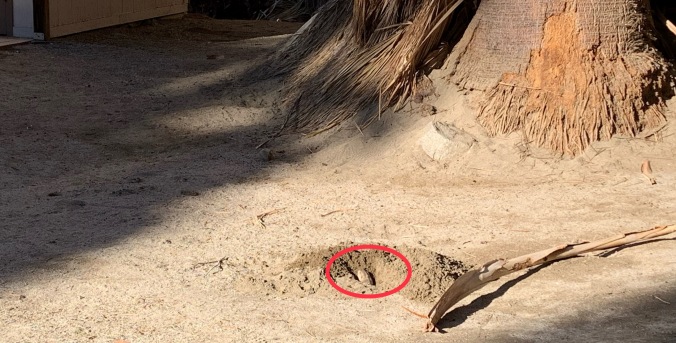 Now you see him… 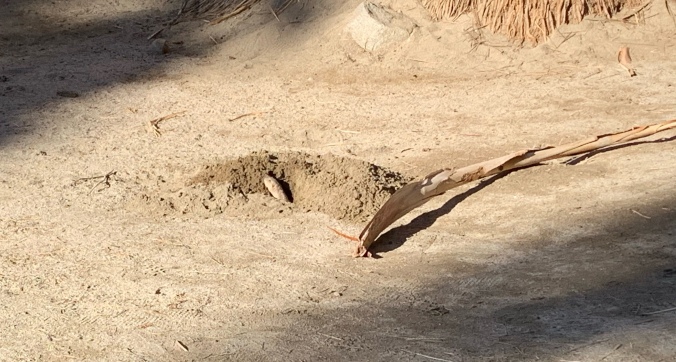 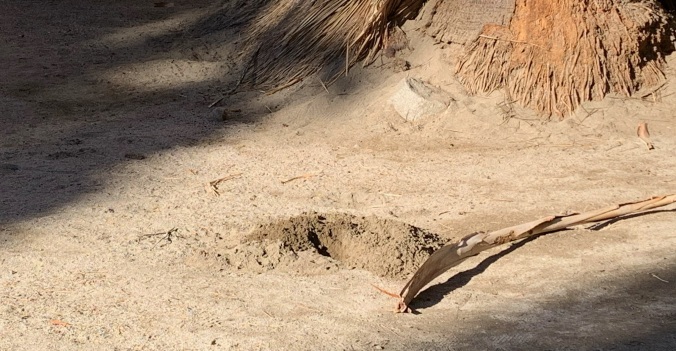 Soon after burying the entrance to his new home, he decided to add on a front porch. 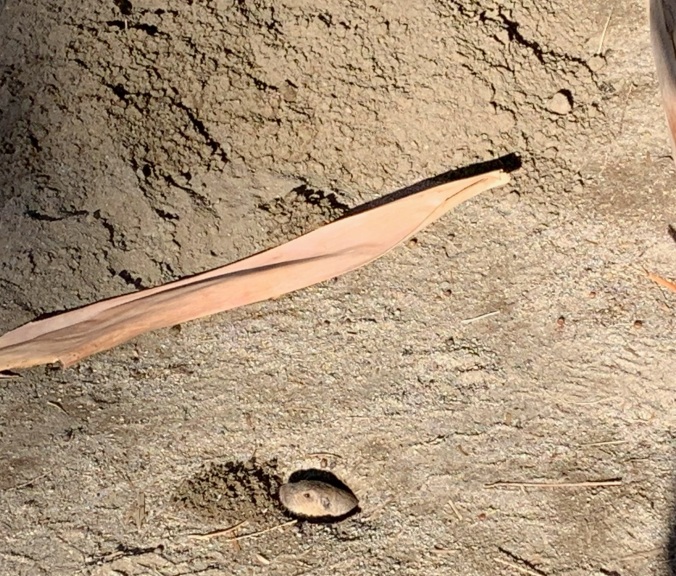 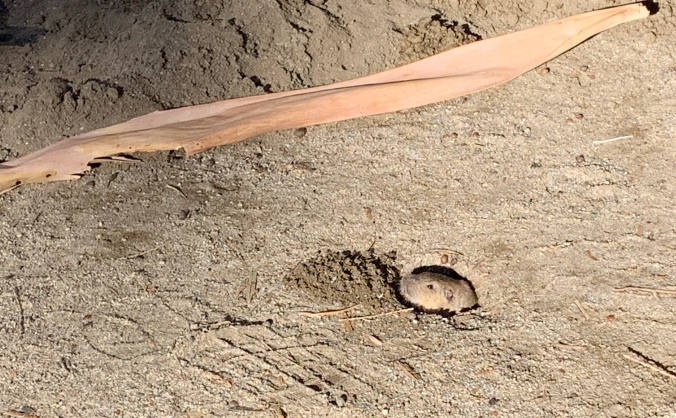 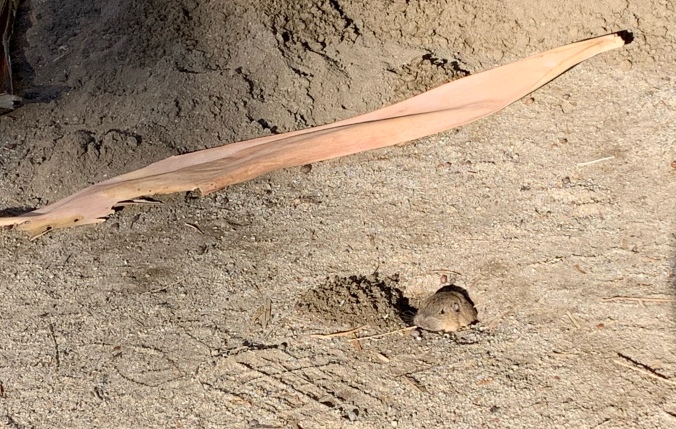 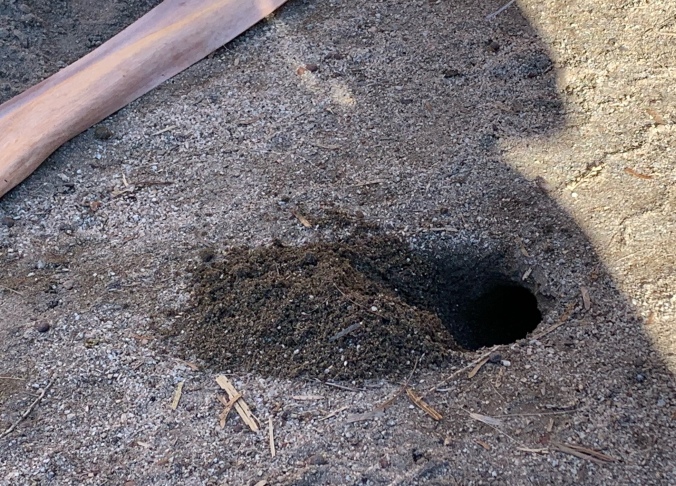 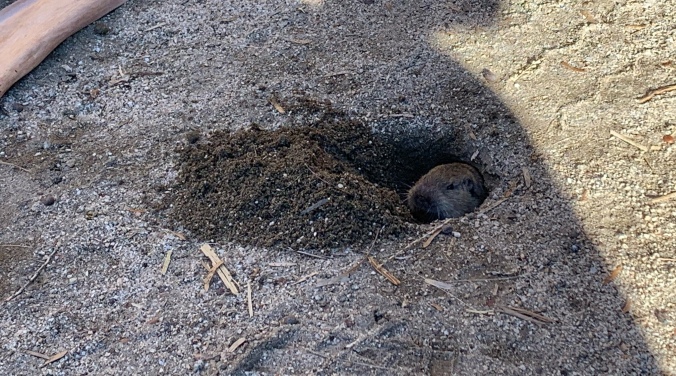 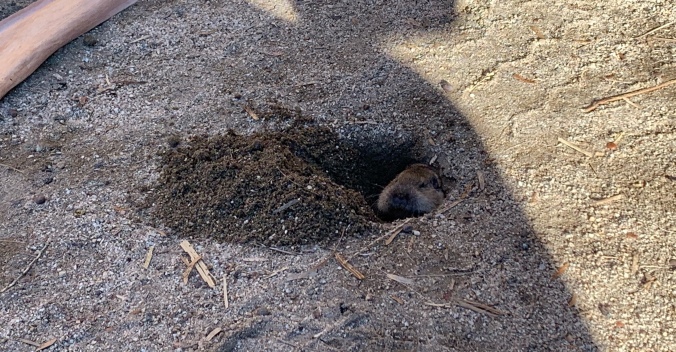 And then a backyard patio… 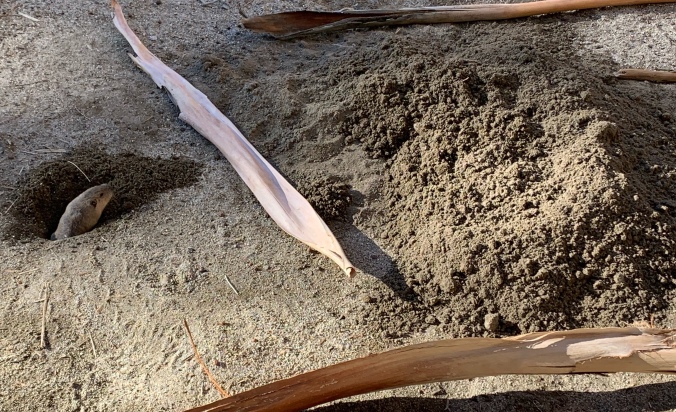 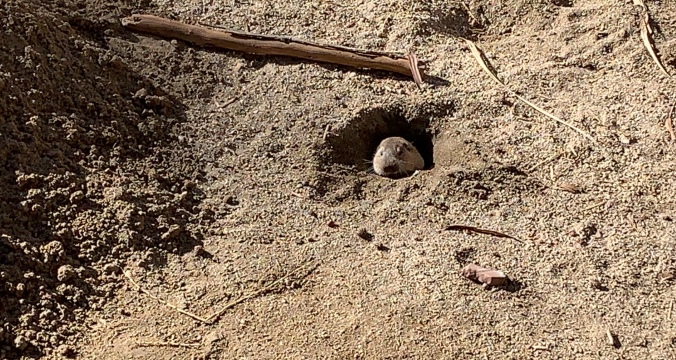 Within several days, however, Larry had moved on. 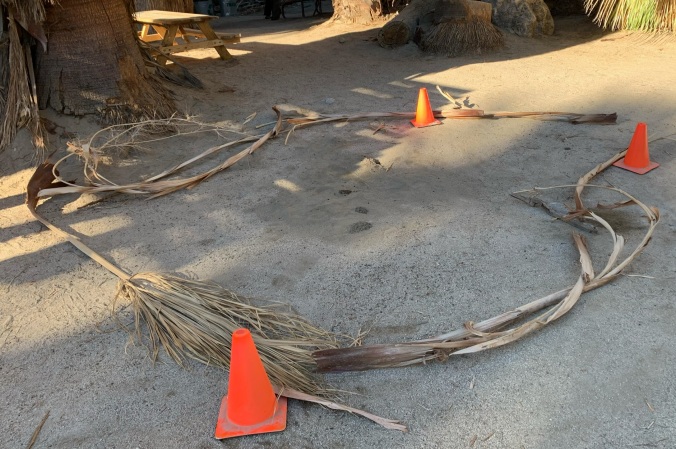 Pocket gophers are small burrowing mammals with short naked tails, tiny eyes and ears, large forelimbs, and elongated claws. Their lips close behind long incisors so they can use their teeth to loosen soil without getting any dirt in their mouths.

Rarely seen, these rodents spend most of their lives underground in their extensive tunnel system. Mounds of dirt on the surface are the only traces of activity they leave behind. These sandy dirt piles have no visible holes because pocket gophers plug the openings from underneath.

Active year round throughout the Sonoran Desert, they provide a valuable service in aerating and turning the soil. They are vegetarians, eating roots, tubers, grasses, green plants, and prickly pears. Being shy and timid and seldom leaving their underground tunnel system, pocket gophers prefer to pull plants from below ground into their tunnel. They also store food in chambers off the main tunnel. Besides storing food, these side chambers are also used as toilets and nesting spaces. Abandoned tunnels provide habitat for rabbits, mice, snakes, and lizards, as well as ground squirrels, skunks, and toads.

Pocket gophers are prey for snakes and weasels who can follow them into their burrows. Canines and badgers dig them out of the ground. Owls and hawks can quickly snatch them up if they are outside their tunnels.

These gophers are solitary animals, only coming together in spring and summer to mate. Born in nesting chambers, babies are taken care of by their mothers for only a few weeks before being sent away to create burrows of their own. Their average life span is a little less than 3 years. (desertmuseum.org and nwf.org)

One thought on “New Digs”