We spend another long day on the road driving through Lake Placid and the Adirondack Mountains. We enjoy watching the scenery change and seeing remnants of the venues for the Winter Olympics. Pine trees begin to dot the landscape. 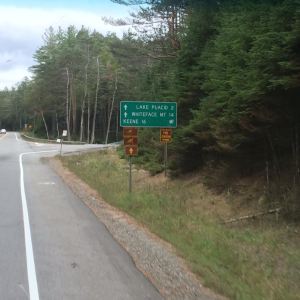 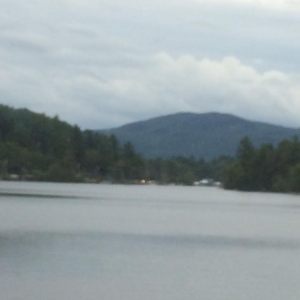 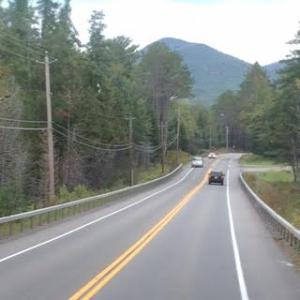 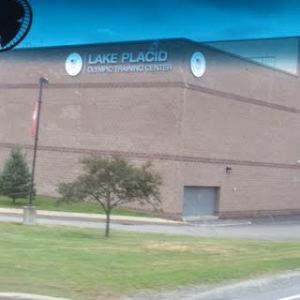 The Garmin doesn’t prove to be as helpful as we need, or maybe we just aren’t using it correctly, so we also rely on our cell phones to find RV sites for the night. We choose a place in North Hudson, NY called the Blue Ridge Campground. There it is, just off a narrow winding road where we have to partially park upon to register our stay. The road to our campsite is a harrowing, steep, and one-way incline. Have I forgotten to mention how adept Jeff’s RV driving skills have become? Notice, I have not taken the wheel yet! Our site is only 30 amps and our 30 amp receptacle does not fit. We have to borrow an adapter from the campground owner who resembles Larry David. His dry humor is a perfect match also. We mutilate his adapter because our newer adapter and cord are just too heavy. So, we have electricity for a few minutes and then we come unplugged. Oh well, we still have water. Also in our favor is the next door bath house. For 25 cents Jeff and I can take 5 minute showers! 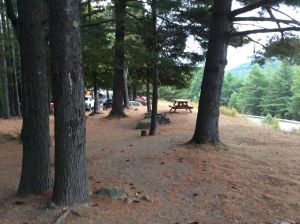 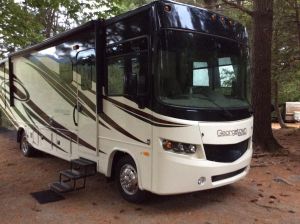 About the Adirondack Mountains

Situated in the northeast of upstate New York, the rocks of these mountains began forming 2 billion years ago as the sediment at the bottom of a sea near the equator. Continental drift caused the sediment to collide in what is now North America and a mountain formed. The sedimentary rock became metamorphic rock. This process created proterozoic rocks such as wollastonite, magnetite, hematite, graphite, garnet, anorthosite, marble, zinc, and titanium. Six hundred million years ago this area drifted apart and what is now North America and Europe formed the Atlantic Ocean. Faults formed valleys and lakes and eventually the mountains eroded into a shallow sea, accumulating several thousand feet of sediment. Some 10 million years ago this same region began to be uplifted to its present height of 7,000 feet. This uplifting continues, for some mysterious reason, at a rate of about 2 millimeters per year. Geologists theorize that the uplift is caused by a hot spot in the earth’s crust. The earliest written use of the name Adirondacks was Rontaks in 1724 by a French missionary. His translation was tree-eaters. In the Mohawk language Adirondack means porcupine, an animal that may eat bark. A map from 1761 labels the mountains Deer Hunting Country. In 1837 the mountains were officially named Adirondacks. (from en.m.wikepedia.org) 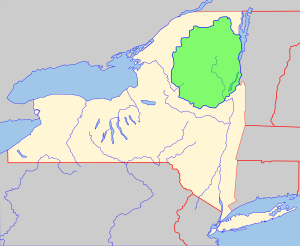 In the early 1800s Lake Placid was founded to develop an iron ore mining operation. By 1840 six families lived here. In 1845, Gerrit Smith bought a great deal of land here and granted large tracts to former slaves, demonstrating his support of abolitionism. When John Brown, the famous abolitionist from Kansas heard about Smith’s reforms, he purchased 244 acres and moved here. This parcel later became known as the Freed Slave Utopian Experiment or Timbucto. John Brown requested to be buried on his land and after his execution in 1859 the site was preserved as the John Brown Farm State Historic Site. By the late 1800s the rich and famous used Lake Placid as a leisure time resort. Melvil Dewey of the famous library classification system, designed the Placid Park Club in 1895 and inspired the village to change its name to Lake Placid. By keeping Dewey’s club open during the winter, winter sports became popular here as well as tuberculosis sanitariums. In 1929, Melvil’s son, Dr. Godfrey Dewey convinced the International Olympic Committee that Lake Placid had the best winter sports facilities in the U.S. The Lake Placid Club hosted the 1932 and the 1980 Winter Olympics. (from en.m.wikepedia.org)