We leave Bonneville Dam, traveling east, and in 4 miles cross into Washington over the Bridge of the Gods. The Pacific Crest Trail also crosses the Columbia River here. 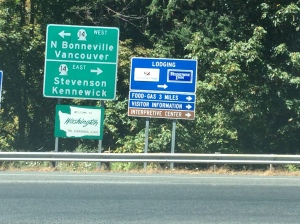 Today it is a steel truss cantilever bridge built in 1926 and further elevated in 1940.

Geologists confirm this story with modern dating techniques. In 1450 a large landslide, originating from Table Mountain and Greenleaf Peak, sent a huge amount of debris south into the Columbia River, creating a natural damn across the river. (en.m.wikipedia.org)

The chief of all gods, Saghalie, and his 2 sons traveled down the Columbia River in search of a place to live. Upon finding the perfect place, the brothers squabbled over who would settle where. To solve the dispute, the father took up his bow and shot one arrow to the north and one to the south. Now both brothers had a place to settle.

Saghalie then built a bridge connecting the 2 settlements so the brothers could get together periodically. He named the bridge, Tanmahawis, the Bridge of the Gods.

Peace reigned until both brothers fell in love with the same beautiful maiden who could not choose between them. As the brothers fought over her, the earth shook so violently that the bridge collapsed into the river and produced the Cascade Rapids encountered by Lewis and Clark. (en.m.wikipedia.org)

So, now I invite you to sit back and enjoy the view, from my passenger’s seat, of the Washington side of the Columbia Gorge. 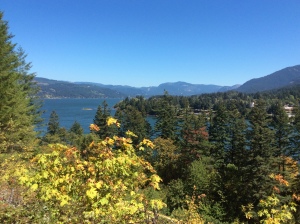 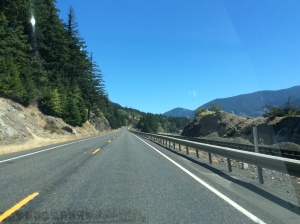 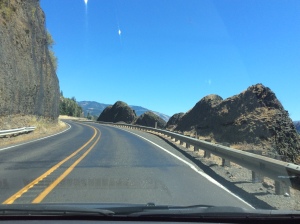 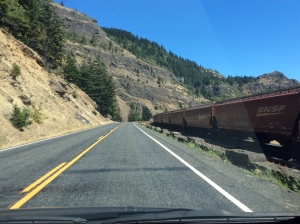 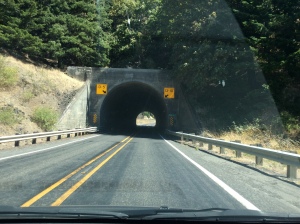 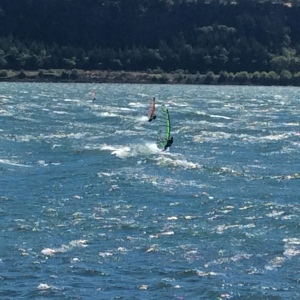 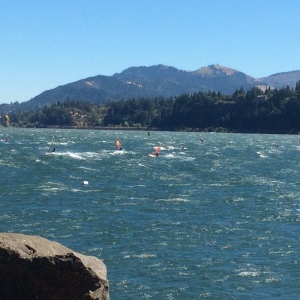 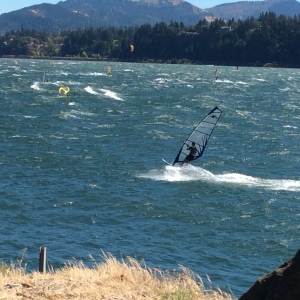 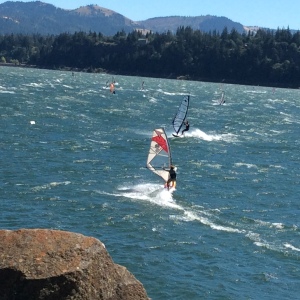 Recognize the mountain to the east?

We cross the White Salmon Bridge

and re-enter Oregon at Hood River.