Beyond the Mission Grounds

Before leaving Mission San Juan Capistrano on its early 12 noon closing on this Good Friday, I capture these beautiful pictures of the flowering grounds: 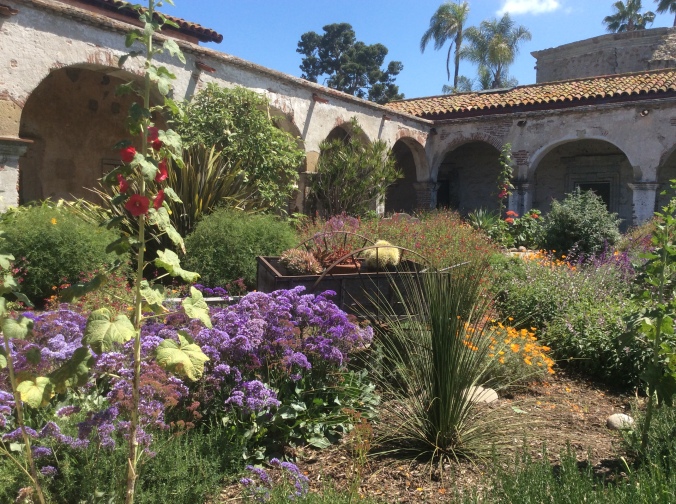 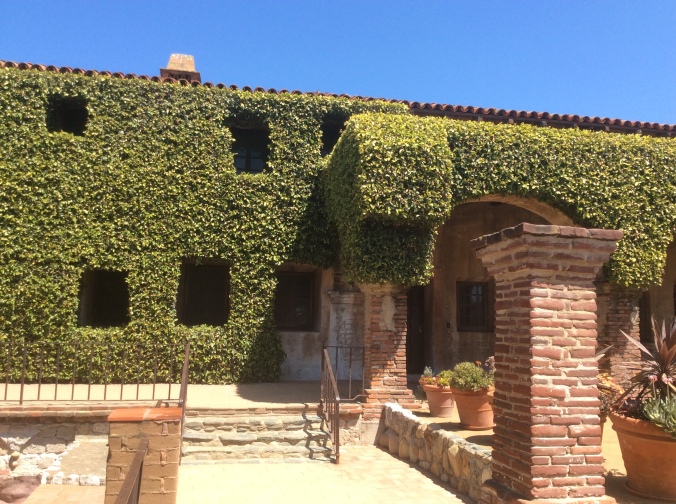 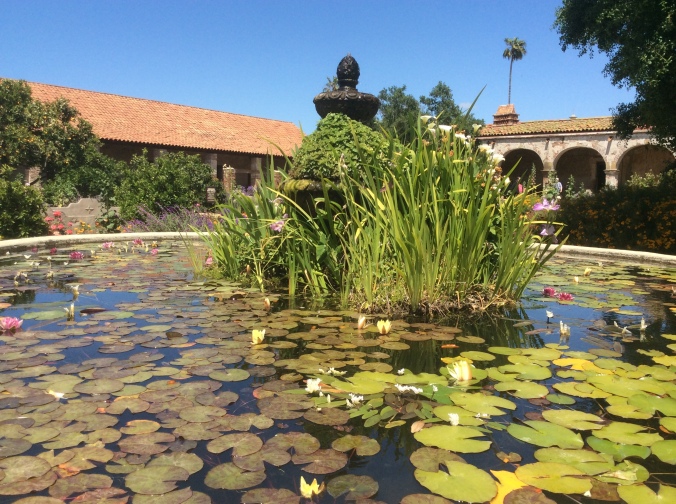 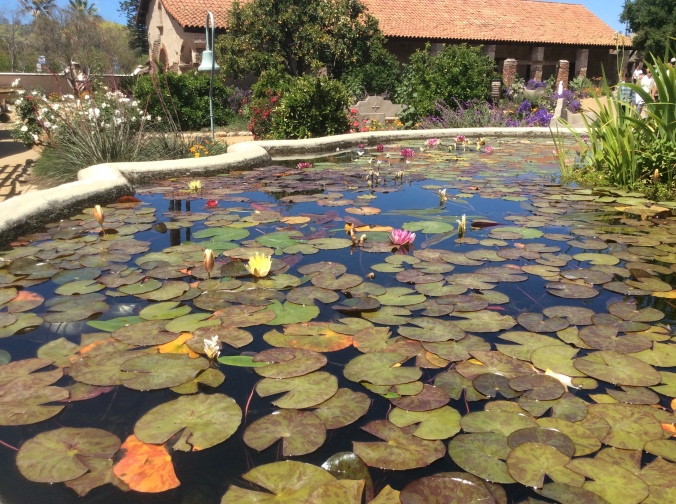 A block away from the Mission is the Los Rios Street Historical District, the oldest neighborhood in California.

According to the historical marker, Native Americans of the Acjachemen Nation lived here before Mission San Juan Capistrano was established in 1776. In 1794, 40 adobe structures were built for the newly converted Native Americans, 3 of which still remain. 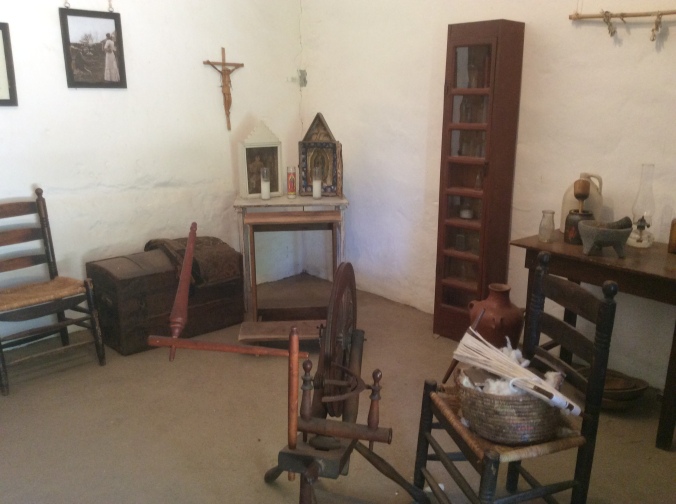 Today most of the homes  along Los Rios Street are wood-framed buildings of  board and batten built between 1887 and 1910. (plaque on site) 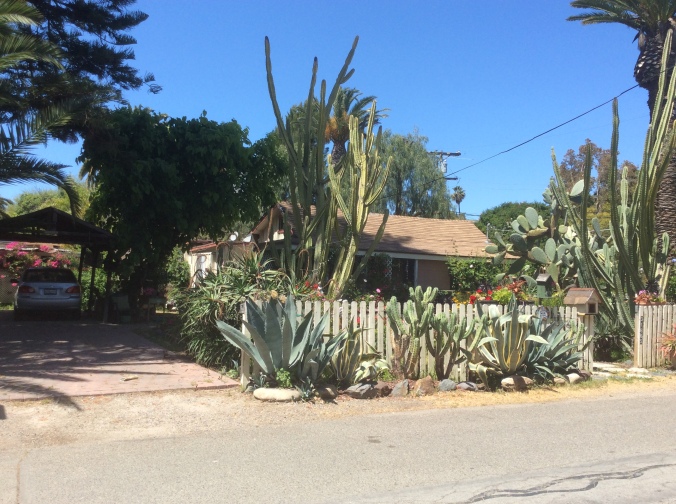 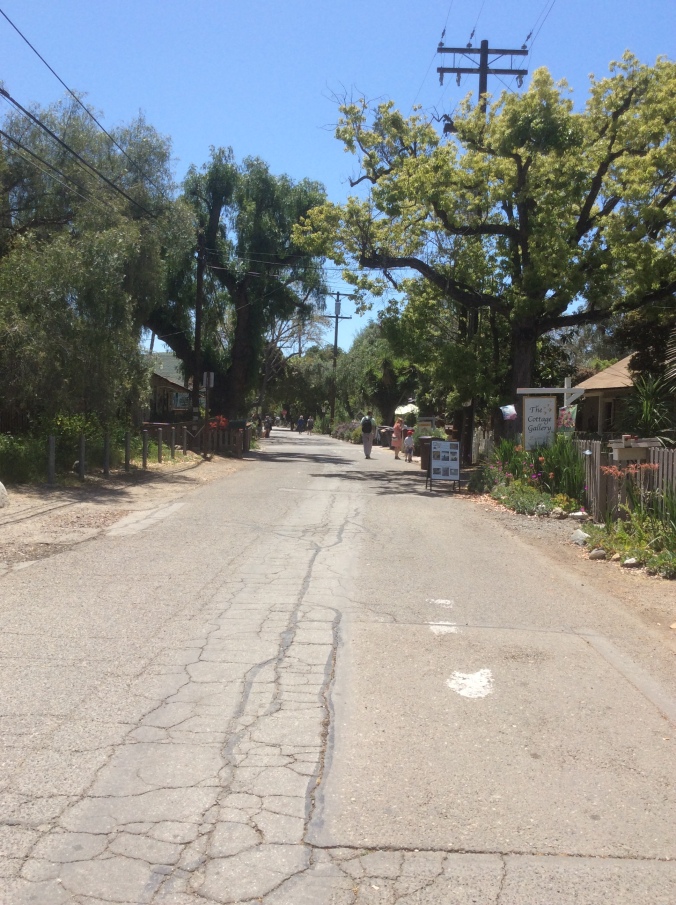 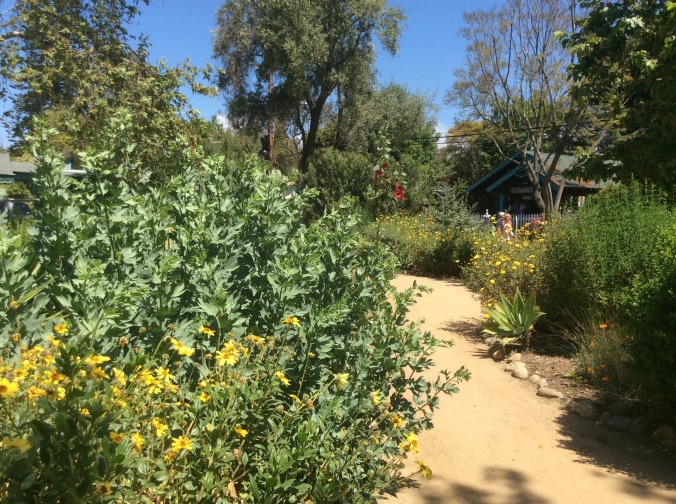 and a lot of history! 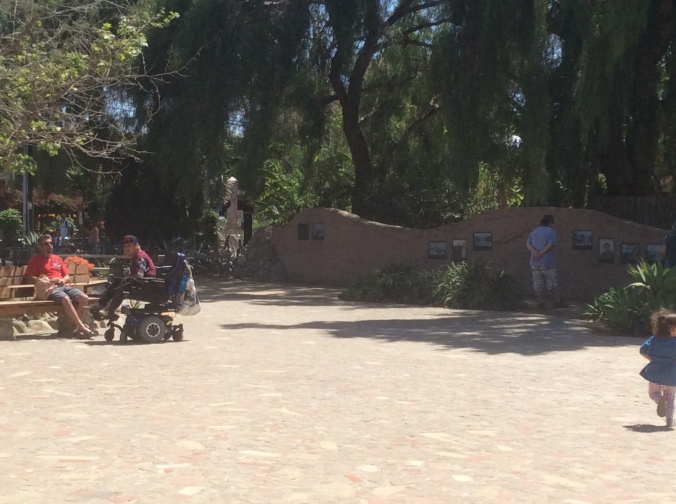 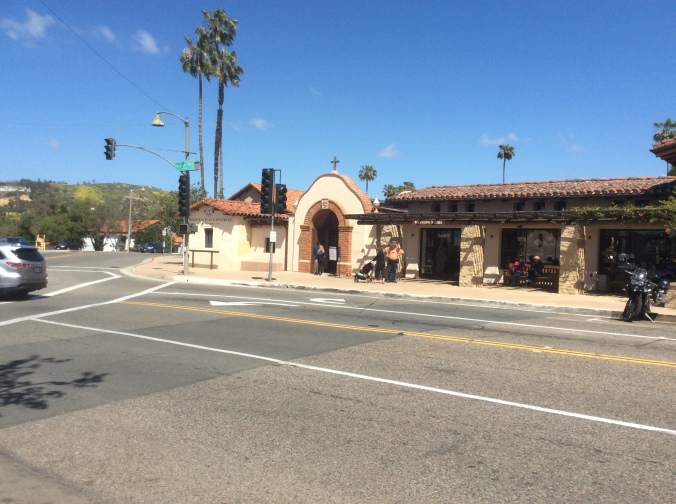 The ruins of the Mission of San Juan Capistrano are just across the Ortega Highway from Lake Elsinore. 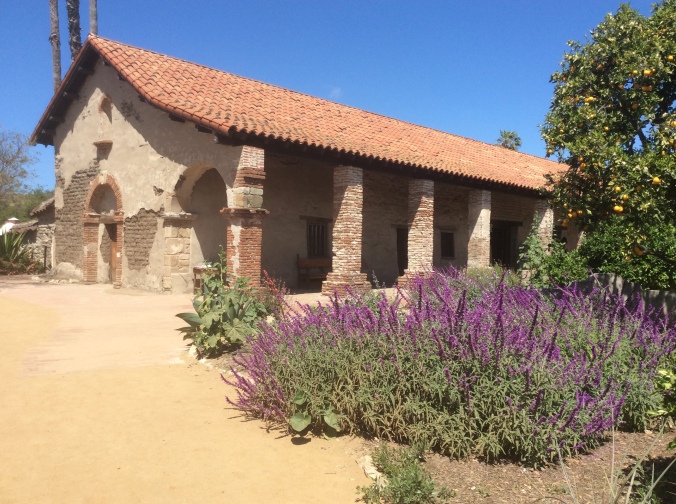 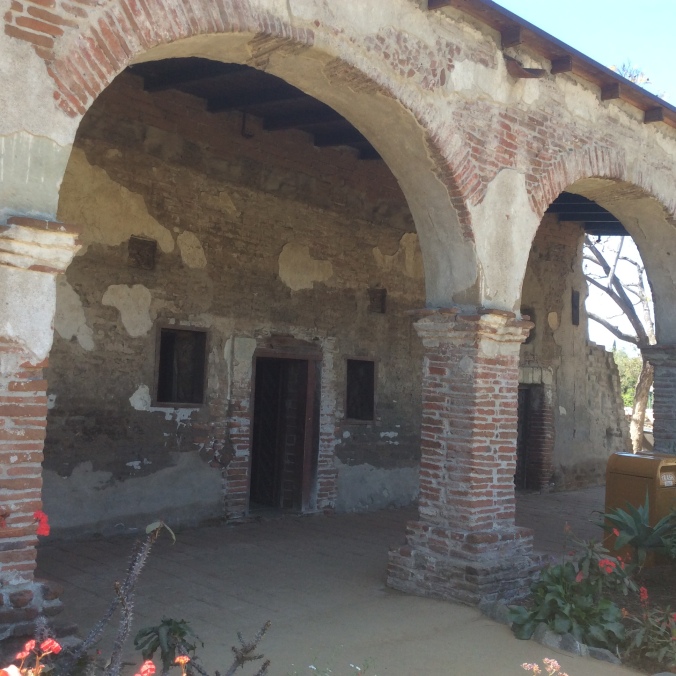 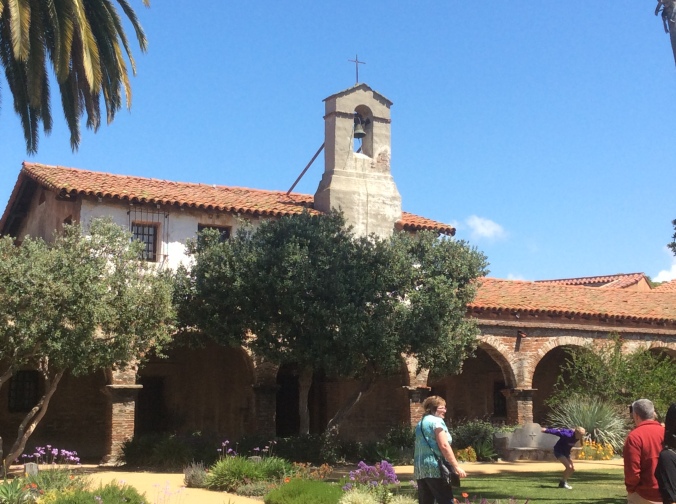 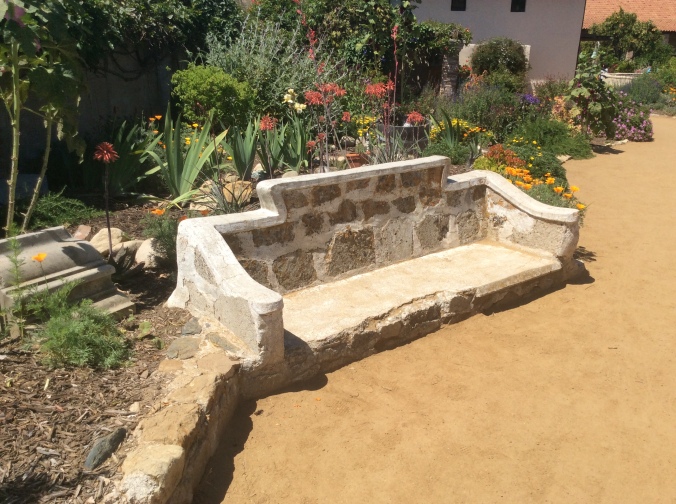 The Spanish mission was founded by Franciscan friars when Las Californias was a colonial territory of Spain from 1768-1804. It was named for San Giovanni, a Catholic saint and priest from the town of Capestrano in the Province of Abruzzo, Italy. (en.m.wikipedia.org) 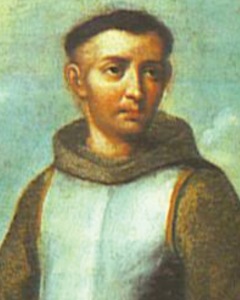 John was born in 1386. His father died when he was quite young and his mother valued his good education. He studied law in Perugia and later was appointed governor. His high ethical standards and commitment to justice earned him a renowned reputation. While mediating between 2 warring cities, however, he was thrown in jail where he received God’s call and became a Franciscan in 1416. He studied theology under St. Bernardine of Siena and later helped him reform the Franciscan order which was growing corrupt. John earned the respect of secular leaders across Europe who often sought his counsel. At 70+ years, he planned, led, and executed a crusade to defend Europe from Turkish invaders, earning him the nickname, the soldier saint. He died from the plague in 1456. His feast day is commemorated on October 23rd, the birthday of my son, Andy. (legatus.org)

According to missionsjc.com, the Mission’s Museum website, Father Fermin Francisco de Lasuen, a Spanish missionary and Franciscan padre, came to California in 1761. Further details from gocalifornia.about.com explain that he and Father Gregorio Amurrio were sent to what is now Mission San Juan Capistrano to say Mass and establish a mission.

After constructing an arbor, hanging 2 bronze bells from a branch of a nearby tree, and erecting a cross, Father Lasuen consecrated the grounds on October 30, 1775.  Within a few weeks, however, the founding padres and soldiers were summoned back to San Diego where a mission had been attacked and a missionary murdered. But before leaving, the 2 founding missionaries buried the original bronze bells. (en.m.wikipedia.org)

The historical marker on the premises preserves the Founding Document. 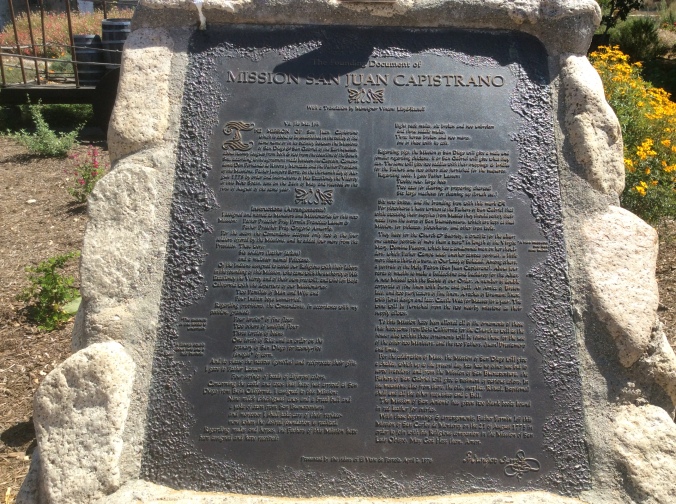 Not only did Father Serra celebrate Mass here, but it is the oldest building in California which is still used today as a mission parish. (en.m.wikipedia.org.) 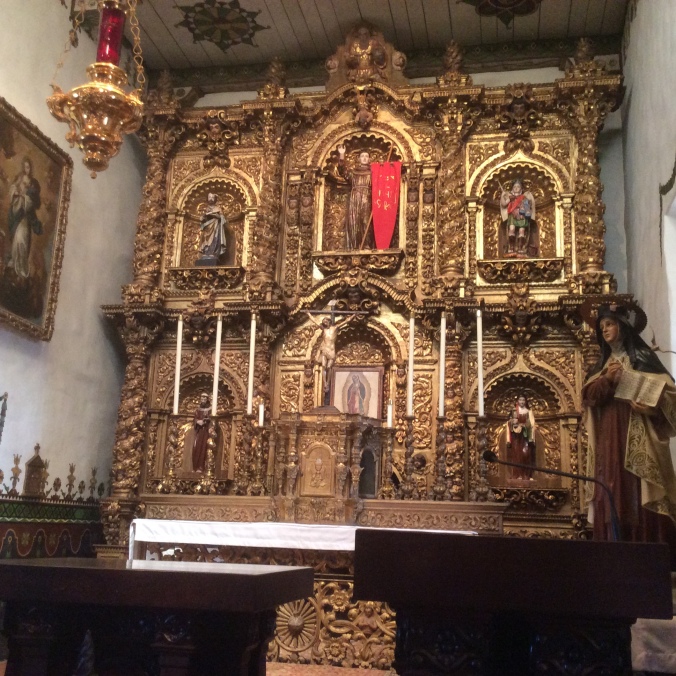 Here is a closer view of the elaborate pulpit: 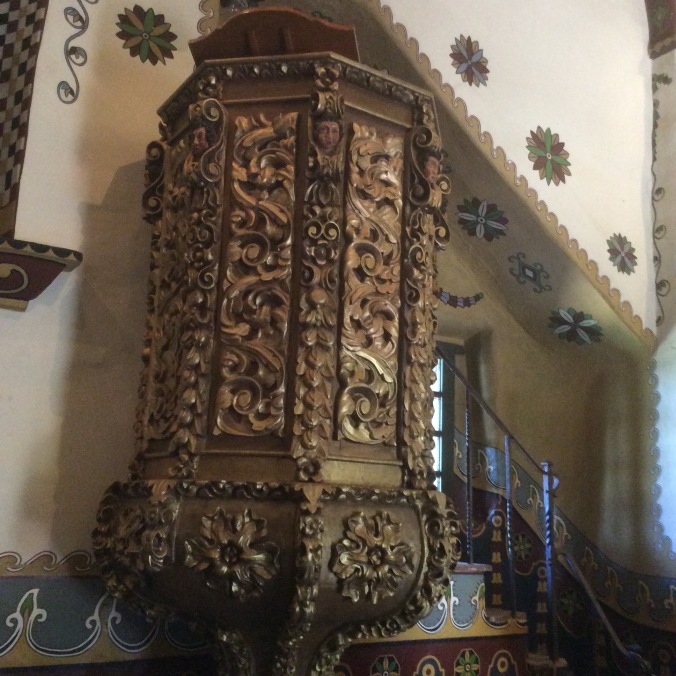 This is the side altar dedicated to St. Joseph:

Along both sides of the walls are 14  paintings of Jesus on the day of his crucifixion, known as the Stations of the Cross. The day we visit is Good Friday and one couple is seen here stopping at each station to say selected prayers and reflect upon the final sufferings of Christ.

The goal of the Mission was to expand Spain’s territories while spreading Christianity to the Native peoples of California. Led by Franciscan friars (padres, priests) and Spanish soldiers, the colonial outpost would become a center for learning and training for the  Acjachemen, the indigenous peoples living here.

Below is a picture of a Native American communal grinding stone found on the premises. 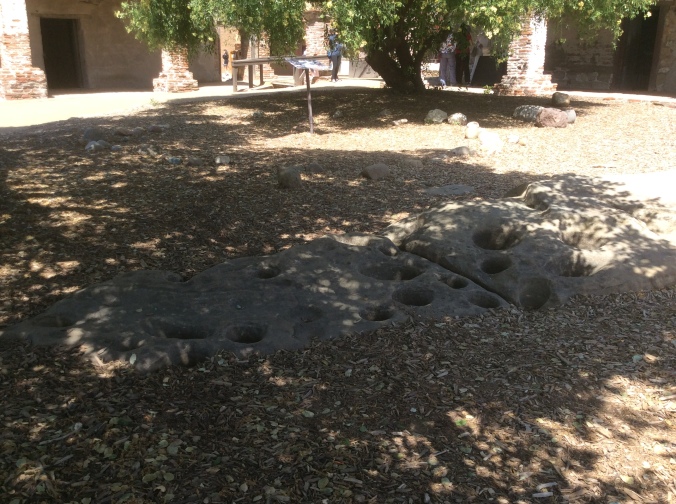 The indented bowl shapes held the grains that were pounded down by pestle-like tools. (Can’t you just imagine me in a past-life with several other women gathering under this shady spot to work and gossip?)

After converting to Christianity, the Native peoples would be called Juanenos. They received new names after being baptized,  learned to speak a new language, adjusted to new social customs, were taught new skills, and lived under a new set of rules, one of which was to not leave the grounds without permission. (missionsjc.com)

Founding a mission was no easy task.  The Spanish government and Catholic Church provided funding for the first 5 years, after which the mission was expected to be fully self- reliant. So, besides their theological role, the Padres had to master new job titles, such as: teachers, architects, farmers, ranchers, supervisors, accountants, musicians, builders, and medics. (plaque on site)

Below are some museum models of the Padres’ rooms: 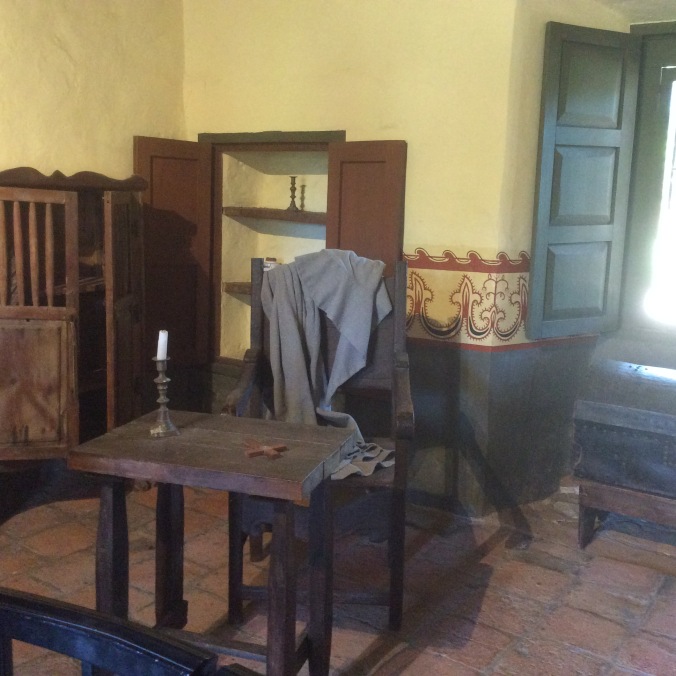 Note the shadow on top of the wall just right of center. The most beautifully simple and rustic crucifix is there…

When Spain granted permission for the founding of a new mission, a group of 4-6 soldiers, known as an escolta, was assigned to protect the mission and its Padres. The soldiers lived in a cuartel separate from the main mission compound. (factcards.califa.org)

By 1794 over 70 adobe structures were built to accommodate the growing population of the Mission. Some still stand today in the oldest residential neighborhood of California. (en.m.wikipedia.org)

In 1806 over 1,000 people were living at the Mission and raising over 10,000 head of cattle. That same year “The Great Stone Church” was completed.  Unfortunately this magnificent church collapsed during an earthquake in December of 1812.(missionsjc.com) 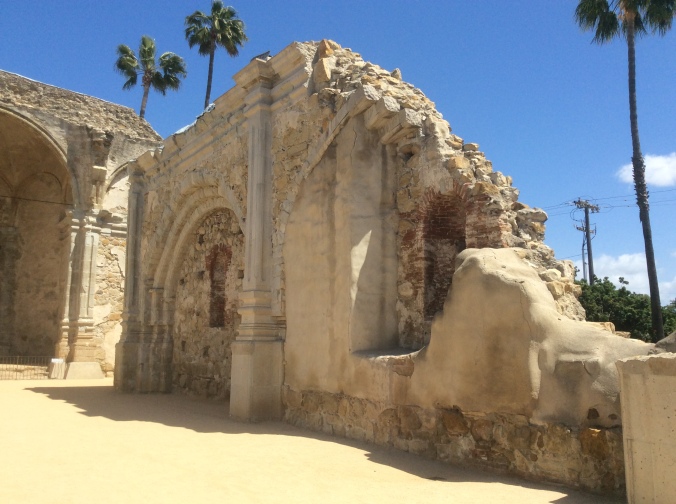 Within a year a brick bell wall was built, with salvaged bells from the wreckage, between the remains of the stone church and the Mission’s first chapel. (en.m.wikipedia.org) Today this courtyard is known as the Sacred Garden. 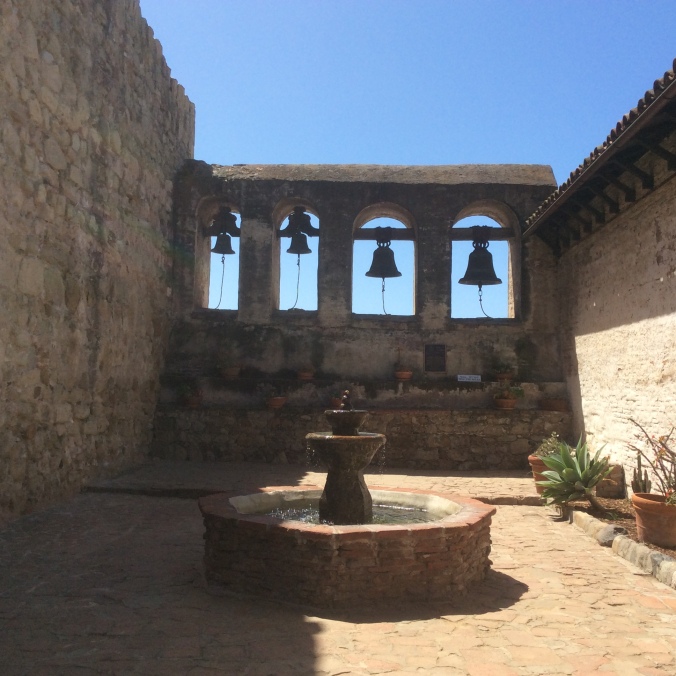 I didn’t mean to ramble on so. There is so much history here to digest and reflect upon, such as, were the indigenous peoples converts or slaves? But I will leave these thoughts for a later time…

And I haven’t even shared the pictures of the beautiful blooming grounds yet or the historic downtown district! Stay tuned for San Juan Capistrano, Part  2.